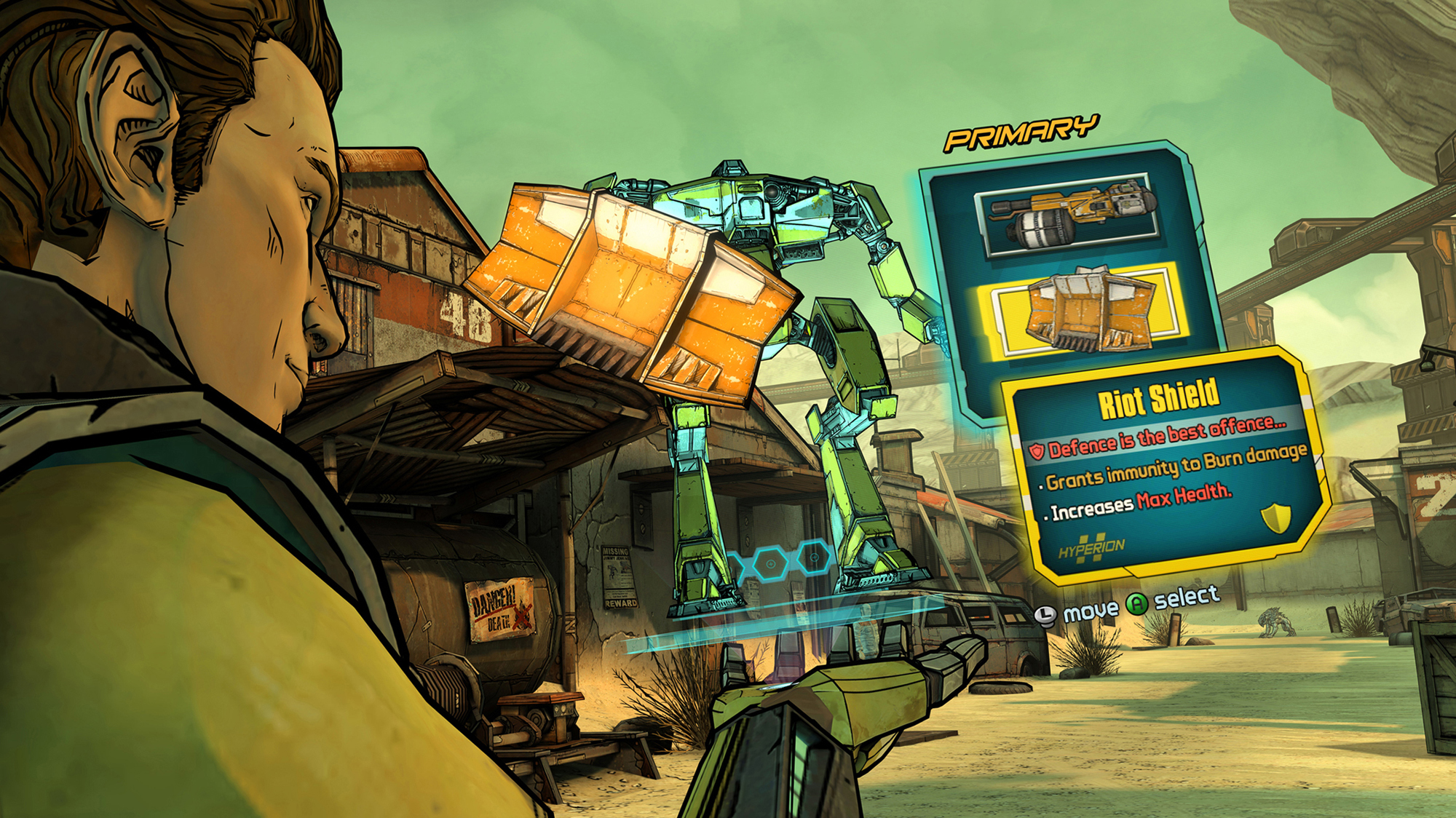 I love you, Loader Bot.

I’m not going to pretend that you can judge an episodic game by its first episode, but Tales from the Borderlands: Zer0 Sum is the most fun I’ve had with the first episode of a Telltale game.

I’m not sure of how you can really judge a first episode, but my mind is racing nonetheless. I’ve been here before and I’m trying to keep my expectations under control. There are some new twists to the Telltale formula that Tales brings to the table that I really like alongside some concerns that this may ultimately be a forgettable adventure.

I’ll keep this spoiler free, but if you want to catch up on Episode 1 – here is my full playthrough:

Excitement for Tales from the Borderlands

Multiple Characters – I had no idea how the structure of each episode would work with two characters, but the thing I enjoy the most about the first episode is seeing choices I make as Rhys replayed or intertwine with my choices I make with Fiona and vice versa. I still feel ownership over the nuances to each character and I like figuring out how I want them to interact with each other.

Liars – You play as two con artists, and it’s fun as hell to lie, embellish, and manipulate other characters in the game. It never turns out how you’d expect. Most games in this genre I have played as a character that is trying to survive and who has all of his/her cards out on the table. Keeping my motivations to myself feels refreshing and the characters are stronger for it.

Humor – It’s been a while since Telltale had any fun. I love its other games, but recently most of them are pretty gritty and grim experiences. On the other hand,Borderlands games are just silly and the humor is easy to ignore. Tales from the Borderlands is genuinely funny and through one episode (I know that’s not much) it is both the best written Borderlands game and the funniest Telltale game of the last few years. It’s a great shot in the arm for all involved.

Action Sequences and Pacing – Aside from the introduction to Rhys and Fiona, most of the episode moves from action sequence to action sequence. I don’t normally enjoy the action in Telltale adventures, but Borderlands is as much about the weapons as it is the locale so things had to get heated. The pacing combined with the humor keeps things lighthearted without detracting from the sense of danger and chaos that make all of your decisions so nerve wracking and enjoyable.

Voice Acting – Did the voice casting budget go up a notch? Or maybe I’m just a sucker for Patrick Warburton and Troy Baker. Chris Hardwick was a nice surprise, but Laura Bailey (Fiona) stole the show.

May be good for Borderlands – I’ve always enjoyed the personality of Borderlands on the surface level, but I’ve never cared to dive any deeper. I’m still not sure the game really needs it. However, if the series is going to continue to grow it has to give us more to care about. I already like Rhys and Fiona and their little crew. They are even capable of making me care and learn more about existing characters in the universe. I expect that care to grow throughout the series, and that may just be the key to making me invested in the Borderlands universe for good. I’m already a bit giddy when I think about where Borderlands 3 may go. 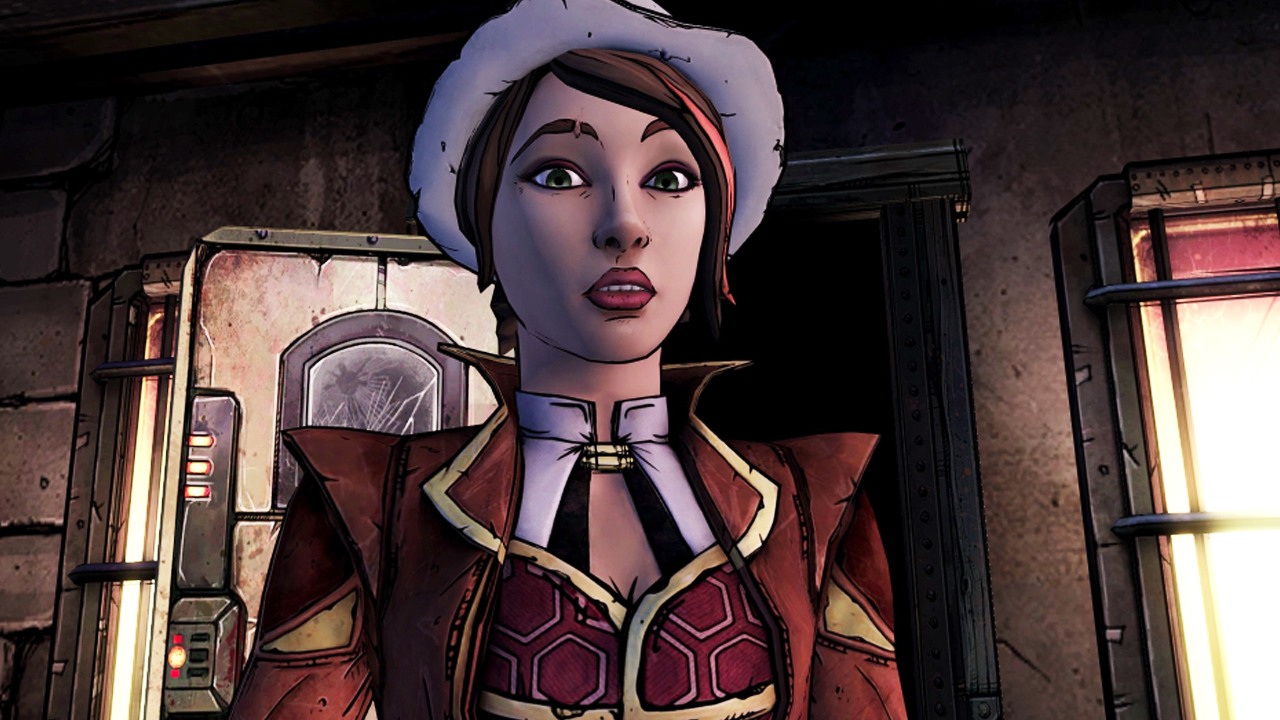 I’m as surprised as you, Fiona.

Concerns for Tales from the Borderlands and Telltale’s games

Formula Fatigue – I’ve played quite a bit of Telltale’s games the last 3 years, and the releases aren’t slowing down. At some point I’m going to get tired of the core gameplay and decision making. Right? For now, Telltale mixes things up in smalls ways to help push me through, but a bigger change may be necessary beyond this series.

Clunky Action – I don’t mind the action sequences in Telltale games, when they work. I haven’t died in Tales from the Borderlands, but if I hit a wall later in the series I won’t have much patience for it. Replaying sequences isn’t fun when we are all just here for the story sequences. Fail states can matter.

The wait for episodes for the sake of episodes – I’m torn on my appreciation for episodic gaming. I like being able to play in small doses, but waiting more than a month for another episode is getting old. If I knew Telltale could stick to a schedule, I’d play one episode at a time, otherwise I feel like I’m going to regret not waiting until all of the episodes are out. On the other hand, historically some of Telltale’s episodes feel like they have arbitrary cliff hangers and are filler episodes. I want it to tell the story it wants and not have the story suffer because it has to be split up.

Satisfying conclusion – Similar to the episodic problem, I want the conclusion of this series to have an ending that matters. I don’t want it to just be a means to another season.

I’ve really enjoyed the evolution and variety of Telltale’s games recently, but I kind of figured that I’d have to sit out one of these series eventually, since I tend to enjoy bouncing between genres. I was ready to pass on Tales from the Borderlands and just one episode in, I’m thrilled I didn’t write it off. I cannot wait to see where this series goes and to see how it improves other Telltale games and Borderlands games. I have no idea why Telltale and Gearbox decided to make this happen, but I’m glad they did. Out of the gate, this is my favorite first episode Telltale has made.

Tales from the Borderlands: Zer0 Sum was released in November 25, 2014 for PC, PlayStation 3, PlayStation 4, Xbox One, Xbox 360 and PlayStation Vita, and is coming soon to mobile platforms.