Elvis Costello said it best in his song “Accidents Will happen”. Accidents will happen, there is no such thing as a sure thing, no insurance for anything less than perfection and the more greed and ignorance involved in a situation the more likely it is for that situation to implode. Preparedness is the one and only key to assist in the inevitable. Such are the lessons I learned from Resident Evil.

The Lessons of Resident Evil

No, we don't sell what you think

Charity is a smoke screen

I learned something today. Big business has used the smoke screen of charity for years to draw attention away from their true goals. One can assess the evil of a corporation based upon how giving it is. Donations to a food pantry equal a pretty low evil scale but pumping billions into a small mid western town speaks volumes about the nature of a company’s shady dealings. Sure the kids have a new playground and town hall is filled with ornate art, but that secret underground facility reeks of death and the missing neighborhood pets are starting to add up. If a super corporation starts donating to your town, you need to move. Thanks, Resident Evil.

Never Bring a knife to a mutant fight 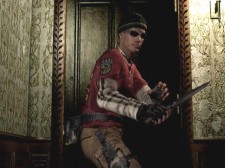 Those sunglasses don't hide the stupid

I learned something today. I’m sure the STARS team didn’t expect zombies and giant spiders, but the lackadaisical prep work that went into the investigation of the spooky mansion was juvenile at best. Under preparation and over confidence are two things that can make a bad situation even worse. Limiting the unknowns can increase one’s odds in most any scenario life throws at you. Thanks, Resident Evil.

Resource management is key above all else

I learned something today. As fun as tossing caution to the wind and shooting everything can be, sometimes you have to be frugal with your ammunition expenditure while exploring the Umbrella facility. This is a great metaphor to make when speaking in references to one’s own resources, especially money. Sure having a willy nilly approach to savings is fun in the present, but when the crap hits the fan, you won’t have a buffer to fall back on. Thanks, Resident Evil.

Be kind to strangers

I learned something today. There are times in our lives when strangers appear in the most incovinient circumstances. While its easy to ignore them or  act in an unkind manner, you never know what sort of benefit they may have to your life. Even a kind word or nod in their direction could set forth a course of events that end up with you benefiting in the end. Maybe they have a contact to that job you’re wanting or perhaps they’ll appear at the last minute to deliver a missile launcher during your fight with a mutant. Either way, only good can come from having an open heart. Thanks, Resident Evil. 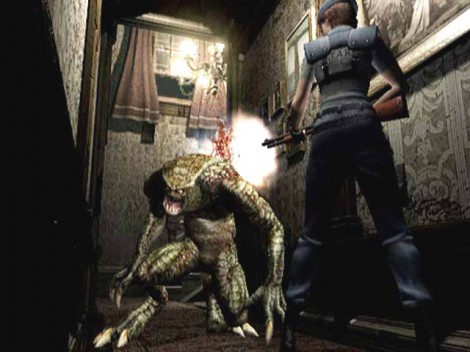 Good thing you saved up on shells

Hind sight is always 20/20, but foresight is key. Certain situations can be avoided or managed effectively if the proper amount of thought and action are combined. Play it on the safe side, watch for the signs and if push comes to shove, load up your missile launcher and sit back. Thanks, video games.