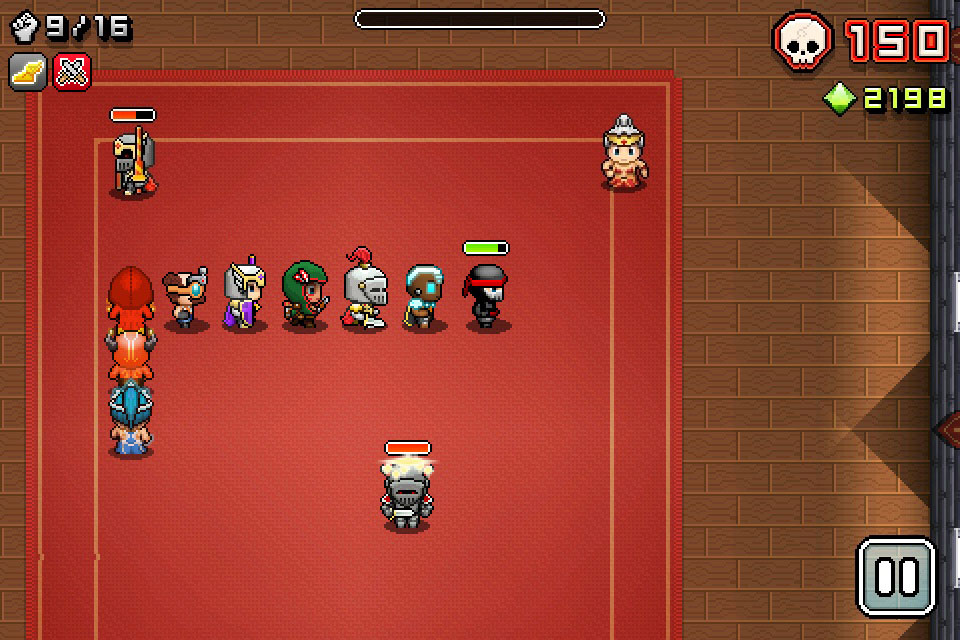 The Heroes walk single file in order to hide their numbers

Nimble Quest has been my goto few-minutes-to-kill mobile game for over a year now. A game developed by NimbleBit, creators of Tiny Towers and the short lived Star Wars: Tiny Death Star.

It’s a snake type game where you move an ever growing train of heroes with the flick of a finger. You can move the train up, left, down, and right. Like the original snake, you can’t pass over your “tail” or, in this instance, you’ll lose the heroes you pass over. Just like in real life, you need to mind where you are walking at all times, or you may just walk over and kill someone.

Nimble Quest has a fantasy, medieval style with every link in the snake being a knight or wizard of some variety with their own armor rating and unique attack. You begin the game with three heroes available, requiring you to unlock the remaining 13. You unlock a new hero after completing each new stage. The enemy count increases along with their strength so I’ve only recently unlocked all 16 heroes. It may have involved an in-app purchase or two. You collect gems from killing enemies and completing stages. The gems are then used to upgrade your heroes. Green gems are worth 1, Blue gems are worth 5. You can pay $4 to unlock the Red gems that are worth 10. Which I shamefully went ahead and did since it was taking forever to collect the 40,000 gems required to fully upgrade a single character. Interestingly enough, I did that because I felt like I was wasting my time… even though I explicity play this game when I need to waste time. Mobile gaming is a strange thing.

What keeps Nimble Quest replayable is its simple RPG design. There are 13 characters to unlock, and each character can be upgraded three times. Increasing its attack damage, its armor rating, its attack speed, or by giving it a special power like healing or the ability to freeze enemies. The game gives you a task to work towards and the feeling you’ve accomplished something (therefore briefly satiating the video game achievement addicted part of my brain). 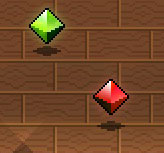 Was the red gem worth four dollars?

Nimble Quest hardly takes any skill and requires very little focus to play. Its touch-based control scheme is perfect for what it is. Its pixel art style makes it nice to look at, the RPG character progression gives you plenty to do, and the low cost of zero dollars is vert welcoming. If you have an iPhone or Andriod phone, there is no reason you shouldn’t have Nimble Quest installed.

It’s also available through Steam for $5. Which really only makes sense if you’re the type of person who takes their laptop with them to the bathroom.

Nimble Quest is available for free on iOS, Android, Ouya, and $4.99 through Steam.