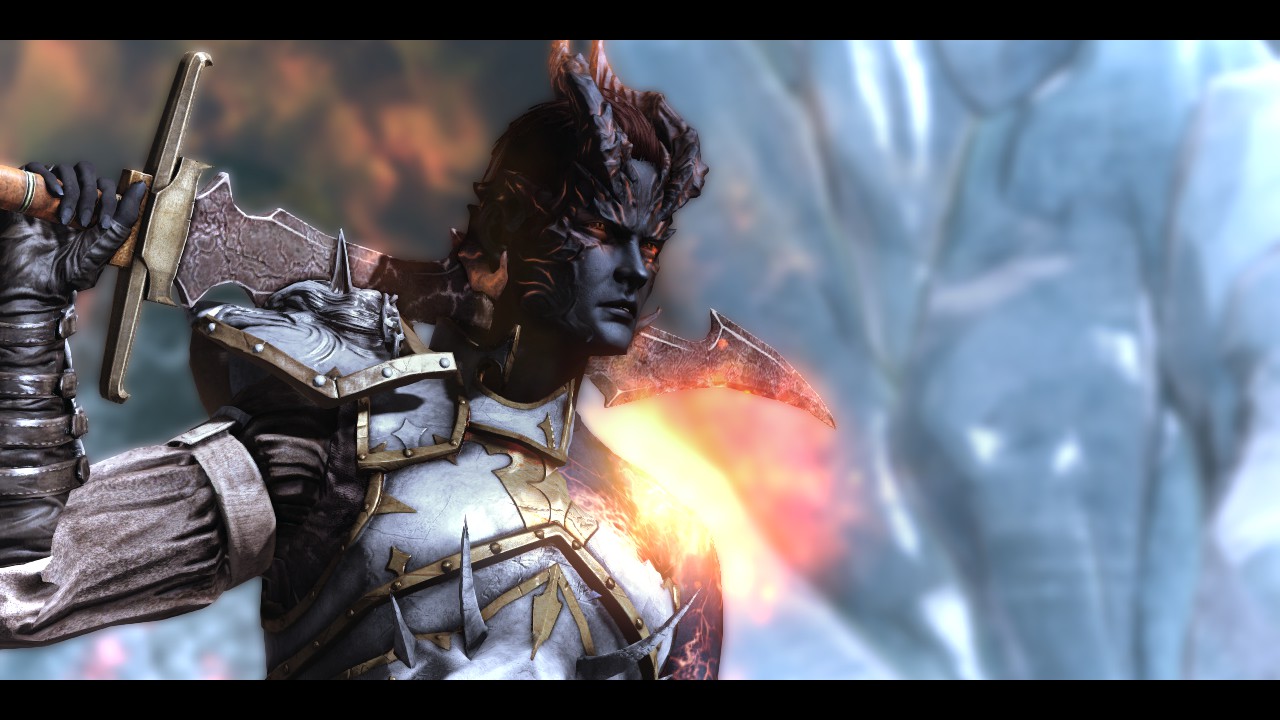 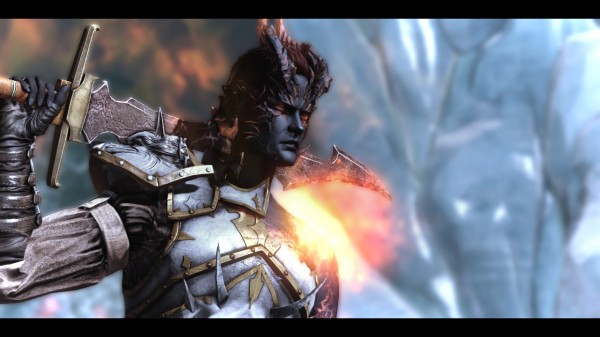 Bound by Flame is an action RPG set against your basic fantasy backdrop – my kinda game. The only reason I was aware of this game’s existence is that it briefly appeared in the featured carousel of Steam when it was released in May of this year. I took a look, liked what I saw, but didn’t feel the urge to plunk $40 on it. Then never heard about it again and forgot all about it. Thankfully it reappeared recently on sale for 20 buckaroos right around the time a window opened in my gaming schedule.

The game allows you to pick between a dude and a dudette. There appears to be some story-based decision making that will affect the how the game progresses and ends. There is also some relationship management going on between characters – so you’ll probably get to sleep with some and let all the others die (like in real life). On the surface Bound by Flame reminds me a lot of The Witcher 2. The combat, the relationship management, the decision making, the level design. More Witcher 2, Yes Please! and Thank You!

If You Can’t Stand the Heat

I’m no MLG, sponsored top-tier video game athlete, but I feel I can hold my own fairly well. I found Bound by Flame to be real difficult. I played on the normal setting and couldn’t get passed the very first enemy encounter of the very first level of the game (after the tutorial level). There are three creatures attacking you and a buddy. I replayed it more than 10 times before starting the game over again on the easiest setting. I’m so ashamed… don’t tell anyone okay.

The combat is hard to get used to. I’ve read some sites complain that it’s a button masher (can’t understand how that would be a problem). I didn’t find button mashing to be a very good tactic. You need to do the Dark Souls-thing of paying attention to how an enemy is about to attack so you can block, parry, or dodge – then you can button mash for a bit. You can only take a couple of hits so you need to pay attention. Once you get a handle on the combat though, you can finally defeat those three damn creatures at the beginning of the first level.

The one thing that almost prevented me from actually playing Bound by Flame was the immeasurably long loading times. But then I realized how much I can get done in five minutes while the game loaded the other side of the level. I could work out a bit (my delts are totally ripped now), finish the laundry, get the dishes put away. Its a great built-in balance between gaming and life. Thanks, Bound by Flame, I’m getting so much work done! 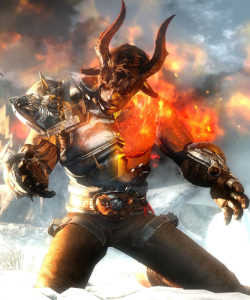 You play as Vulcan, the gender swapping powder-master for a rough and tumble bunch of sellswords called the Freeborn Blades. Now, before you get all “Vulcan! does he have pointy ears, lol!?” no, jackass, the elves have pointy ears… Vulcan is the Roman god of fire.

Your Vulcan has a bit of a silly streak in him/her. Where everyone else is taking the end of the world with the appropriate mixture of bravery and fear, you’re a bit of a sarcastic wisecracker. Which is understandable given your enemy is an unstoppable horde of undead and you’ve just been possessed by a demon of fire who is constantly whispering in your ear to abandon everyone around you. You should always face difficult times with a smile and a good sense of humor. Always look on the bright side of life, I say.

My favorite bit of dialog is at the end of the tutorial level when you defeat this huge f**king monster, your captain is trying to get everyone focused and moving towards the next objective, when Vulcan shouts “Hey, did anybody see what I just did to that huge f**king monster?” I like it when a game is thinking the same thing I am. The game obviously doesn’t take itself very serious at times. Which is fine, nearly every game I’ve played that gives you dialog options will allow you to say something silly at a pivotal moment.

I’m having a good time with Bound by Flame and will see it to the end. I’d recommend it to any fan of hack-n-slash fantasy RPGs. At least that’s what the voice in my head is telling me to say.