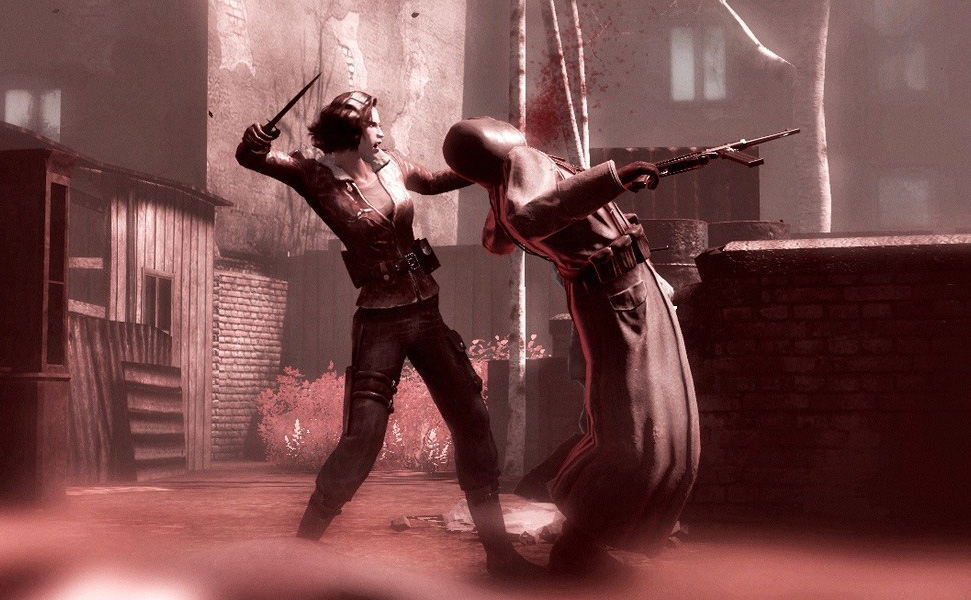 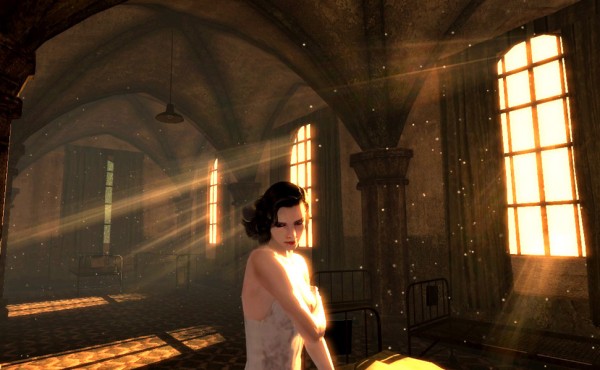 What a beautiful day to violently kill a bunch of people

Originally released in 2009 for Microsoft Windows and Xbox 360. Velvet Assassin was recently on sale through Steam – and not being one to pass on an old and cheap game – I picked it up.

It’s a third-person, character action, stealth game. You play as a sneaky, throat slitting British agent who is sneaking and throat-slitting her way through Nazi controlled France. The level design is quite simple. You move through hallway to room, through another hallway to another room sneaking up on unaware guards (all whom have family and loved ones back home). You gently slide your blade across their throats, or sometimes into their backs, or through their skulls, and even occasionally bury it where the sun don’t shine. When encountering a guard who has smartly positioned his back against a wall and is able to oversee the entire room – you can quickly take a shot of morphine to enter a drug induced rage that slows time down for a moment, giving you the chance to rush in and go all stab crazy on him. Tickety-boo! 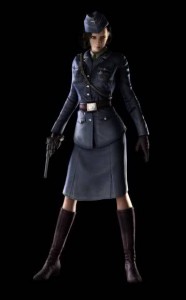 These high heels are killing me

Velvet Assassin is slightly more difficult than I am making it sound. Being an older game, checkpoints are few and far between. I replayed the same areas over and over again trying to get the timing right to pass unseen into a room to take out the guards in the right order so as not to alert the others. You are given a silenced pistol, but only a handful of ammo. I’d compare it to any Hitman game from the same era, but without the varied and complex level design. You are able to whistle to draw the attention of guards away from their post and can ocassionaly switch into a German female officer’s uniform to pass relatively unnoticed through sections of the game. You cannot sneak while in the officer’s uniform because of the loud heels. I never optioned for the officers uniform since it made it impossible to sneak up on and kill the guards. I’ve also always found it difficult to walk gracefully in heels.

There are a couple of moments near the end of the game where it turns into a flown blown one on 50-something shoot out. Luckilym the AI is more than happy to line up, single file in a door way and proceed one after another over the fallen corpse of the preceding soldier. The Nazi’s were always very considerate that way.

I’m pretty certain you are actually dead and the entire game is a fever dream of what you could have accomplished. But I’m not one to read heavily into a game’s “subtext” or “incomplete storytelling due to approaching deadlines and budgetary cuts” as I like to think of it.

At a total of 10 hours, and a couple of bucks – I’m not complaining. I had a good time with Velvet Assassin and I’m glad its sitting there in my Steam library… hiding in the shadows…. quietly waiting for its chance to kill again….