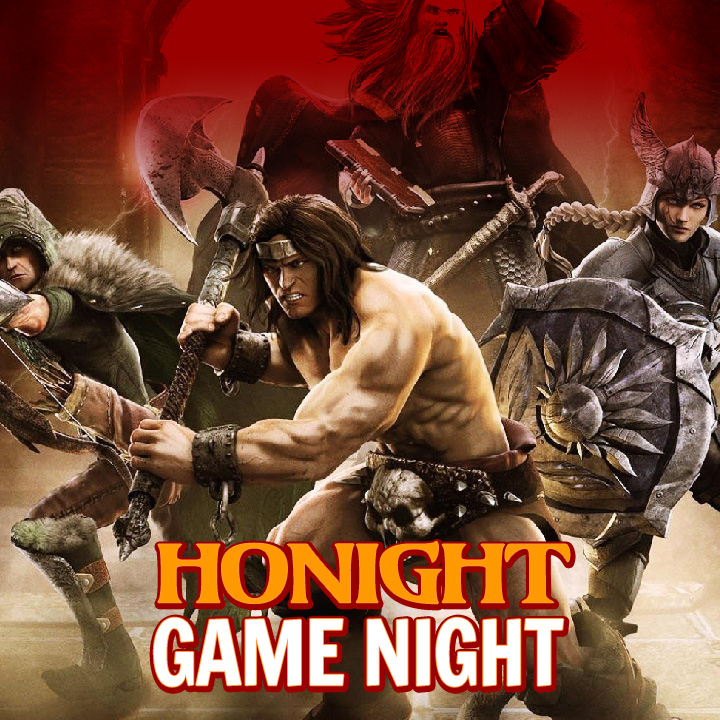 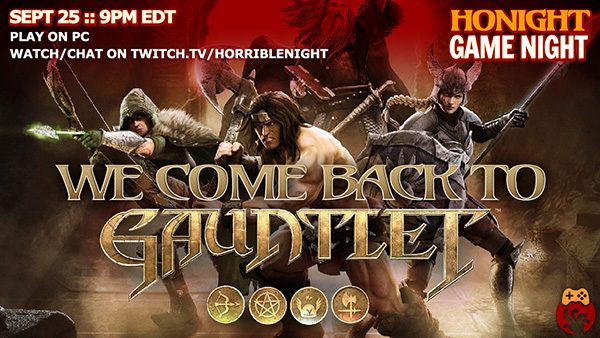 I told you we’d get warmed up. The next step? The return to livestreaming. Coop and I will be live this Thursday (9/25) at 9pm EDT on Twitch.tv/HorribleNight. We will be playing Gauntlet for the very first time. Well, I mean, we’ve played Gauntlet before, just not this Gauntlet. Give us a break it just came out this week.

Anyway, Gauntlet looks fun and it’s a good excuse to get our live co-op going again. I say co-op because technically we’ll be playing together in the same party but there’s some evidence that Arrowhead Games may have put in more than a few ways for us to turn on each other. If my Magicka (Arrowhead’s previous game) skills hold up, that just means I’ll probably be damaging my friends as I continuously kill myself over and over again.

Look for more HoNight Game Nights weekly-ish on Thursday nights as Justin, Coop and other unfortunate gaming friends pick random multiplayer games to experiment with in front of a live audience. Even if the game isn’t fun, I’m sure we can play with each other in fun ways. Is that what I meant?

Can’t make it? We’ll eventually get around to posting some highlights on YouTube or you can catch the archive on Twitch. But seriously, you should come and hang out/make fun of us/chat with our community/maybe get invited to play along after I kill Coop off. If that doesn’t work maybe I’ll trick him into playing Diablo III and just tell him it’s Gauntlet.