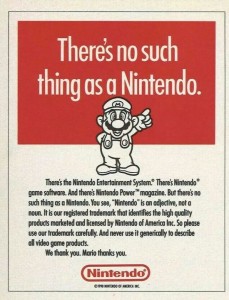 Don’t call it that.

Anyone who was of the Nintendo Power generation at one time in their life probably thought Nintendo was an infallible company. The Nintendo of the 80s/90s didn’t appear to be the out of touch Japanese company who passed out in their Wii money bin that we see today. Let’s just say the more time that passes the more I realize just how brainwashed I was. Because apparently Nintendo hated it when everyone in the world, including me, referred to every game console as a Nintendo. You don’t have to worry about that anymore, Nintendo, but I’m sorry for all of the poor marketing I did for your systems. But I’m not sorry for the blissfully ignorant gaming days of my youth, so let me know when you have some more Kool-Aid. 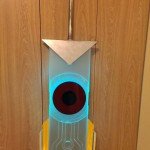