There are times that its very difficult for me to sleep, the illusion of safety is something I’ve been able to see through. We have the strongest military in the world, readily available police and a well lit neighborhood, but none of those things coax a soothing night of rest from me. For I know that lurking deep within the core of the earth is a fiery place filled to the brim with zombies,demons and weird bio-mechanical hybrids. Lets not be ignorant folks, Hell awaits.

None of us thought that the land of pure evil was anything we needed to worry about till we died, but Doom finally assisted us with extruding our heads from our asses. Sure terrorism is a problem, but fireball spewing imps and chain-gun toting undead make me a bit more uncomfortable. 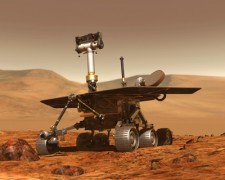 While NASA is busy planning space trips to Mars and talking about how cool planetary exploration will be, I quietly load a shotgun and gas up my chainsaw. I don’t want to go to Mars, that’s where it will all begin. Before you know it, a derelict ship is going to find its way back to Earth, crawling with Satan’s minions and smelling not unlike burnt cottage cheese. Lets continue hanging out on our Moon, there’s still some cool stuff up there.

If we can learn anything from the educational series known as the Doom, its that prevention could go a long way in insuring our current way of life. People get too excited about the next best thing, whether its a new flavor of Tang or teleportation, why not enjoy the cool stuff we all ready have? I’ve yet to fly in a helicopter, I want to try that before I start getting shipped around the universe at a molecular level. 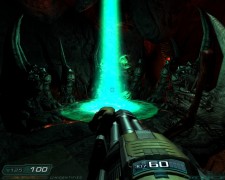 Star Trek really made this crap look nice and safe

The biggest issue is, Doom is a look into the future. There are plasma guns, sweet body armor and hyper speed travel in those games, current tech isn’t close to that. Lets not even get started on the absence of anything even resembling a BFG, that weapon turned the tide of battle for the nameless Doom marine. If we’re to stand a chance, we need to be ready.

Most people see the end of times as a fiery mess, but what if  its a bit less about fire and a lot more about horrifying monstrosities? Fire is a lose lose, but if a single guy can put a dent in Hell’s forces then a well prepared military with a wild imagination could certainly give it the old college try.

Just like Killer Clowns from Outer Space warned us of the potential of a killer clown attack, Doom can be used in case of Satan themed attack. What I’m saying is Doom should be taught in schools and analyzed by military strategists around the world in order to develop the proper counter measures needed to thwart such an epic attack.

In the end, you can be ready or you can be dead. I think someone said that in a movie, but if they didn’t thats ok too, it still fits. So go out and grab a copy of the game and make sure you play it with your scientest friends. When you’re done, maybe they’ll back off the weird experiments for awhile or at least split time between them and super weapons.