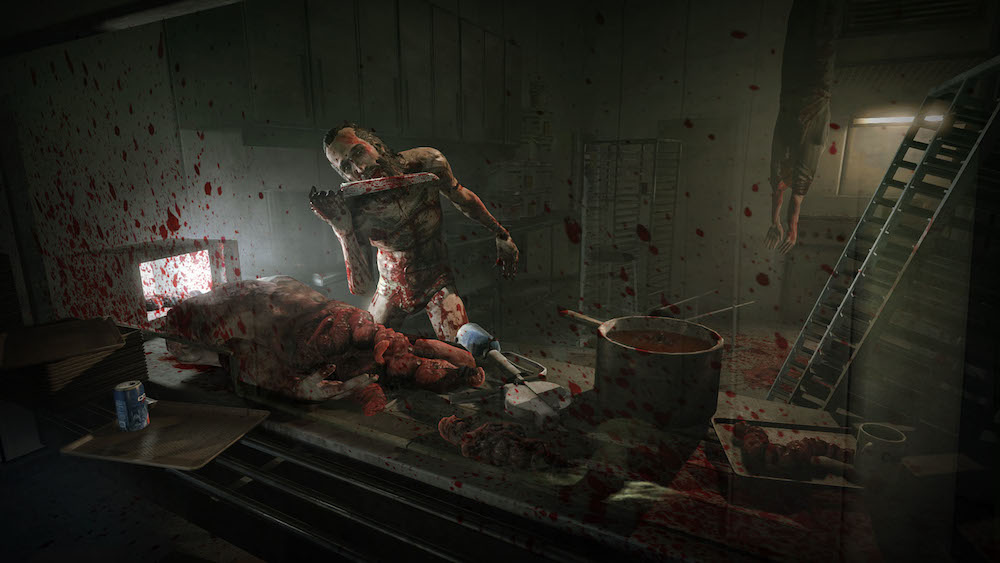 Just going for a walk.

I’m bouncing back and forth between Hotline Miami and BioShock Infinite: Burial At Sea Episode 2 at the moment. Hotline has been one of my goto games if I just want to play something for a few minutes. I’ll knock out a mission and then leave. After seeing the trailer for Wrong Number, it made me want to make sure I actually finished the first before it comes out.

As far as Burial at Sea, I have no excuse for not being finished with it yet. I started it a while back and kind of forgot about it. But I’m eager to finish it and wrap up the BioShock story once and for all. – Coop

Decided to take DoubleFine’s homage to Dwarf Fortress, Spacebase DF-9, for a spin as I was curious as to what a decent sized studio could do with a premise that quite a few small indie teams have attempted. It’s in early access, so it’s pretty bare bones. That being said, it’s quite polished both visually and mechanically even when compared to similar games that have been out for quite some time. I also dig the fact that the fantasy setting is swapped out for outer space. – Ethan

After losing all motivation to give Daylight a chance, I’m strangely excited to play through the Outlast: Whistleblower DLC. Even though it is kind of a known quantity and I should be able to see the chase scenes coming from across the narrow hallways, I really enjoyed the atmosphere of Outlast and haven’t scared myself in a while. Although, I could do without my own home contributing to the scares while I’m playing.  – Justin L 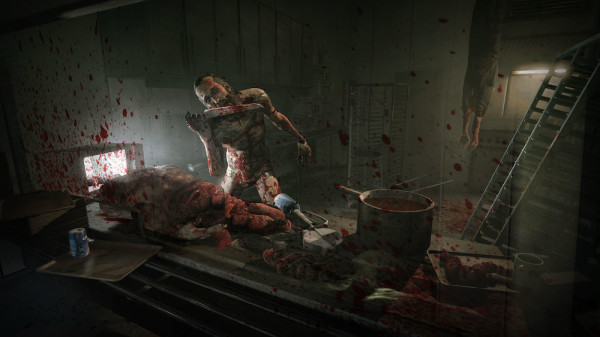 I’ve had eyes on Minimum for a couple of weeks since I read an article about Atari saving the game from the TimeGate bankruptcy proceedings. It’s a blocky, minimalistic, multilayer shooter with MOBA elements. I’m probably more drawn to it based on its art style than the words “multiplayer shooter” or “MOBA.” They’ve been doing some free beta weekends which I’ve considered signing up for…. but…. that could probably do more harm than good right now. Beside, I’ve got other games I can be playing (and making!)

And for another arcade tie in, I honestly think the only reason I’ve been keeping an eye on the game is because it reminds me of Virtual-ON, which was an awesome, anime-style Mech fighting arcade game that cost like $2 to play. So I’d play it once then just stand there for a couple of minutes watching the cabinet in display mode. So unless Minimum becomes free to play and it cost $2 to resurrect after being killed, I’ll keep an eye out for the game’s release. – Jordan

I’ve been cruising around the greens in Mario Golf: World Tour for several days now and that means I can use words like “wedge” and “mulligan” with purpose again! Golf isn’t my favorite sport, but if Mario and crew are willing to do it, so am I. Unless it’s Mario Bridge Jumpers…no, I’d play that too. The Castle Club side of the game lives in the shadow of the Game Boy version’s RPG elements, but you can still equip your Mii with some styling golf duds and go mackin’ on some goombas if you roll that way. I’m on my way to become a master of the manual controls, have adopted Bowser Jr. as my golfer and, game willing, will force Yoshi into becoming my golf cart. That’s what Jr. would want. – Aaron

Every time I turn on the Xbox One, Killer Instinct is in the corner, waiting for me. It was so cool when it came out in the arcade, even though I was horrible at it. I’m no better at it now and every time I start it up, I close it before I can play at all, feeling slightly disgusted with myself. Nostalgia plus a free-to-play have made me open up a game I’m not going to play or learn to play once again.

Don’t kid yourself, Gifford. This isn’t your game. Move on, and wait for Watch Dogs to come out at the end of the month. Or just keep playing Titanfall. At least you’re good at something.  – Justin G

What are you playing?