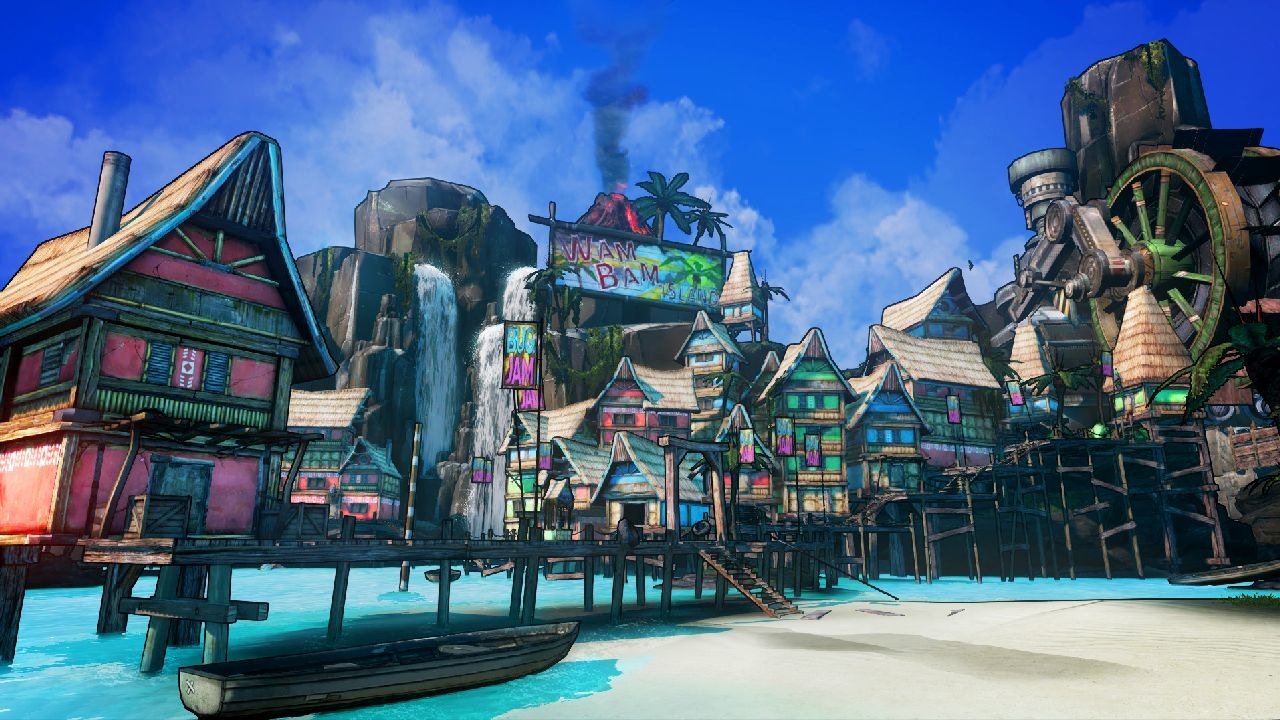 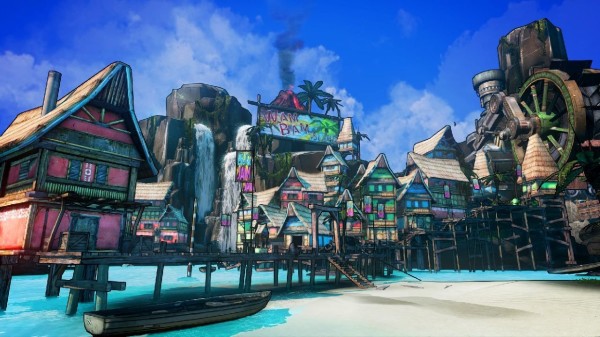 So the last bit of Borderlands 2 DLC came out last week, right after The Pre-Sequel (developed by a different team) was announced for PC, 360, PS3. So, for the sake of this conversation, we can assume that the primary Borderlands team is working on a next-gen Borderlands 3. AND Telltale’s Borderlands series is starting later this year. That’s 2 more Borderlands games this year with more to come.

Personally, I love the support the series has received to this point, but how do you feel about the future of Borderlands? Any words of advice for Gearbox and 2K?

Justin L: Initially, I think I’d be ok here if The Pre-Sequel was sold more as an expansion. I hope to god it isn’t full priced, since it is already sounding smaller in scale than the previous games. Which, hell, I’d take a Borderlands expansion every year over scattered DLC offerings. That being said, I could use a bit of a breather before the next phase of Borderlands, which would be wise to wait for Destiny to get out of the way and help pave the way for a truly different/improved/innovative Borderlands 3 – whatever that may be.

Cole: I wish that Gearbox would go in a different direction. They’ve only proven themselves with one original IP. I’d like to see what they could do on something new. Borderlands is awesome but I think the Pre-Sequel might be too much of the schtick, especially if they follow it up with a proper sequel. Justin is right, Destiny could potentially change the game for Borderlands so we might not see another one for a few years. I’m okay with that. I know the game has a lot of fans, but don’t wear out your welcome.

Jason: I would have to agree with Cole here. With the wildly creative nature of the Borderlands series so far, I would love to see what else Gearbox could do with a different universe. While I don’t believe they are a “one trick pony,” I’m a bit concerned why they are so eager to push out another “product” this soon.

The fans will remain fans, but imagine who else is out there they aren’t reaching. The possibilities are endless… 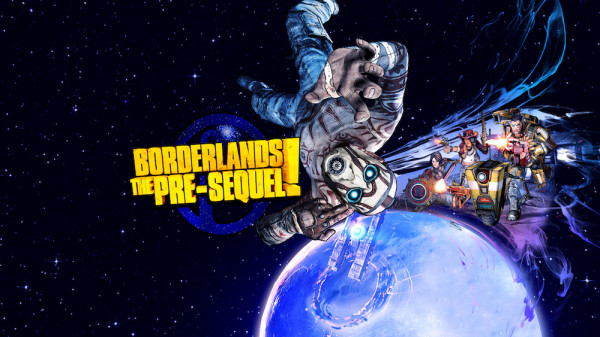 Time to go to space

Ethan: I love the Borderlands series, but the problem is it’s just not a strong enough franchise from a narrative or gameplay perspective to validate an onslaught of related materials. I don’t understand the Telltale crossover or the pre-sequel to be quite honest.

Jason: I think the universe is interesting enough to warrant the Telltale crossover, but I’m awfully curious to see what they do differently. Have they done a “sci-fi” game before?

Justin L: Gearbox technically did “sci-fi” with Duke Nukem and Aliens: Colonial Marines. Granted that wasn’t their “A” team, but I’m curious if that team can work outside of Borderlands. They haven’t proven it recently and even after the announced Furious 4, the core didn’t sound all that different from that of Borderlands 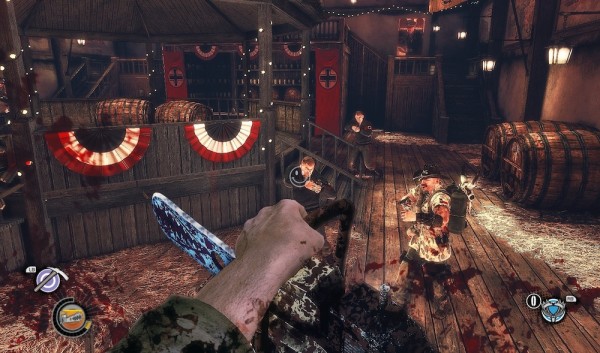 I bet this would work during WW2

Ethan is right that we don’t enjoy Borderlands due to its depth or story. It’s just the sheer amount of content, guns, and weird characters that you meet that keep me coming back, but that has to be rooted in something more substantial going forward. Not half-assed half-games like what has been promised (no offense to Telltale, but even its game sounds like filler to this point) Unfortunately, 2K may be treating this as their Call of Duty shooter and trying to find their own way to annualize it.

Now that I think about it, I’m not sure what I even want from a Borderlands 3 so I don’t really envy their position right now.

Jason: The sci-fi question was in regards to Telltale, actually.

There wasn’t a huge leap graphically from Borderlands 1 to 2 and I don’t think that’s something I’m looking for. I guess I’m fine with “more of the same”, but I don’t think we need a sequel anytime soon. I’m still getting plenty of play time out of 2. I guess that’s their fault for making something more replayable. Best to not overdo it and make us fans turn on it because of the annual cost of keeping up with everything.

Justin L: Ah, sorry I get touchy when I’m reminded of DNF and Colonial Marines. I am genuinely curious to see what Telltale does with Borderlands and sci-fi. If that game sucks, who cares, if it’s good, bonus.

Coop: The Pre-Sequel to me sounds like a Bioshock 2. It’ll probably be ok, not as good as its predecessors, but will easily be forgotten after a next-gen Borderlands by the A-Team. I’m with Justin in thinking that they need to be really careful about how frequently they start releasing Borderlands titles and what their pricing is going to be like. Since the core game doesn’t seem to change a whole lot, I would be more interested in longer quality DLC than trying to squeeze a full game out of a secondary team. They could even pull off a Blood Dragon where they release a smaller standalone game with a super wacky theme.

Regarding Telltale, I’m ok with what they’re doing. Borderlands has the characters, it just lacks in the story department. If Telltale can figure out how to put a quality story behind those characters I think it could turn out pretty awesome. 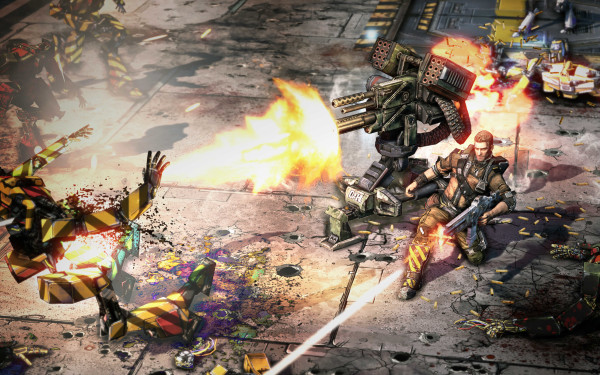 It’s not that more is necessarily a bad thing.

Justin G: Oh boy. Borderlands. I enjoy it. It’s worth the ~$60 I pay for it. But I’m normally over it by the time I finish the campaign the first time through. In no way is it something that should be done annually – the only game that does that and does more than nod in the general direction of a storyline is the Assassins Creed series and at least it gets to pull on 300 years of conspiracy theorists who hate the Masons as material. There’s nothing compelling about the Borderlands storyline and while the action and powers are fun for a while, they don’t keep my attention. I can’t even agree with you guys that it’s that replayable in the first place.

With that contrariness out of the way: I’m intrigued to see what Telltale does with its foray into the Borderlands world. It’s populated by characters that scream for further exploration and the robber-baron, wild-west portrayed as archetype rather than reality, coupled with the fact that Telltale employs some supremely weird people in its creative department (assuming there are legacies from Monkey Island) means that it shows a lot of promise. They’ve done an awesome job with original content in both A Wolf Among Us and The Walking Dead, so despite my ‘meh, it’s fun but not that fun’ attitude towards Borderlands, I’m pretty psyched for Telltale to get its hands on the thematic IP.

Justin L: If Telltale pulls this off and gives us some shit we actually care about in Borderlands, I hope Gearbox can actually do something with that momentum and incorporate it into BL3 or whatever is next. As for The Pre-Sequel, I still have too much Borderlands 2 content to play first so I’ll see that game in the Steam Sale.

The amount of Borderlands content has us concerned, especially if either The Pre-Sequel or Tales turns out to be awful. However any bad memories or fatigue can be erased as long as the next proper Borderlands game is getting the attention and creativity it deserves. That being said, it is hard not to wonder what a Blood Dragon-esque expansion would do for the series.