The movie Alien, in addition to employing classic Gothic horror tropes for its terror, used men’s fear of pregnancy as one of the primary disturbing motifs that have made the movie a classic in the horror genre (the only thing sci-fi about that movie is that it’s an ‘alien’… although, so is an infant). Just so you know where my head space is at: I really don’t want to screw this up and I have full appreciation for the situation I’m in. I liken it to being on your first spacewalk, but with consequences for more than one person. If you were expecting my paternity-leave hiatus article to talk about primary-colored, shiny things, I imagine you haven’t read much of what I write. The lead-up to having your first child is terrifying, although I won’t be playing the role of John Hurt, thankfully.

Parenting Lesson 1: There ARE Stupid Questions

People have been asking us on a fairly regular basis “Oh, are you ready?” Most of them are parents. Although I’m writing this on April Fool’s Day, that’s not a joke and that question is as exactly as dumb as it sounds, which is complicated by the fact that, as parents, the people asking the question know it’s a stupid question to ask.

We haven’t done this before. Don’t be morons. Of course we’re not ready. 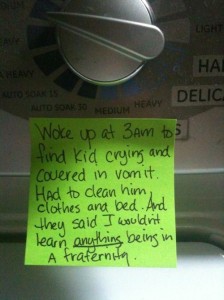 But we’re not total jerks (or my wife isn’t, anyway) so we jokingly reply, “Well, we have all the stuff we need, but are we ready? <nervous laughter> No, absolutely not.” Then they laugh, too, and no throats are punched, even though in my mind, I’m secretly throttling them for asking that question and sending me into a private panic attack again.

But this is a video game site, so let’s talk about video games and how The Parasite* + Video Games is a terrifying concept even without the goo and poop and burping (which I find more disturbing than anything else, really. What do you mean every time it eats it has to throw up a little? It’s not a cat. Wait. Would it help if I burped it right where I’ll step in it at night? No? That’s cats. Right. Sorry.)

The fact that I’m reproducing wasn’t an accident, at least not on a local scale. It could be a cosmic mistake, but that’s out of my control. But, as the clock ticks down (t – 229 hours and 22 minutes until the ‘official’ due date) I have a variety of growing concerns, stemming at least partly from the fact that I’ve slung a lot of criticism around about gaming and parenting and I’d just as soon not be branded a hypocrite of mammoth proportions. (With that in mind, Devs: if we could go ahead and get on the ‘presenting women in a positive light’ thing in time for it to make in an impact on the Parasite’s world-view, I’d appreciate it.) 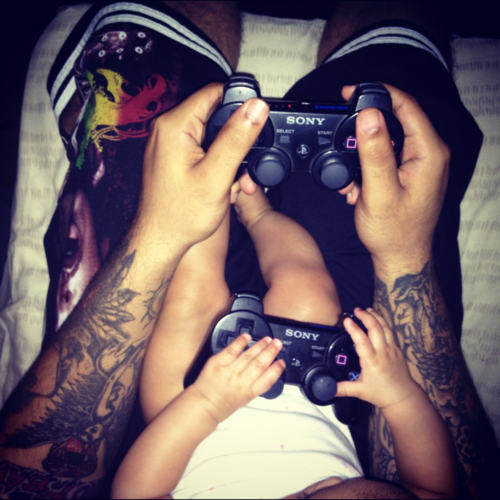 I’m crossing my fingers that my wife finds this picture as adorable as I do.

My wife and I are big on our after-work routine. It’s going to go out the window, no doubt about it, particularly with her staying home with The Parasite for the first 3 months. In my mind, that translates to Decompress And Play Video Games Time After Work is going away. At least until we determine that The Parasite enjoys watching bright colors and hearing loud noises from the Baby Bjorn while Daddy sits on a yoga ball, in which case: It is SO on. (Note: they can’t see further than about 10 inches until they’re ~3 months and the womb is a startlingly loud place, so I’m probably safe with loud, violent games until midsummer.) But in all seriousness: I’m going to bet the farm and say that game-time availability is going to drop precipitously, at least for a while. 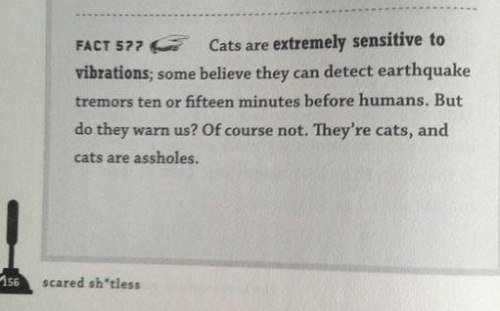 Pro-tip: So are babies.

I’m safe for a bit – reliable memories aren’t formed until about 2 years old, so I could theoretically play nothing but Manhunt 2 until the second half of the 2010’s with no ill effects. But at some point, we’re going to have to figure out how much screen time is appropriate.  I’m boldly stating that it will be the same minimal amount that I got right now with the caveat that I may retract that statement faster than a politician facing angry PACs in the face of a screaming 4 year old Gifford Spawn. 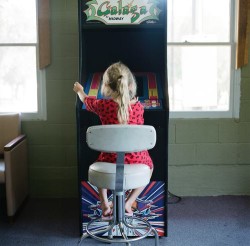 If we get screen time figured out, and we get parent-child interaction worked out, AKA Daddy-Parasite Together Gaming Even If The Game Doesn’t Make Sense To Daddy It’s Bonding Time And I’ve Played Some Weird Games So I’m Going To Roll With It, we’re getting near to my real concerns. (I am aware that I am brushing over huge, huge issues with broad, dismissive strokes, but it’s my article, so I can do what I want.)

What if the Parasite has terrible taste in games? I mean, I know Cole loves classic JRPGs and I don’t and we get along just fine, and I know Ethan plays so many games so quickly my head would spin, and that’s okay, but what if as it gets older, it likes its generation’s Daikatana or Kinect Star Wars? Is disinheritance still a thing? How old does your kid have to get before you stop letting them win out of fairness, or does the imbalance between their free time and yours make that a laughably naïve question? Is it child abuse to refuse to let someone who doesn’t file a tax return due to minority have their own $500 electronic device rather than sharing one among the family? 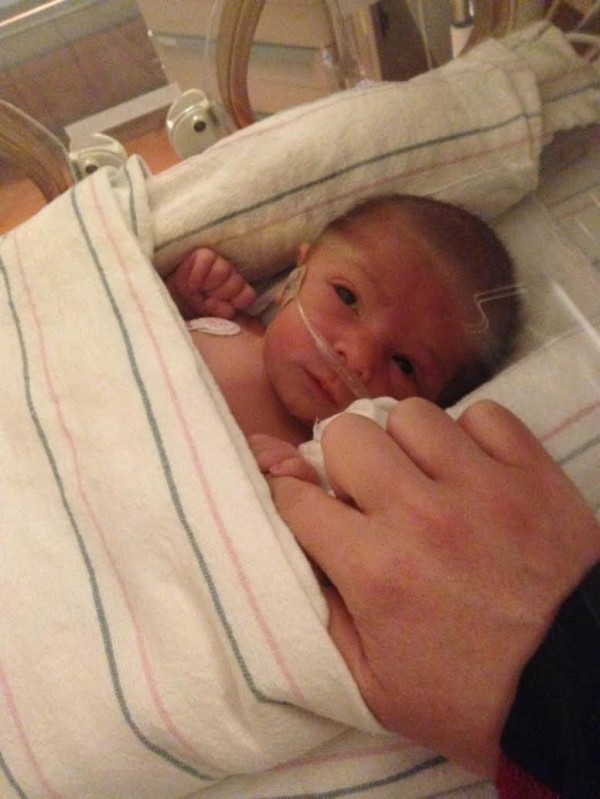 I’d ask you to welcome Thomas Rowe Gifford to the world, but I’ve already warned him about you people.

*For those confused: The Parasite is the name my wife and I use to describe the fetus. The relationship has more in common with beneficial mutualism, but that’s not as funny.