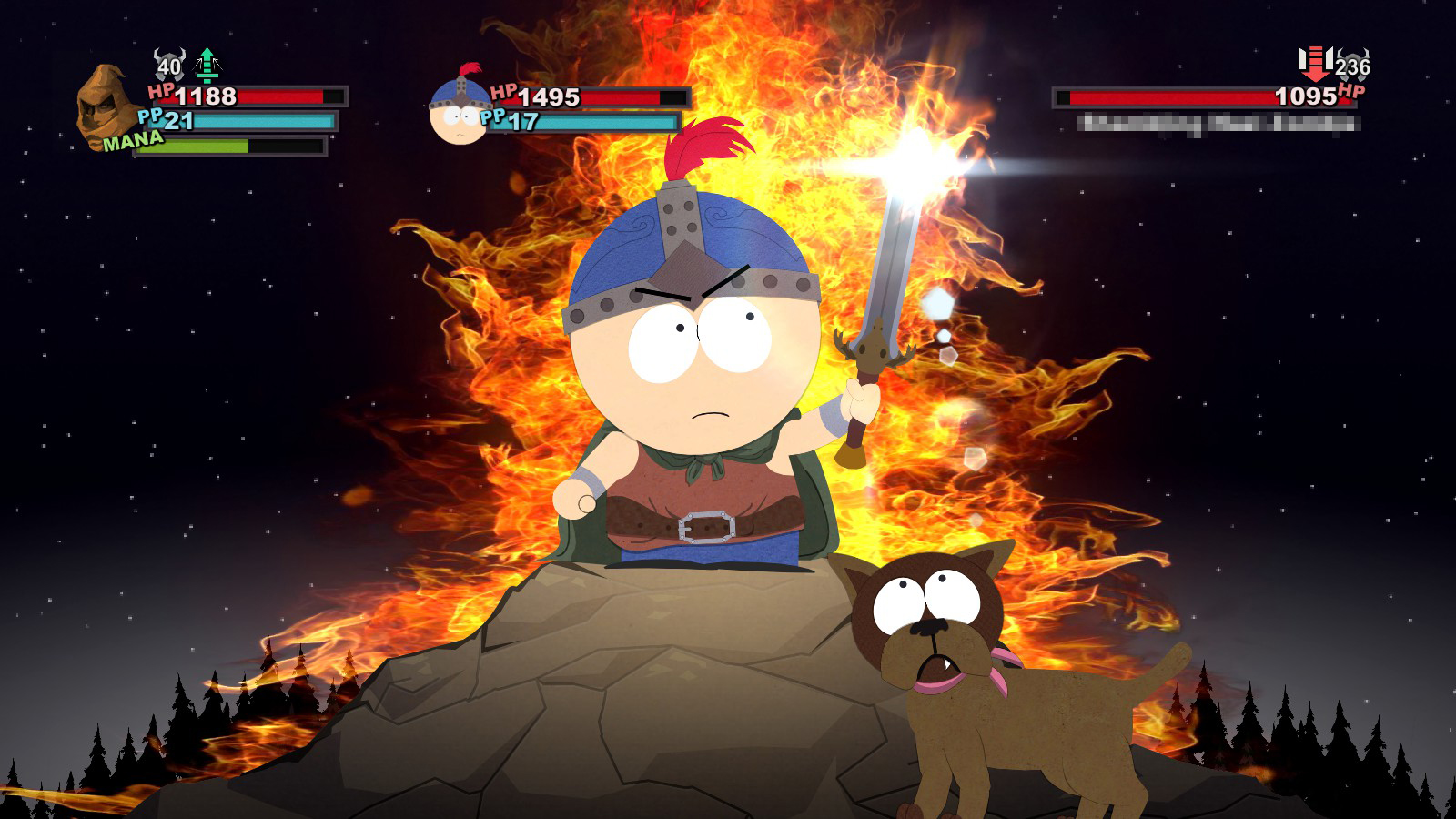 Games based on television shows or movies have a track record of being doomed from the start. Considered quick cash grabs, they’re often rushed, under-developed and destined for the clearance bin of your favorite electronics retailer. That is what went through my mind when I first heard there would be a new South Park game. I didn’t want to have to say it was bad. I didn’t want to have to disappoint you by saying it’s only recycled jokes from a show you can watch for free. That’s why it brings me such joy to say that The Stick of Truth is not only the best South Park game I’ve played, but a fun, if lightweight, role-playing game, too.

Coming up on South Park

The Stick of Truth is best described as a three-part playable episode of the show, similar to something like “Imaginationland” or the more recent “Black Friday.” It begins with a new family moving in to the quiet little mountain town of South Park, looking to start anew. The child of the family, which the game allows you to customize to handsome effect, is soon tasked to go make friends with the local children. It is in that one simple and relatable endeavor that the game grows more and more deliciously South Park. What starts as an introduction into the neighborhood boys’ large-scale fantasy game centered around the titular Stick of Truth evolves into an epidemic of disgusting and historical hilarity.

As the New Kid, the Grand Wizard Cartman inducts you into the game by your choosing between one of four classes: the mighty fighter, the wise mage, the sneaky thief, and the Jew. As tantalizing as the idea of rolling a Jew character was, I ultimately decided to go with a thief as to avoid Cartman’s ever-present scorn. After a quick tutorial, The Stick of Truth opens up the city to you and your fantasy mischief. Exploring the neighborhood and downtown areas is not only good for finding side quests and collectibles, but the show’s humor and irreverence really shines as citizens spurt one liners as you walk by or you pass by sights like Unplanned Parenthood. The community is also seemingly obsessed with social media, so it’s in your best interest to talk to and befriend everyone you see just to see the humorous tripe they like to post to the Internet.

I like to stay decked out in some of the hippest and disturbing gear.

While I could wax on for hours about all the reasons why I enjoyed bopping around South Park, I should also mention that the combat and character progression are both fun and engaging, though slightly basic. Fighting enemies is a turn-based affair, allowing for the use of a special ability or item followed by an attack or skill. When attacking, you’re prompted to press buttons with near-precise timing to land your strikes. When on the defense, button presses will block and you’ll take less damage. Reasonable stuff, really. I spent most of the game relying mostly on my thief skills, backstabbing foes to cause bleeding and raining daggers from above. Other party members, such as the friendly and unassuming Butters, work in a similar fashion. While a few particular fights on the hardest difficulty sent me to the pearly gates, The Stick of Truth never felt overly difficult or unfair.

I’d be remiss if I also didn’t mention that, as the New Kid, you are blessed with the magic to harness your own farts, mostly because of the glee it just brought me to write that sentence. Farts work like super attacks in battle, but are also useful in exploration around South Park. Exposing an open flame, just to hurl a ripe fart into it and knock out your enemies and skip the battle entirely was the gift that kept on giving. The fact that The Stick of Truth practically encouraged me to run around farting on everything and everyone is just amazing. Yes, I’m an adult. 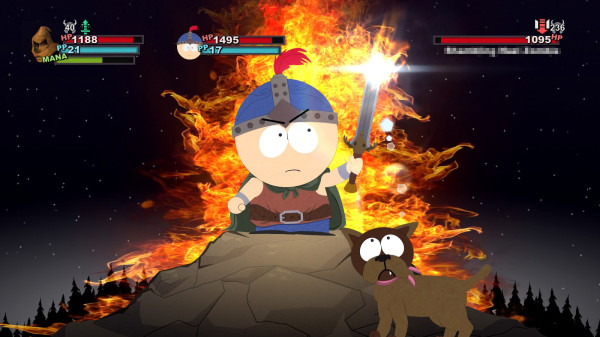 Combat always feels grand when visuals like this happen.

The Stick of Truth is the definitive South Park game. Trey Parker and Matt Stone’s involvement in its creation is evident in everything from the voice acting to the story and jokes. Listening to Cartman and Kyle argue about the fantasy game’s rules, bonding with Stan’s dad Randy, and taking a trip to the “land up north” are moments of pure South Park. Allowing the player to be inserted into that world is a real treat, whether it’s fighting alongside Princess Kenny, using adult toys as weapons or staring silently as messed-up situations unfold around you. It’s certainly not for everyone, but people should know if they like South Park by now. If you do, then jump right into The Stick of Truth and have yourself a time.