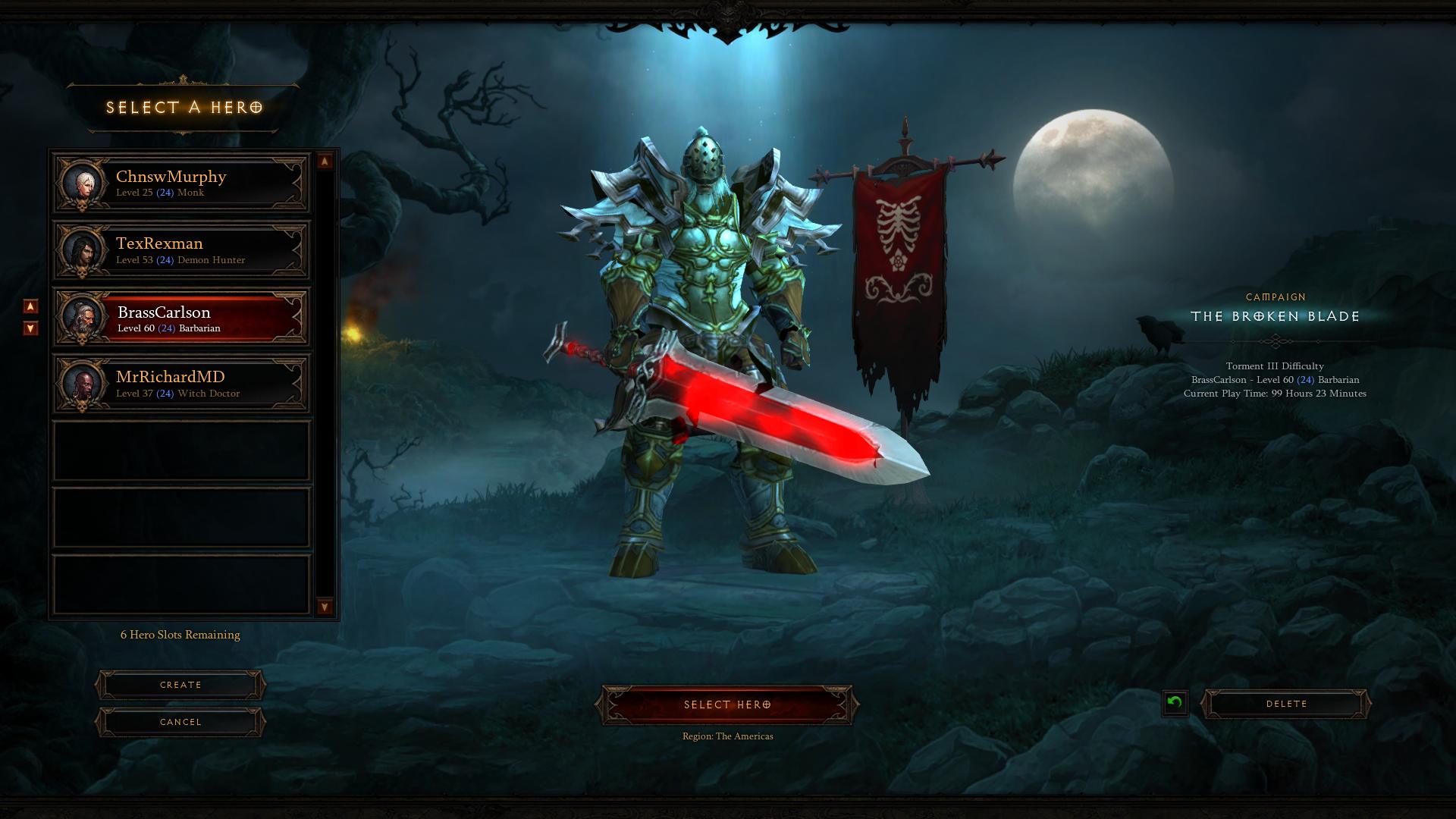 Diablo 3 may be one of the most polarizing games to have been released in the last few years. On one side you have people who really enjoyed the third installment in the Diablo series and have poured hundreds of hours into the game. Standing on the opposite aisle are the individuals that absolutely hate everything about Diablo 3, though they too have probably logged incredible amounts of time into playing it as well. There were definitely some issues with it, issues that Blizzard hopes to resolve with the latest patch (2.0.2 as of 3/4/2014) as well as the upcoming Reaper of Souls expansion. 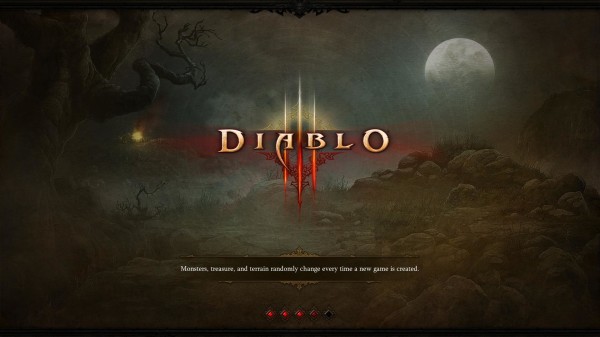 In Defense of Blizzard

I happen to be one of those annoying people who really enjoyed my time with Diablo III, despite a few gripes about certain aspects of the game. The fact of the matter is, Blizzard has already done a great job expanding on a robust game. I understand that it’s trendy to bash large game studios for “selling out,” but in looking at Diablo 3 objectively, you see a game that’s gotten continued support from the development team over its lifespan, including small chunks of content and continuous tweaks and bug fixes.

The latest patch further demonstrates this point in that the development team essentially back tracked on years of development because the fans weren’t satisfied. Someone was listening, it just took a bit longer to respond that most would have liked.

That being said, respect for a company’s commitment to a game does not automatically equate to logging back into said game or paying for a relatively expensive expansion. That is why it’s important to break down whether or not its time for players to invest more time and/or money into the Diablo 3.

Note:There are some other modifications made to the game that while interesting, aren’t really bullet points I think are all that important at this point.  I’ll instead be focusing on the stand out topics.

One of the most significant alterations to Diablo 3 is the dismantling of the Gold and Real Money Auction Houses. I believe this speaks more to the development team’s desire to win back fans rather than something that will substantially alter the way most feel about the base game. While it was very easy to avoid the auction house if one wanted to, the lack of useful loot drops made it feel like a necessary part of the Diablo 3 experience as opposed to the supplemental mechanic it was advertised as. Even if a person absolutely hated the auction houses, I don’t feel like this alone is enough to bring them back, though it is a step in the right direction.

With the easiest source for high quality gear on its way out it was absolutely necessary for the team to develop a means of giving players incentive to keep on grinding. This is where the overhauled loot system (or Loot 2.0) comes in. 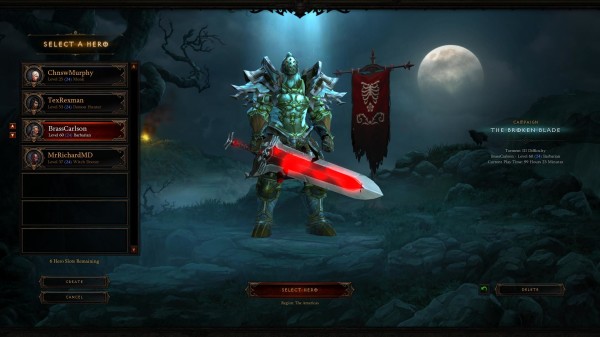 My barbarian feels much more secure with his looks now.

Loot 2.0 looks to alter the way a player gets loot by diminishing the frequency of drops while increasing the quality and effectiveness for the particular class you’re playing as. This means that instead of a golden shower of useless items, a player is spritzed in the face with gear they can actually use. Playing as a barbarian, I was happy to find weapons and armor that had strength and vitality on them as opposed to intelligence and dexterity. Not that those two stats aren’t important, but a smart and nimble barbarian isn’t what I had in mind.

Additionally, legendary items are no longer literally things of legend as they actually drop on a regular basis. This is impactful because legendary items are extremely important to creating a really strong build as they often enhance stats as well as skills.  They were the hottest commodities in the auction houses and always seemed out of reach for people who played the game more casually. After the implementation of Loot 2.0, I found my first legendary item within ten minutes and have since collected about ten.

Loot 2.0 is in my opinion, the most attractive aspect of the recent patch. Call me materialistic, but I play ARPGs because of the prospect of collecting loot. Before in Diablo III, I was constantly running back to town to sell gear or scrap it for crafting resources (which themselves have been refined). Because quite a bit of the aforementioned wasn’t all that good, this process became a bit tiresome and contributed to me not playing the game anymore. Now with Loot 2.0, progression is balanced quite well and I feel that the amount of time I’m spending hacking away at monsters isn’t wasted (even though my rational mind knows it is).

People that took issue with the lack of build diversity in Diablo 3 compared to Diablo 2 might appreciate the overhaul of the Paragon system as well. Now, instead of earning what amounts to a new level in the game, you’re instead given points to distribute across sixteen different stats. These include the standard str, dex, int and vit as well as things like attack speed, gold find and area damage. While the upgrades don’t seem all that significant up front, they can equate to a solid increase in power and survivability for your character, which is absolutely important in the higher difficulty levels. These points are shared among all of the characters on your account, meaning that a level 60 character’s hard work will also benefit a lowly level 1. 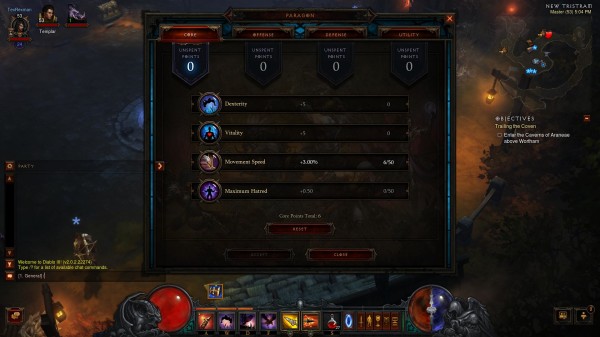 That being said, there’s still a safety net of sorts in place protecting/preventing you from creating “unique” builds. You’re never going to have a really beefy witch doctor that’s focused on healing or a monk that’s excellent with ranged weapons. What you do get, when combined with skill specific loot, is a tiny bit more freedom in terms of creating your character, though you’re still confined to your class’s role for the most part.

The worst part about vanilla Diablo 3 was the way in which the difficulty levels worked. Like in similar games, end game content was always the most fun but to progress in Diablo 3 you had to actually beat the game 4 different times. This was not necessarily a bad thing when playing one or two characters, but those rolling multiple toons eventually got burnt out. The addition of monster power helped, though again you needed to unlock higher difficulty levels regardless of your level.

In the latest patch, monsters align with a character’s level and difficulty levels are available as soon as you meet the prerequisites with one character. So once you have a single level 60, all of your characters have access to Torment difficulty (and its multiple levels) and below. What this means is that you can power level characters by playing a single act over and over again if you want or you can continue playing the game from beginning to end. 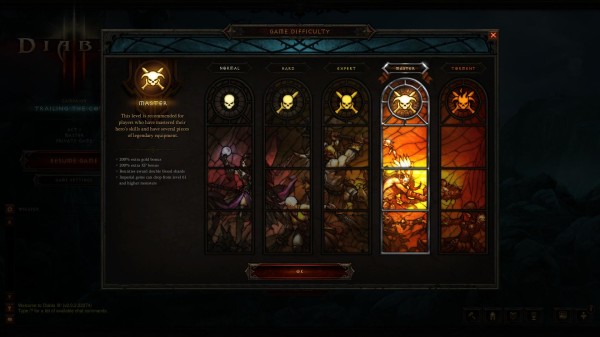 With the looping story out of the way, it’s time to expand your cast.

Should You Start Playing Again?

I’ve read comments from people who range from “Diablo 3 has been saved!” to “Diablo 3 still sucks,” though I feel that it’s somewhere closer to the more positive impressions at this point. Keep in mind that the latest patch was put into place to compliment Reaper of Souls, so those that aren’t purchasing that expansion might not think the changes are dramatic enough or may feel a bit left out.

What it comes down to is this:

In part 2, I’ll dig into Reaper of Souls and decide whether or not it’s worth the investment.