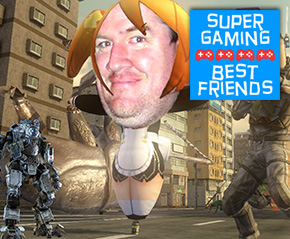 When Super Gaming Best Friends become one for the third time it is a very special thing. Justin, Cole, and Josh reunite an in epic fashion that only giant robots, created characters, alien invasions, and WWE network subscribers understand.

Super Gaming Best Friends: the podcast where Horrible Night writers and friends get caught up on their latest video game adventures and then get to know each other better by discussing off-topic interests.

**We apologize for the audio sync issues in video for this episode. We are looking into fixing this in future episodes.