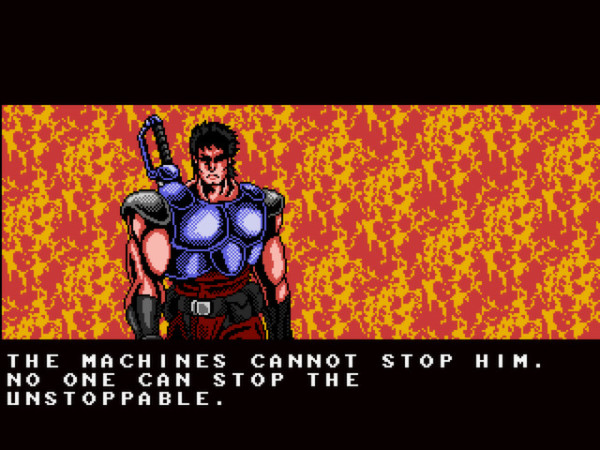 My original motivations in the NES-era for choosing to play an action game were style and controls. To get the controller in my hands it had to look good and then it had to feel good. To keep that controller in my hands though, the game had to be painfully challenging but completely fair. The pain makes it memorable, but conquering that pain makes it worth it. Oniken knows how to dish out the best kind of pain that makes my thumbs apologize for not being as good as this game deserves.

Oniken is named after the evil military organization in the game that has seized control of humanity after a global war almost destroyed the planet. Oniken must be stopped. Someone call in a cybersoldier-ninja-looking-hero to help.

These days when I see new a cybersoldier-ninja-looking-hero in an 8-bit art style, I have to see what it can do. So I only needed a screenshot to sell me on Oniken’s hero, but there are so many homages built into the game’s style that isolated moments/screenshots do make it look a bit generic. Which makes Oniken easy to write off at first glance, and that’s a bit of a bummer (and the reason I didn’t play it when I originally discovered it on Desura).

Something to say for itself 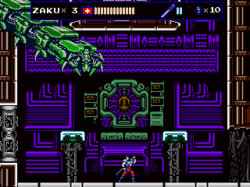 I have a problem with robot bugs.

Luckily, I had renewed motivation to give Oniken a chance thanks to its Steam release and even more luckily this cybersoldier-ninja-looking-hero has the skills and the overly dramatic retro cutscenes to make it a pleasure to play. The amount of cutscenes and story elements really impressed me. It was a welcome surprise because the first level isn’t too forgiving to out of practice retro gamers. The story setup put me in a good mood so that the beatdown I received wasn’t so rough, and when I did finally fight my way through it I was rewarded with more entertaining, tongue-in-cheek dramatics.

The main feature that stuck with me in Oniken is the balance of your character’s health to the power of your weapons. If Oniken was a one-hit and you’re dead, it would be almost impossible. Your character can definitely withstand a few bumps and bullets. To counter your more-than-adequate amount of player health is the fact that your weapon power-ups have health, too. If you take too much damage while your sword is powered-up, you will still be alive but you will lose that power-up. Of course, once you have the extra distance to your sword attacks that the power-ups give you, you’ll never want to be without it. It’s a great risk/reward balance.

Oniken feels great and its obvious that a lot of talent and care went into the level design and general platforming experience. Most new areas punish the careless player, but still feel approachable as any good lesson should. When I would take my time, it did not take long to recognize patterns and the solutions I needed to execute on to survive. The execution is up to you, and Oniken will make sure you are on top of your game. 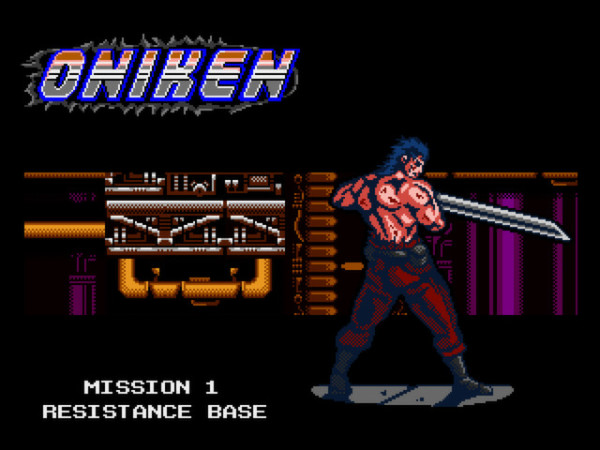 Oniken belongs right alongside the classic retro action games from where it draws its inspirations. Its only problem is that it may make you want to go back and play one of your favorites before seeing the game through. Don’t make that mistake, that’s how evil military organizations win.

Oniken is available for PC on Steam and Desura.