Meanwhile… we’ve actually been playing games. Each week we recap our recent gaming experiences and tell you what we’re looking forward to, so you can use your time more wisely than we have. Time to start getting your games in order. As the Summer of Arcade is over and we are about to see some major releases very soon. 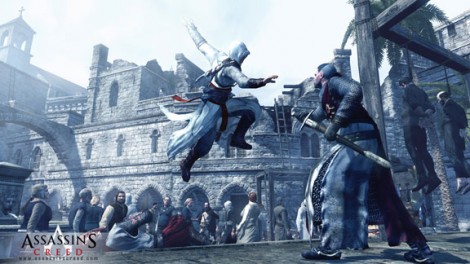 It's been two years since I truly stabbed someone

JDevL
My advice if you ever have aspirations to go after every achievement in a game, is to commit to that as early as possible. I finally reached level 50 in Shadow Complex on my 4th(!) play through since I half-assed the first one. However, I think I love the game more now than I did during my first stint with the it, which is saying a lot. I played through the first two levels of Lara Croft and the Guardian of Light, and have been completely blown away by how fun that game actually is. However, I’m going to put it down until the co-op patch comes out as it is too tempting to get every collectible at once and I want to save something for co-op. Afterwords, I weighed my options carefully between going back through Dead Space vs finally finishing Assassin’s Creed. The wrist knives won out, and in no time I finished my last two assassinations so I can finally dive into the sequel this week. I’ll also be splitting my time with Shank and Scott Pilgrim vs The World: The Game when they come out on Wednesday. Looks like I will be beating the hell out of people for the near future. Lastly, I wanted to give a shout-out to our Castlevania HD crew from last week @streetalchemist @jadetiger_cg @drakkmire and @coopman. A lot of Castlevania virginity was lost at once and figuring out Chapter 3 was a blast.

Colefacekilla
I’m continuing me trek into the world of Assassin’s Creed II. However, I’m planning on firing up the Wii for some Virtual Console action. There’s some Secret of Mana sitting there itching to be played for the review I’m writing. I also might finally play Super Metroid, which should have been something done a long time ago. I’m going to need a new classic controller because the old one is too small for my hands.

Wizardtrain187
Jumped back into Borderlands to take the non crap DLC (I’m looking at you Madd Moxi) for a test run. That game conjures up a strange nostalgia that I can’t quite figure out. Perhaps my former incarnation as a planet hopping treasure hunter is beginning to manifest itself into my current self. For those that know me, your assumptions are correct about the DLC that interested me the most. The Zombie Island of Dr. Ned is really fun and is a great way to switch up the pace of the game once you hit level 10, but going back to play it at later levels may bore some Borderlands vets. 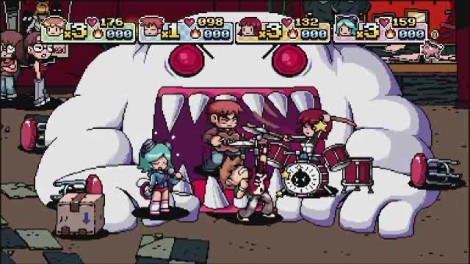 EndlessBen
Hmmm… what will I be playing this week? I had not a single moment for video games last week so I hope to get back into some this week. I started a second Mass Effect 2 playthrough recently, so I hope to get more time in for that. I would also like to check out Monday Night Combat and maybe that Lara Croft Summer of Arcade game. I also got my free copy of the Alan Wake DLC a couple weeks ago and haven’t gotten to that yet. Also I can’t wait to play Scott Pilgrim. “Is that out yet?” he says in a whiny, whiny voice.

Pixelmixer
Not much news around these parts. My multiplayer demo of Monday Night Combat expired, so I’ve just been getting back to the usual grind playing Modern Warfare 2.

2 Comments → Meanwhile… Those Two Games Are Out This Week