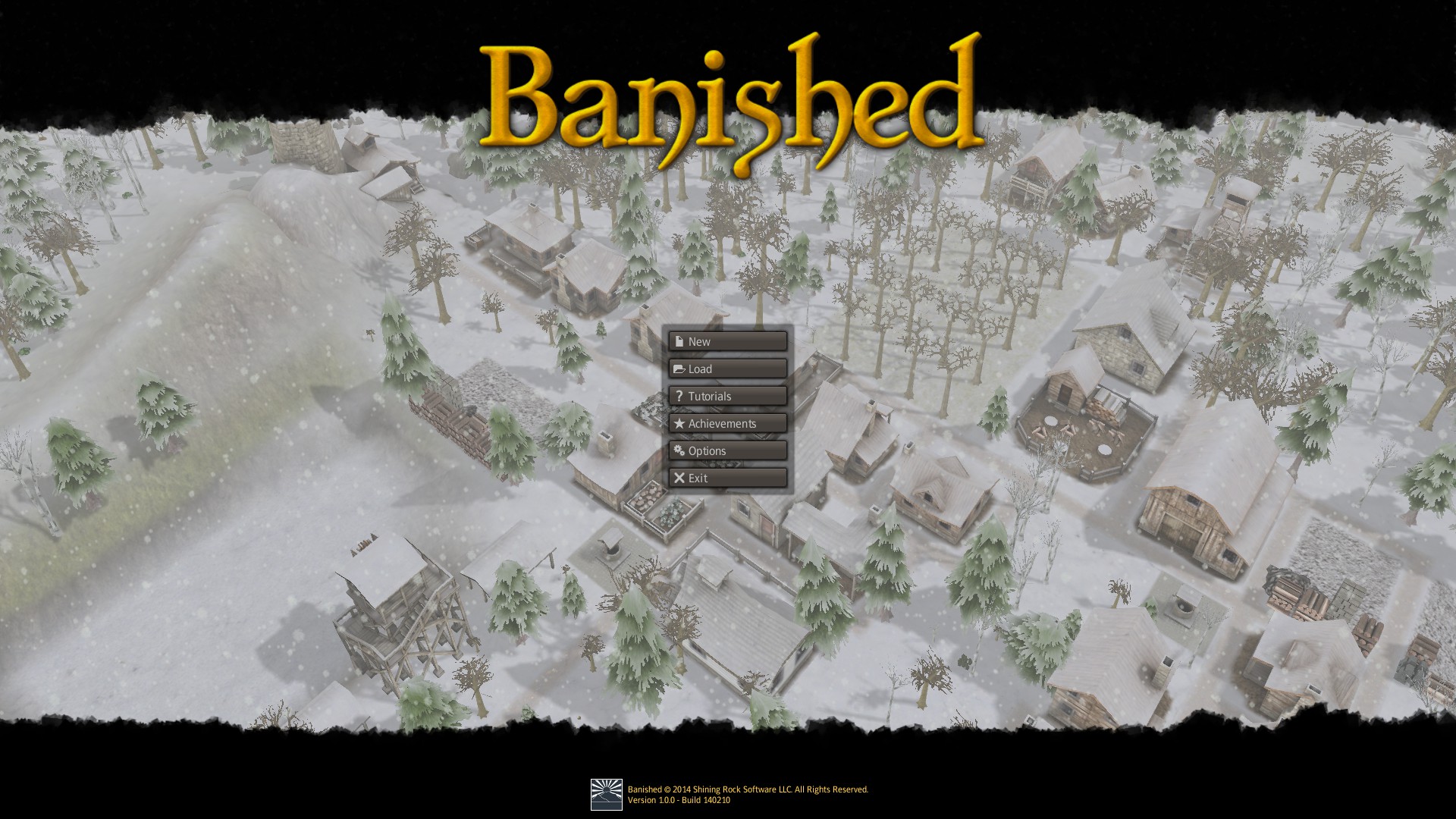 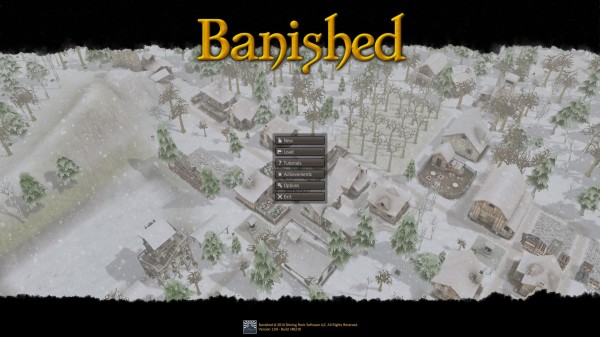 Not a day goes by that I don’t hear someone going on and on about the effects of humanity’s overpopulation of the Earth. While I’m not proud of the damage we’ve done to our fair planet, as an unbelievably successful species, it’s kind of tough to be upset that we’re progressing so rapidly.  The dodo bird would have loved to be as proficient at life as us, but nature saw to it that the lovable little avian didn’t make it out of the 19th century (in reality, that was the fault of humankind as well). Unfortunately, there’s a dark side to a species’s success, a point where poor planning and unregulated reproduction meet to create uncontrollable chaos. That theme is a constant in Banished, a game that punishes success almost as often as it rewards it.

My previous statement may paint Banished in a negative light, but for simulation nuts like myself, it’s quite the opposite. Growth is the name of the game in this genre, where more resources equal bigger and better buildings and so on and so forth until you’re overlooking a bustling metropolis. While that sort of progression is always nice, it never takes into consideration the many problems that come with transitioning from a small group of settlers to the beginnings of a society. By the end game in most titles, you’re able to sit back and calmly watch your little digital citizens handle things on their own while you do a bit of light micromanagement. After a while things get a bit too easy and thus the challenge is all but erased.

The beginnings of a successful civilization or a living hell?

On the contrary, Banished is a game that starts out somewhat simple then escalates as your tiny town begins to take shape. The basic goal is to collect resources (food, wood, stone, etc), motivate your citizens to reproduce and do your best to make it through the many horrific fates that can befall your clan. This is done by building structures, each with a specific purpose, such as a cabin that allows your people to hunt wild game, a mine for extracting coal and iron, and a forester tower that allows you to chop down and replant trees. Each building opens up a certain number of jobs, which your folks can then be assigned to. The more buildings you have, the more people that can work that job. The nice thing about this system is it’s quite easy to move your citizens from job to job based on your needs as sticking with a single profession is not currently a requirement.

After your town begins to grow, knowing how many resources you have and who’s doing what can begin to get a bit confusing. Fortunately, Banished comes equipped with a variety of information windows that let you know just how well your town is doing. One tracks resources, another tracks the number of citizens assigned to each profession and yet a third updates you when important events occur (such as babies being born, people dying or resources getting dangerously low). This aspect of the game may not be as attractive to those that want a more relaxing style of city builder, but for people that like data, it’s definitely a great way to keep track of things.

While describing this as a city builder isn’t inaccurate, creating an interesting looking city isn’t nearly as important as survival. Banished places players into a harsh environment where resources aren’t guaranteed and disaster can strike at any time. Though you don’t have to deal with monsters or rival groups, it’s still never an easy ride. Natural disasters like fires, snowstorms and tornadoes can occur without warning, but it’s the impact of poor planning that is really emphasized. Growth in this game is but a step on the path of success, making sure that you can support that growth is just as important. For instance, I got to a point where my food supply was in good shape and decided to build more houses, thus opening up the possibility for new citizens. Five children were eventually birthed, which was cause for celebration except for the fact that one of my citizens died in child birth. With five new mouths to feed and one less person to gather food (children can’t work), winter arrived and with it, the inability to grow more walnuts. My food surplus was now a food shortage and I had to scramble to rearrange workers and build the facilities needed to boost food production or risk starvation. 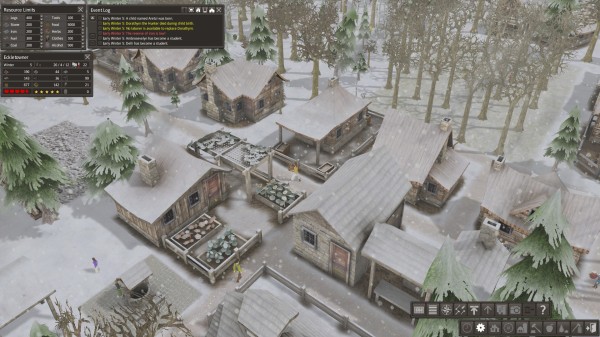 Placing the correct type of building correctly is key i.e. don’t be a stupid idiot!

It’s worth mentioning that I’m a huge fan of the “hardcore” city building simulation/survival genre, Towns and Majesty 2 being two of my favorite games (still studying Dwarf Fortress since it’s still the go to for extreme simulation games). Those looking for a SimCity or equivalent should probably look elsewhere; this game is tough and unpredictable. While you’re able to save at anytime, poor choices may not be evident until it’s too late, thus derailing whatever progress you’ve made. Additionally, the lack of human or non-human opposition may cause others to avoid this title as well, although, in all honesty I couldn’t imagine playing this AND fighting off enemies.

Banished has a slow pace and not just in terms of how quickly things occur on screen (you can, however adjust the actual game speed manually). It’s very important that every thing you do is done with careful consideration and that your eyes are always fixed on the informational popups. For some, this level of micromanagement will come as a hindrance to the rate they’d progress in similar games. I steadily built a meager village over the course of a few hours, which was satisfying not because of its size but because of its efficiency. Some may prefer visual stimulation as opposed to the peace of mind that comes with a conservative approach to city planning, and that’s okay.

The attention to detail coupled with the challenging premise makes Banished a solid choice for fans of simulation games that want a bit of an extra challenge. Personally, I’m already addicted to the game and I’ve only been playing it for a day.