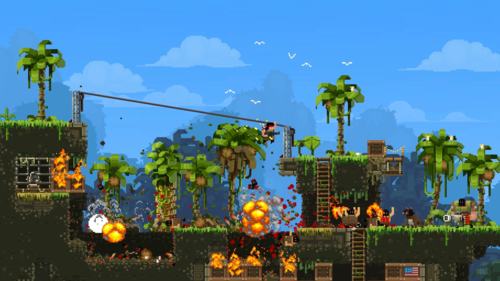 It’s been about a year and a half since we first interviewed the team behind Broforce, and the wait for all the brofeatures hasn’t gotten any easier. Of course that wait is a bit easier when new features and new bros get announced (above). Bronan looks pretty devastating and confirming online multiplayer is sure to make gaming with your bros a bit easier. Which if you are into the early access flavors, can start sooner than later as Broforce has been announced for Steam Early Access in March. The full release is coming to PC and consoles this summer.

What else do we have in here?