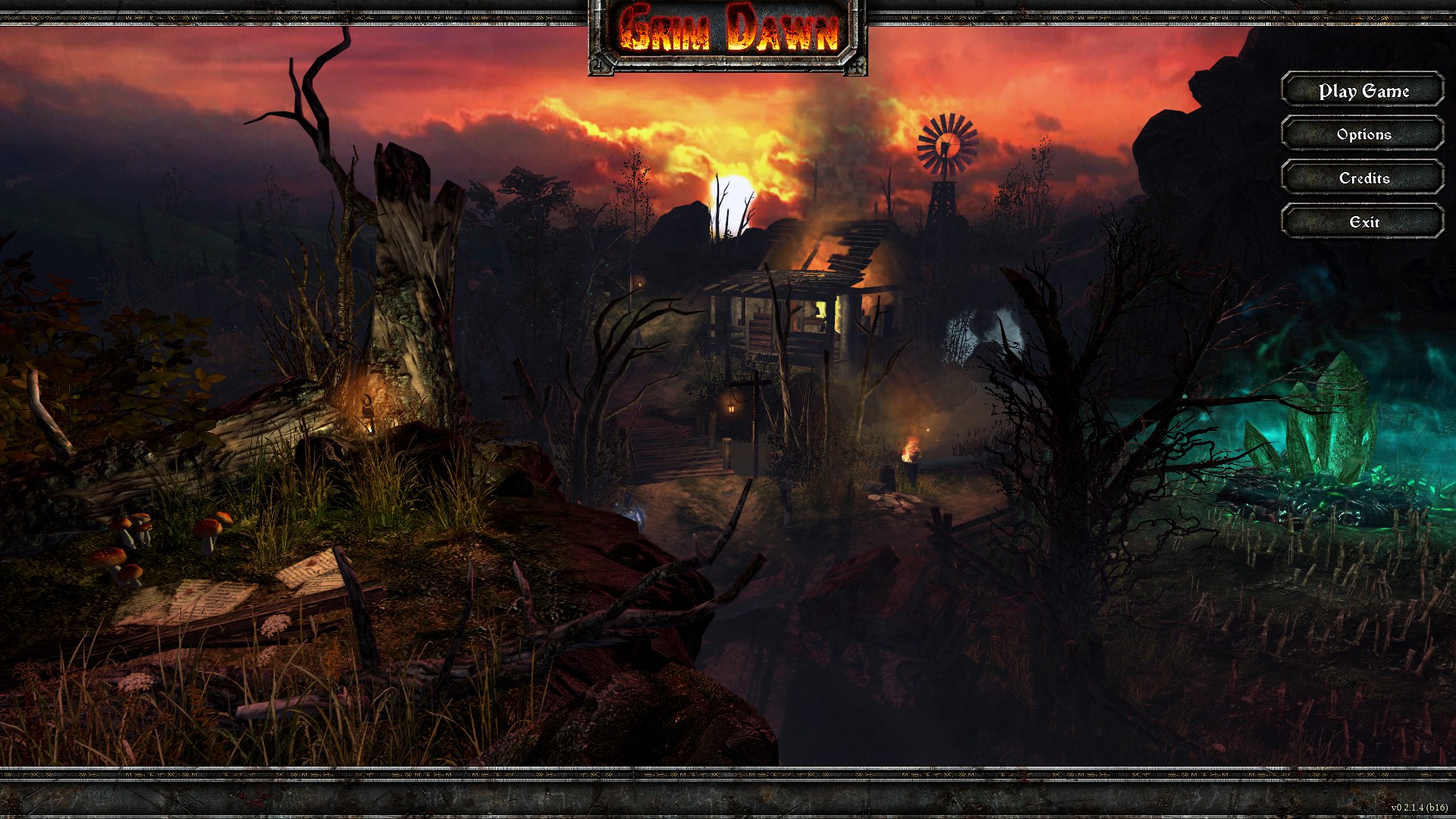 While I definitely like to “ohh” and “ahh” at the beautiful scenery and imaginative creatures I tend to find in fantasy games, I’ve recently found myself adrift in an ocean of cuteness. In a world where netting a wide audience is more important than satisfying a niche, cute has settled in as the status quo. I don’t want to sound like a gloomy Gus, but sometimes I just need a dank, disgusting world to get get dirty in. That’s why playing the early access version of Grim Dawn has been so refreshing for me as I didn’t find myself taking in the beauty of my surroundings as much as being oppressed by them. 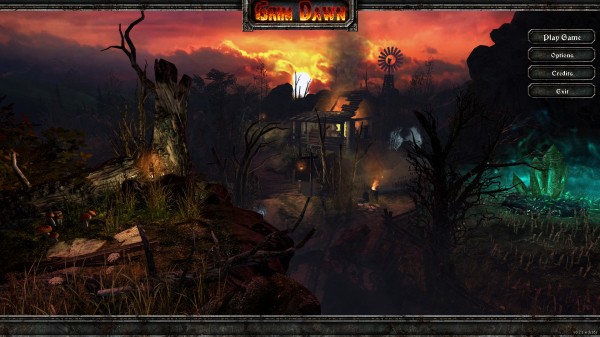 The first thing I noticed when I started a game in Grim Dawn was that humanity was on its heels in a way I hadn’t seen before. Where as many games have utilized a post-apocalyptic setting, there were always bastions for safety, lights at the end of a dark tunnel reassuring you that wading through horrific circumstances will eventually lead to a pleasant future. Grim Dawn did not give me this impression. In fact, I’m convinced that even after I save Cairn (Grim Dawn’s location) from whatever evil has permeated it, things are still going to be pretty crappy for its residents.

The interesting thing is, it’s not just the monsters that contribute to this impression. While a gaggle of horrific creatures is always important in setting the mood in a game like Grim Dawn, they feel more like an extension of the environment as opposed to a separate entity. It’s the things that aren’t commonly focused on that benefit most from the aesthetic of Grim Dawn, the items or places that always appear to be cast from a different mold than the rest of the game.

They’ll stop coming once everyone is dead.

Take for example Devil’s Crossing, the town where you begin your journey. What once was a prison now acts as a “safe place” for survivors. Though don’t let that fool you; Devil’s Crossing is a monster horde attack away from becoming yet another above ground graveyard. Everything is held together by scrap. The guards hold off the steady stream of undead that wanders in from the ruined town just down the road. It feels more like a place where you’d be fighting monsters as opposed to a place you go to purchase goods and relax. That being said, it makes sense in this world as humans have been knocked down a couple links on the food chain.

Step outside the city gates and you’re already knee deep in grime, blood and bodies (of the walking dead and dead-dead varieties).  There’s an immediate sense of dread as you wander further away from Devil’s Crossing, the ruins of once vibrant villages still burning as monsters battle amongst each other.  This continues as you explore forests, caves and other locations ravaged by the evil that’s blanketed the land.

Even the tools you use for survival reflect the state the world is in. Armor and weapons aren’t bright and shiny pieces used for both utility and looks, but rather scraps of rusted metal or stained cloth stitched together to give you as much protection as possible. While I’ve yet to find an item that I thought looked “cool” on my character, I appreciate the efforts put into the design to make every aspect of the game seem inhospitable. 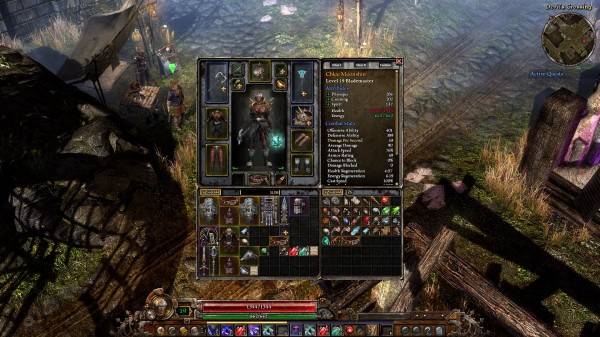 Grim Dawn isn’t the first game to tread this territory, but for me it’s signaled a nice change of pace, especially in ARPGs and other fantasy based genres. I like to look at pretty stuff as much as the next guy, but sometimes feeling dirty feels good.