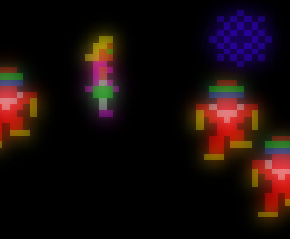 Zombies may be the foe of choice in modern games, but the 80’s tell a different story about the true threat to humanity, robots. Robotron: 2084 even gives us a year to count down to our doom.

It’s up to you to save the last human family. Afterwards, they are sure to throw in the towel on our race entirely, but we can at least spare them a horrific, cold, and metallic death. Actually instead of all of that, how about you just grab both joysticks and blast the hell out of everything on screen? That’s a plot I can get behind. 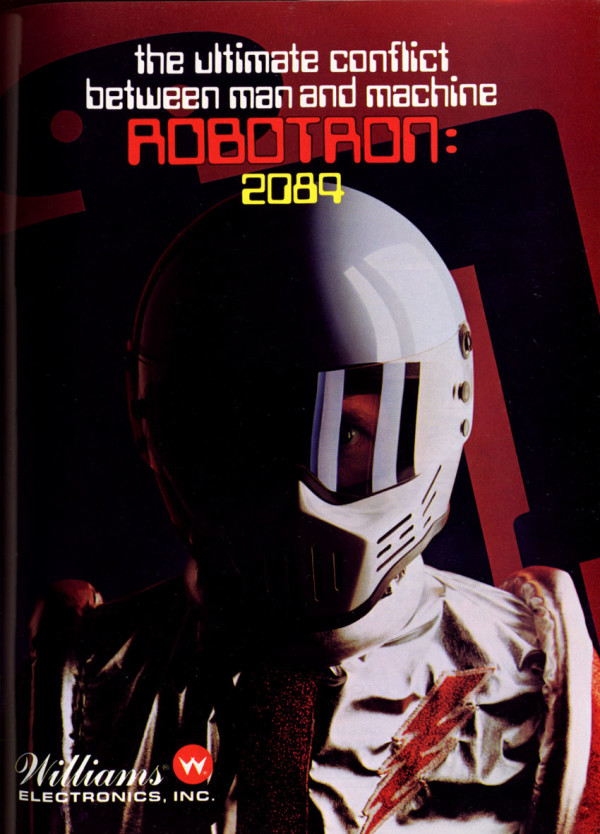 I had played a good deal of Robotron’s offspring and extended family, but never truly got into the original mainly because of the game’s brutal difficulty right out of the gate. The screen fills with robots, gives you a second to realize how truly screwed you are, then it lets loose. You have to scramble and do your best to save the humans on the screen, while avoiding all kinds of robot weaponry. After a few rounds, you start to realize how easy the first few waves actually are, only to be crushed by the scary scenarios and new robots enemies that show up after Wave 5 or so.

“Robotron 2084 was, above everything else, fair. It showed you everything it had, and then it tried to kill you. Who needs scrolling levels? Who needs surprises? Robotron is a fist fight between you and a worthy opponent.” – Ben Kuchera, Ars Technica – Masterpiece: Robotron 2084

Despite Robotron’s difficulty, it became one of our more popular arcade challenges. The battle for the top of the leaderboard was intense and I’m still kicking myself for not being able to top the 200k barrier. Robotron features randomization when each level loads so victory not only hinges on your skill, but a little luck that you places the enemies and humans in a survivable and high score supporting manner. Of course, some levels will just destroy you if you aren’t paying attention, but they are never impossible.

I knew the game had turned on me when robots with/as brains started to show up and turn the humans into suicide weapons. That’s doubly cruel since not only is it killing a human (and potentially you), but it’s also cheating me out of the points I’d get for rescuing that human. We should have never given the robots, brains, or donuts. Especially donuts that can spawn robots. These are the problems we need to work on before 2084. 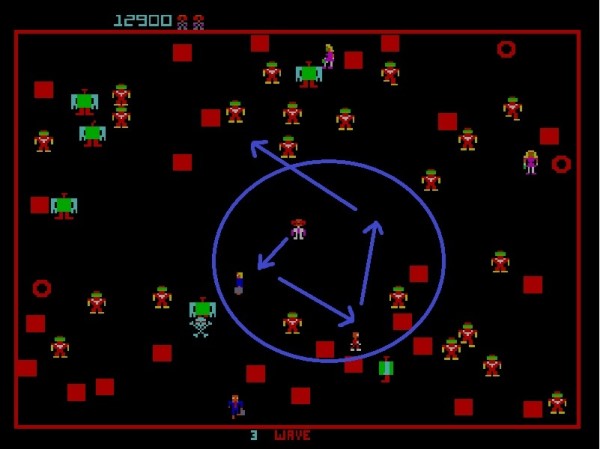 Arcade Challenge of the Week – Horrible Night teams up with @interactiveBaM for a leaderboard based competition featuring a new arcade game each week.