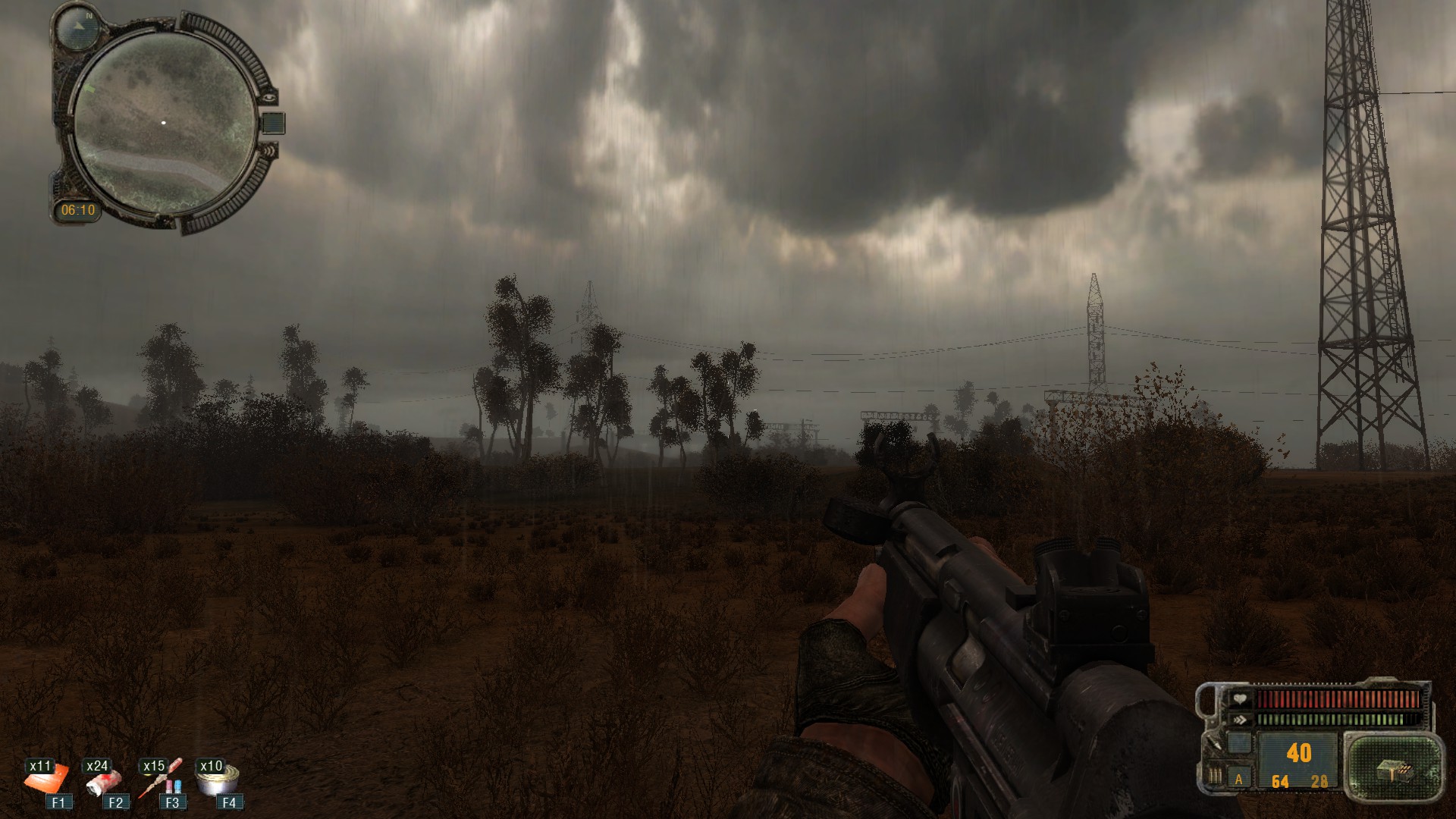 The world of video games is full of memorable villains and monsters, characters that we’ve loved, hated and feared at the same time. But when I think of the most intimidating entity of my gaming career, I don’t think of zombies, terrorists or even demons from a burning Hellscape. No, the opposition that sent the most shivers down my spine were the love children formed from the sexual relations between a dimensional rift and an atom bomb, entities so frightening that I still dream about them to this day. When I think of memorable villains, I look to the sky and recall blood red clouds rolling in, evidence that one of STALKER: Call of Pripyat’s emissions was about to begin.

A combination of revisiting CoP (modded with Call of Pripyat Complete) and the wintry madness that’s been occurring in my home state of Indiana made me realize just how spectacular of an opponent the emissions were in the game. They literally changed the environment when they arrived, suddenly and with little regard for the poor souls exploring the irradiated zone around the Chernobyl disaster site. I remember being overwhelmed by giant bosses or large groups of enemies in the past, but nothing compares to the feeling you get when the game decides the already hostile environment isn’t hostile enough. While many games have used weather as an obstacle for players before, none of them ever felt as organic or as intimidating as the emissions.

I remember my first run in with emissions quite vividly (in regards to CoP, the original STALKER had a couple scripted versions). As I walked through “The Zone” scavenging for supplies and avoiding mutants and marauders, an eerie stillness started to set in. Looking to the sky, I saw heavy clouds roll in. “Another storm,” I thought to myself. Sudden changes in the weather are not uncommon in a place that doesn’t abide by the laws of physics. I shrugged and continued on my way as the distant sound of thunder could be heard.

The wildlife seemed to already know what was going on, their enhanced senses signaling danger and sending them to the nearest cover. I suddenly found myself alone, something I thought was comforting in a world that’d been trying to fill me with lead or tear me to pieces the entire time I’d been there. I breathed a sigh of relief, thinking that perhaps that day was going to be a good day. It goes without saying that it was not.

I was  pulled from my leisurely walk by the sound of sirens in the distance. Bandits I didn’t realize had been following me bolted from their cover, desperately dashing in the direction of the ruins of a concrete warehouse. I thought perhaps they just didn’t like getting wet, but the truth was they knew something I didn’t.

I looked to the sky, expecting a funnel cloud but the sight I saw as far worse. In reality, I’d have welcomed a tornado as I watched the grey clouds erupt into fiery oranges and reds. Lights flashed around me, the ground rumbled and at that point, I thought it was best to heed the warning over the intercom and find cover. I panicked as I searched the landscape, eventually settling on a storm drain that I’d avoided out of fear previously in my game session.

I made it just as the world around me exploded with a strange energy. I prayed to the gaming gods that I’d crawled far enough into that long cement tube for adequate protection. I was legitimately panicked, some excellent sound design making the experience that much more real.  For those that grew up in the Midwest, the sound of a storm can be both relaxing and frightening but the emission decided to focus entirely on the scary aspect of its presence.

Eventually, a player gets used to the presence of certain game mechanics, but there was never a time I felt comfortable when I knew the world could suddenly explode.  I think that’s a good thing, kept me on my toes (not that CoP’s world needed anymore help). While I highly doubt anyone could match the intensity of the emission, I’d love to see Earth shattering storms and other natural phenomenon introduced into games as yet another danger lurking just around the corner. There’s nothing quite like two sides of a fire fight calling a truce for a moment as something far bigger than them rolls in to mess things up.