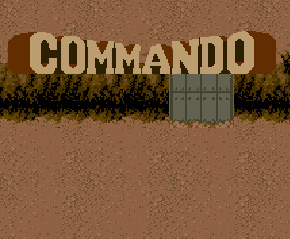 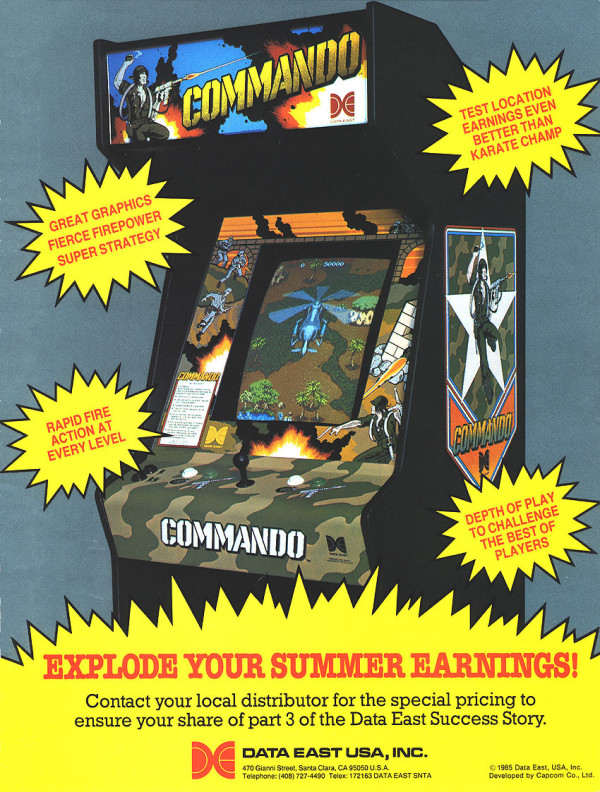 What else would I spend my earnings on?

I wanted to start of the 2014 arcade challenges feeling like the true heroes that we are. One man against an entire army seemed like a great way to go about that. Commando delivered on that premise, however, it also reminded us that being a one man army isn’t a good tactic unless you are already awesome. Of course, how can you not be awesome when your character is named Super Joe?

“Commando is to overhead run-‘n-guns what Contra is to sidescrolling ones. It not only vastly exceeded what came before it, but it also standardized everything that would come to be clichéd in the genre in the years that followed… In lieu of boss fights, each level ends with a section where a large crowd of enemies is fought in an area without any protective terrain. These sections will invariably have a crapload of bullets and grenades on screen and will put your dodging skills to test.” – Hardcore Gaming 101 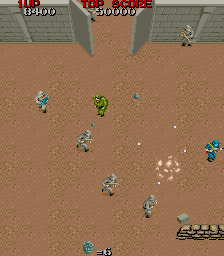 Commando absolutely kicked our collective asses. However, no one wanted to give up. Commando is challenging, but its pacing and design is so damn good that you always want to try again. It never feels cheap. When you die (over and over again) it always feels like your mistake. You weren’t paying attention to that enemy, you screwed up trying to dodge that bullet, or you forgot that motorcycles can crush you. It’s never the game’s fault, it’s your fault, and you need to get better if you really want to be a one-man army.

Outside of its addictive difficulty level, my favorite feature of Commando is the grenades. In contrast to your machine gun that can shoot in any of eight directions, grenades are strategic weapons that you  can only throw straight ahead . Grenades are useful against certain types of enemies, but they are never overpowered. Thankfully, grenades are also plentiful and quite satisfying to use in a massive grenade frenzy when you see you are about to die, again. If you were good enough though, you get to literally shoot your name onto the leaderboard.