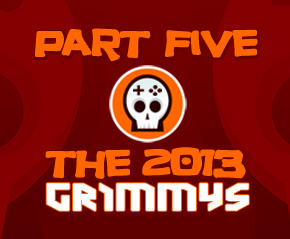 Some of the games of 2013 deserve more than just a participation trophy. Justin, Ethan, Aaron, Coop, and Jordan settle in for a five part deliberations to hand out The 2013 Grimmys. This finale features stories, music, and the overall game of the year.