The week of Gamescon always succeeds in doing one thing, building our anticipation for PAX by releasing tons of great new trailers of games for this holiday season. Not to mention, a few leaks of humorous proportions. Back home, we saw that Angry Birds is attempting to slingshot over the shark. 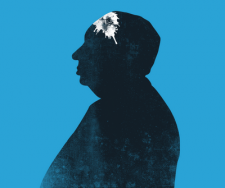 Review: Lara Croft and the Guardian of Light – Destructoid
Start getting your hopes up. Summer of Arcade ends with a bang.

Kane and Lynch 2: Dog Days Review of Xbox 360 Version – Giant Bomb
Wow, they really gave it an honest effort to like this game. Looks like it’s all style, and no content.

Retro City Rampage looks freaking amazing! – Destructoid
Here’s hoping they expand the release from WiiWare to the other consoles, too.

Hard Corps Uprising Screens Look Gorgeous – Co-Optimus
Contra with an awesome art style. Now all you have to do is wait for it.

Stop what you are doing, watch the Metroid: Other M TV ad – Destructoid
This doesn’t feel like a Nintendo ad at all. Which is a great thing.

Full Rock Band 3 setlist not confirmed (yes, it is) – Destructoid
Glad to see they have a sense of humor about this leak.

The Only Dead Rising 2 Screenshot You Should Need – Evil Avatar
Well put.

Amazon Leaves XBLA Code Bidness – Evil Avatar
Bummer. It was always a little janky, but still a good way to give the gift of games.