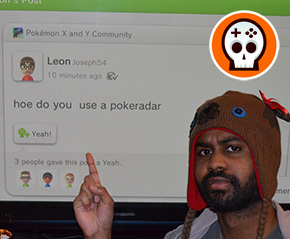 Compared to my gaming last year, this year feels huge. Like Skyrim huge. Dude, people still play Skryim. What’s even more bizarre is the only new system I bought was a Wii U. I had an agenda though and I’d say that it paid off. I mostly knew what games I wanted to play this year, but, for the better, a ton of games found me.

My 2012 list was pretty straight-forward, listing my top 10 games. 2013 is gonna be different. I’ve played through so many games worth talking about that I’m splitting this sucker up into two cohesive parts. The first is a category-based view of games that I just have to talk about, while the second is the more traditional top listing where I bring it home with my five favorite games of 2013.

If you paid any attention to any podcasts where I guested with Justin this summer, you should be more than familiar with the fact that I love myself some Animal Crossing: New Leaf. As the real world around me crumbled into dust and disarray, my virtual mayorship was thriving and I often sailed to my vacation island for many leisurely evenings. Kappa, sing me to slumber with your beautiful shanties… 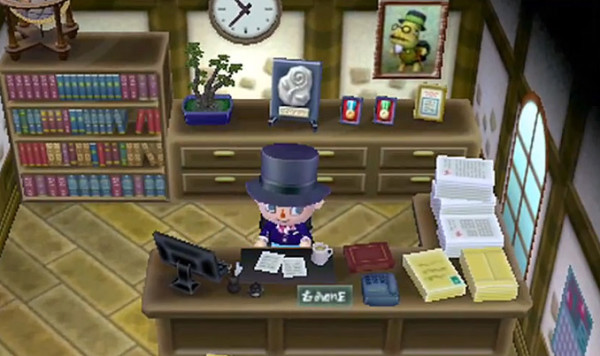 I was a latecomer to the adventures of Ms. Croft and her raiding ways, but I’ve always supported her as a character. It only makes sense that a new Tomb Raider feels like Uncharted, one of my favorite series, as Nathan Drake seems like he could be one of Lara’s long-lost brother. I’m ready to raid more tombs with new Lara any day. I just hope she brings along that pickaxe. 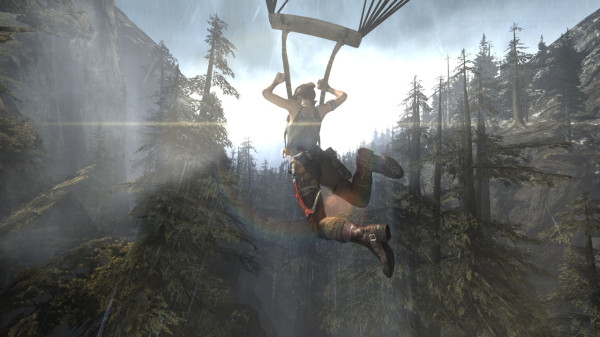 “Gotta catch ’em all.” This is the sacred vow many gamers of my generation took back at the start and I’ll be damned if I’m gonna give up now. Pokemon X/Y kicks the training game up a notch, takes the critters into 3D and has all the online connectivity necessary to be a modern-day Pokemon champion like no one ever was. To catch them is my real test… 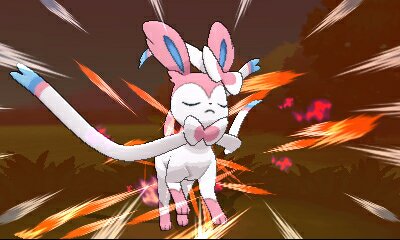 Year of the fairy type.

Grand Theft Auto IV was ok, but returning to the landscape of San Andreas is downright amazing. The attention to detail found in GTA V is impressive as the waves crash against the cliff-side roads and your sport car’s GPS signal drops as you zoom through a tunnel. There’s so much to do, whether it be planning a daring heist or just taking in the sights. Also, Trevor is one crazy sumbitch. 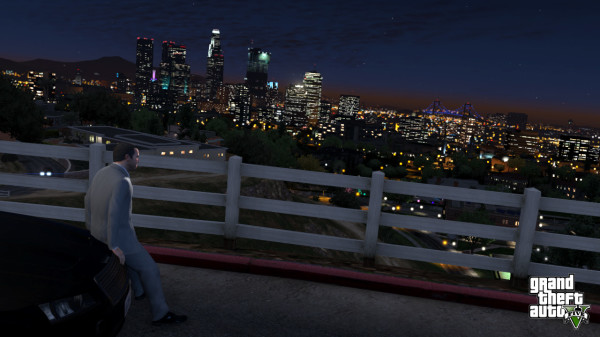 I hope my mid-life crisis looks this good.

If you don’t have a smartphone, f*** you! That was harsh, let me start over. If you don’t have a phone capable of playing something like Ridiculous Fishing, then I don’t quite care for your way of living. Nothing goes better with sitting on the toilet than blasting away dozens of fish falling from the sky.

Aaron came to a room with two doors and entered the one on his left. Wait, where is he going? Um, let me improvise. Aaron turned around, went to his laptop and wrote several words about why The Stanley Parable was his favorite surprise of 2013. He believed it was because of the joy and laughs he experienced in diverting from the main path. Let me just say 2013 was full of surprises. 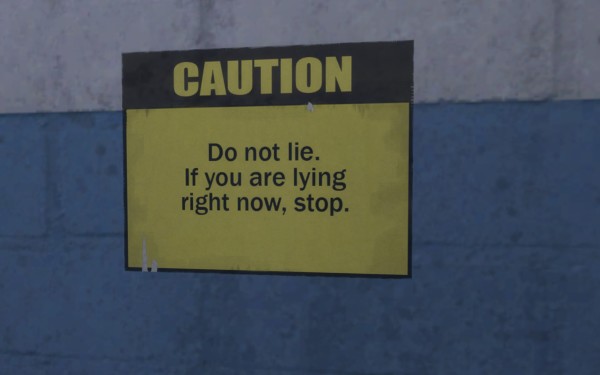 No lie, this parable is awesome.

Honorable Mention: The Legend of Zelda: The Wind Waker HD

Wind Waker HD has a special place on the list as the game that finally convinced me to buy a Wii U. Yes, it’s a game I already own and have played before. It looks better, has minor additions and frankly still holds up. Plus, I needed a great excuse to be ready for the release of Super Mario 3D World. *cough see below cough* 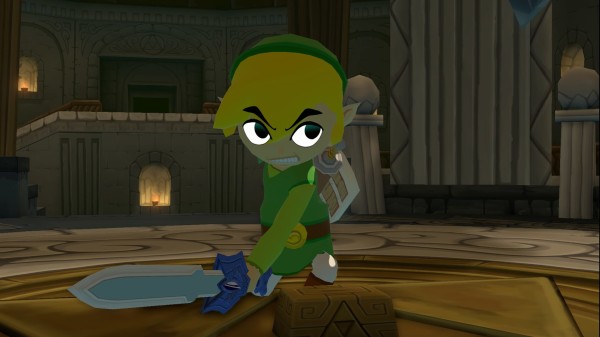 Bioshock Infinite is a game about similarities and differences. Instead of going to a city on the ocean floor, you rise into the clouds. The means to get to either city is a lighthouse. It’s still a first person shooter, but the action is faster and crazier thanks to tools like the skyhook. I don’t want to talk about the story, but LEMME TELL YA ABOUT THAT STORY. I cared about the characters and maaaaybe the ending is a little “head-explodey”, but Irrational put a lot of care into this entry, making it a well-rounded Bioshock and one of my favorites of the year. 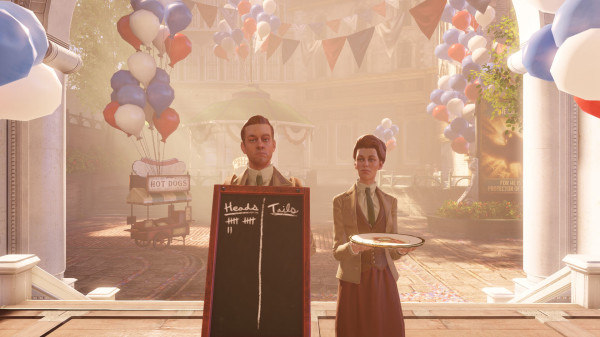 I knew very little about Rogue Legacy just hours prior to slamming my credit card into my computer monitor and shouting, “Take it all!” Being a sucker for 2D-action platformers, I wiped off my rose-colored glasses and immediately fell in love with this game. It’s no secret that I loved last year’s Spelunky HD and the idea of roguelike-likes, so the idea of quick deaths and randomization makes me drool. Sending the newest knight, complete with his or her own class, personality and physical variation into the ever-changing castle was an adventure every time, even when the lifespan was less than 30 seconds. Just one more run… 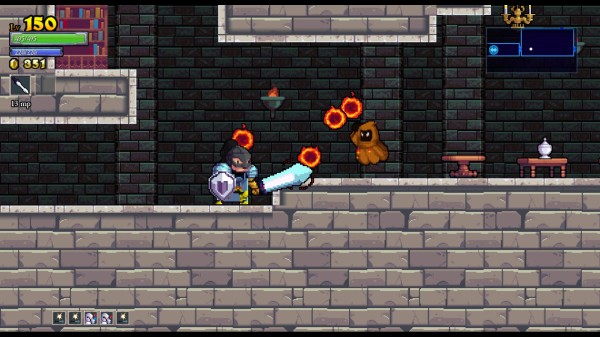 I bet the family reunions are awfully morbid.

I’m not going to talk about the fact that Mario and company put on suits that cause them to run on all fours and make meowing noises. That would only undermine the fact that Super Mario 3D World is a solid and amazing successor to 3D Land on the 3DS. Just kidding, the cat suit is boss. Every level feels like the right step up in terms of challenge and fun ideas. It looks and sounds like my childhood on barely legal happy pills. Any other year, a title like this would be my number one. Keep it coming, Nintendo! 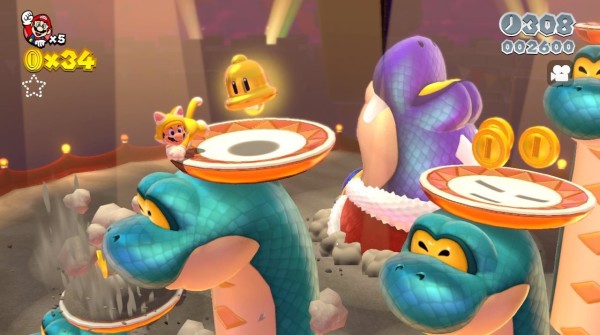 My closet is totally not full of cat suits meow.

2. The Legend of Zelda: A Link Between Worlds

Two Nintendo games in a row, it’s like I’ve traveled back in time. A Link Between Worlds deservedly and unfairly has become my favorite game to grace a 3DS, causing me great grief in having Pokemon X/Y on a lower rung of the ladder. The Zelda series, as high as I hold it, had definitely fallen into a predictable formula. ALBW shakes things up with a looser story and the freedom of exploration to the player’s benefit, allowing the way I want to play a Zelda game to differ from someone else’s. I might explore the forest first, while a friend beelines to the swamp. I might rent a few select items, while the same friend outright buys out the whole shop. Plus that main theme will never get old. 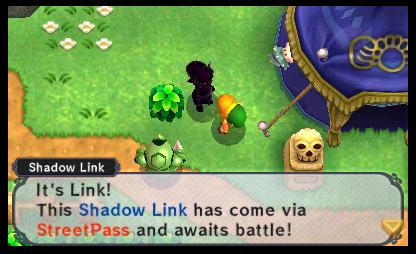 A Link for the future.

It might be the age talking, but I seem to become more emotional with every year. Yes, I even cried a little at the end of last year’s The Walking Dead. This doesn’t mean I’m a sissy or anything, but that games are showing more and more signs of maturity in their themes. The Last of Us can be described quickly as a zombie survival game, but that does it a big disservice. It’s a game about loss, love, greed and trust. I approached almost every scenario deliberately and carefully. I cared about Ellie, but I also cared about Joel. Why shouldn’t I? He might have been tougher and older, but he was just as fragile on the inside. With every mistake, I would cringe and curse my sloppiness and tried to make my next attempt count. I sighed when the credits began to roll, as if a weight had lifted. I had gone through some shit. We had gone through shit. 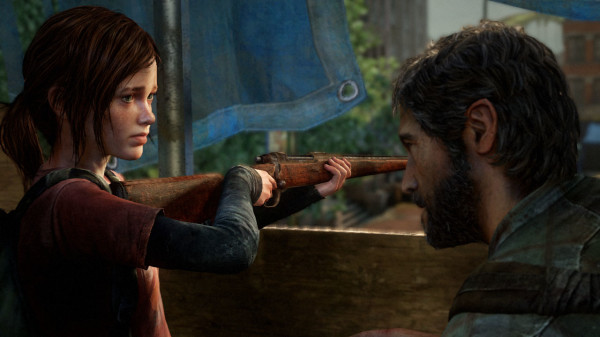 The best of them.

2013 was an amazing year for games when I reflect on it. For every Aliens, there were a handful of far better releases. A lot of games pushed the envelope harder and some even began to grow up. Many games were serious while others got sillier, but many of them were some of the most fun games that I’ve experienced yet. Hell, Justin and I played Divekick and I still don’t know what to say about it. With the release of two new consoles and a lot of promises, I can safely say that I’m excited for 2014. Video games, you’ve been and will continue to be great.