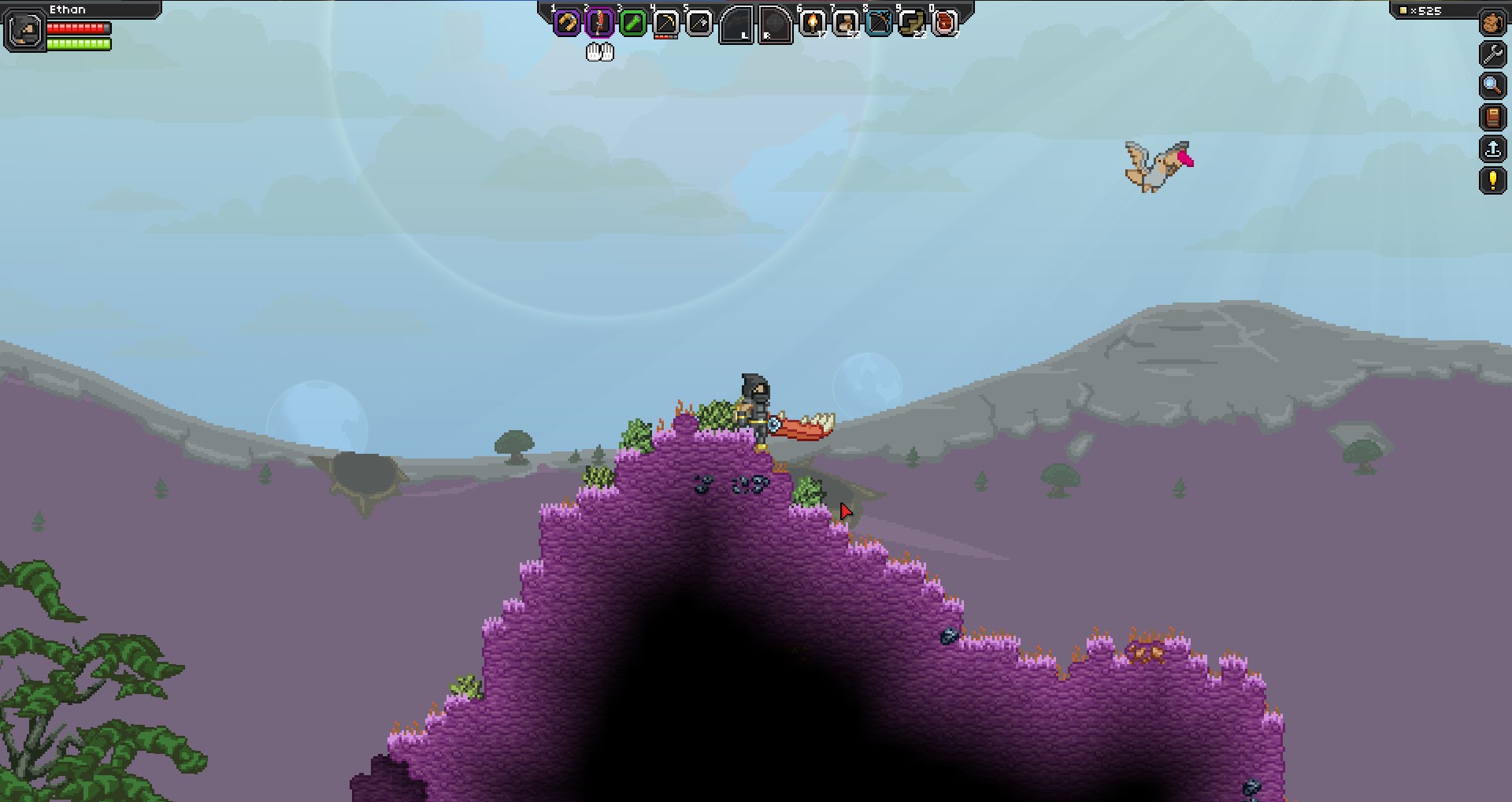 I’ve explored my fair share of extraordinary locations, many of which featured people, places and things that wanted to kill me. Starbound is no exception. That being said, the world of Starbound appears to want me dead more so than most. Why is this? I’m not quite sure, but I assume it has something to do with the fact that I’m a super brave space explorer and Starbound may have been picked on by a similar space explorer in the past, thus validating its anger at a complete stranger such as myself. I’d have loved to have a chat with Starbound and help it try to relieve a bit of that angst, but I never got the opportunity as flock after flock of fire-breathing toucans set upon me for no apparent reason. 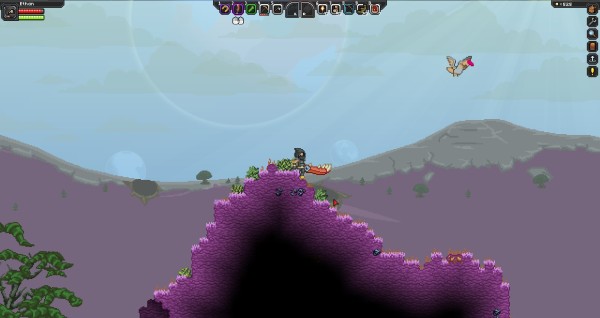 That bird may look innocent, but it’s a total prick!

The aforementioned incident threw me off quite a bit as the toucans appeared to be smiling, which to me is an indicator that the creature was either indifferent to my presence or perhaps wanted to be friends. Perhaps that was the case and the flames spouting from its mouth were but an expression of unity, which I being an alien on the planet misinterpreted. Looking back, maybe slashing the bird in the face with an oversized sword coated in poison wasn’t the most diplomatic thing I could have done but I was filled to the brim with panic. Besides, that toucan could have done a bit of research on human culture before I beamed onto his planet. I’m not sure the responsibility should rest entirely on my shoulders.

Due to my problems with the indigenous species of the planets I was visiting, I decided to utilize my digging tools and hang out underground for a bit. This was also necessary for crafting purposes as I’d need a butt load of different ore flavors to continue my adventures. You can only do so much with things made of wood and stone. I mean, I’m a space man, I need things made of high-tech plastics and shiny metal or else the other space men were going to give me crap. 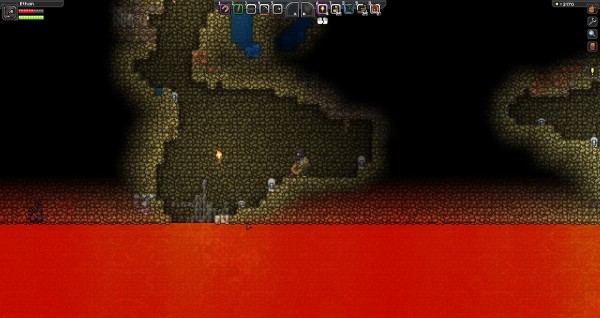 This did not end well…

Having experience with the world of Terraria, I decided the best option was to dig straight down and eventually I’d find large veins of the ore I needed. Eventually, greed corrupted my mind and I found myself digging deeper and deeper until I almost broke into a large chamber full of lava or to be more accurate, magma. I decided it’d be best to leave as I didn’t exactly have a magma proof suit. However, I decided to experiment with a pool of water above me and see what it’d do when it came in contact with the water. This turned out to be pretty stupid as I took a wrong step and met my fiery demise.

I eventually met some bipedal creatures that appeared to have pulled together some semblance of a society. They looked like plants and seemed trustworthy enough, going as far as to sell me vegetables (which seems a bit cannibalistic if you think about it). While visiting a nearby planet, I ran into similar beings holed up in a ruined castle. Thinking I had an in, I approached, only to be viciously attacked. I recovered and was forced to slaughter every last one of them. I felt a bit dirty, especially given the way their compatriots treated me earlier, but I had little choice. 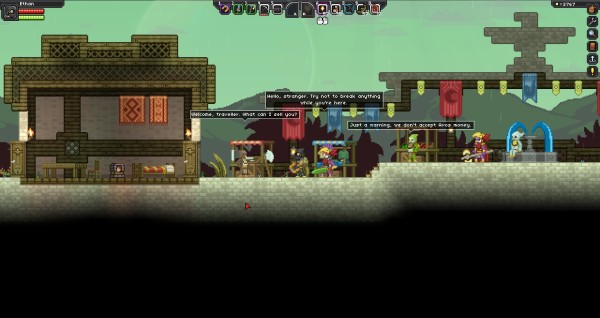 These guys were cool, even if they did offer up their young for consumption.

I had planned on visiting the nice plant people again, but I decided against it because of my guilt. Perhaps they would have understood the necessity for survival, but I would have still struggled to look them in the eye. I guess I learned a valuable lesson about surviving in outer space; allegiances only go as far as the planets that contain them.