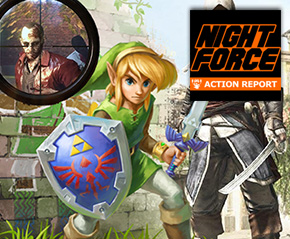 Not only can Ethan make a nice bird, but he appreciates history and always saves room for more zombies. Justin can’t cook but he more than makes up with it with his passing and dungeon puzzle solving abilities. Plus Grim Dawn and Valdis Story.

Night Force Action Report – The editorial video game podcast where the HorribleNight.com cast gets caught up on the games they’ve been playing, new releases, brainstorms original material for the site, and pitches a few game ideas.

This show was recorded live on Twitch.tv/HorribleNight. The final video will be available on YouTube.com/HorribleNightTV.