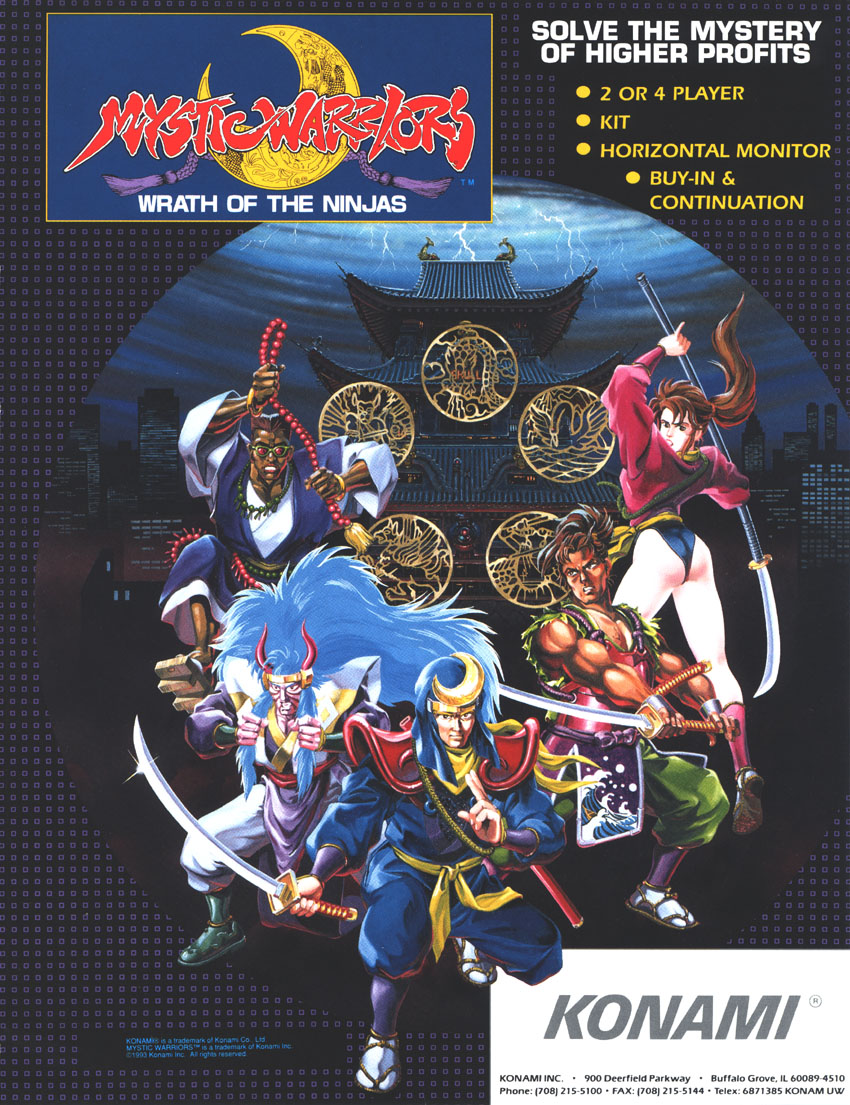 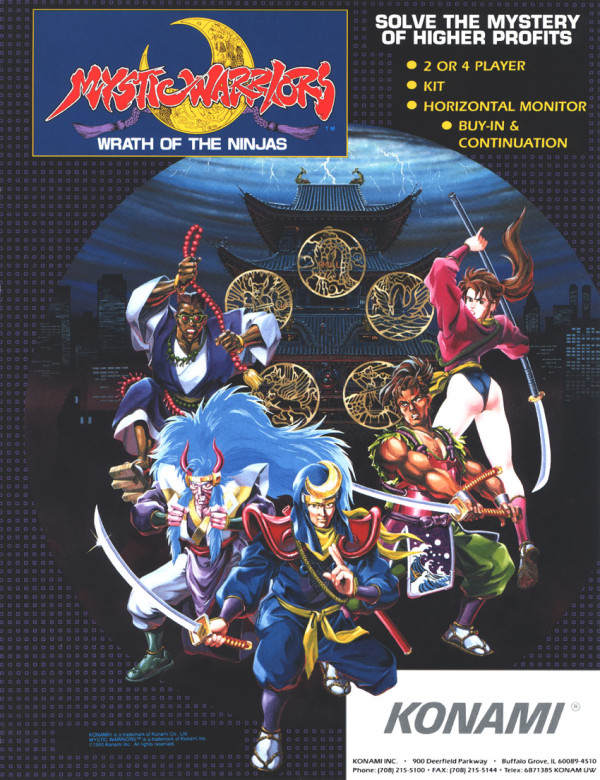 Mystic Warriors is set in a dystopian future in New York, where an evil organization known as the Skull Enterprise has taken over the nation and are now plotting a worldwide takeover. The player takes control of one of five young ninja who are being targeted by Skull forces: Spyros, Keima, Kojiro, Brad, and Yuri… – Wikipedia 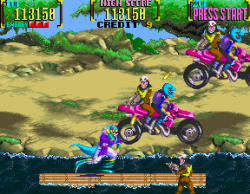 Upon having that monthly reflection: “Man, how good was Sunset Riders? Damn.” I sought out more of Konami’s running-and-gunning arcade work and it led to the ninja apocalypse in Mystic Warriors. Every bit of the presentation is as over-the-top as it should be from the intimidating SKULL enterprise (all caps, all the time) to the diverse cast of mystical ninjas heroes that features my favorite ninja-named-Brad of all time (and I just met him). Ninja powers and shooting enemies with unlimited ninja ammunition keep things exciting in between ridiculous boss entrances. It’s the best game your favorite terrible martial arts movie deserves.

Then, for the hell of it, let’s try all of that on a snowboard.