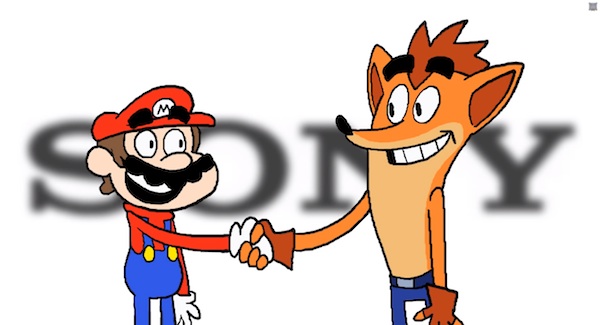 Gaming history buffs will remember the ironic fact that Nintendo helped create one of its greatest adversaries, the PlayStation. Thanks to the Sony Playstation Lore in a Minute video, I found another bit of irony that rubs a bit more salt into some Nintendo scars. Namely that when Nintendo suddenly dropped Sony from its potential disc drive partnership during the height of the Nintendo vs Sega wars, it replaced Sony with Philips. Which led to the CD-i. Which led to those Zelda and Mario games on the CD-i that we are not allowed to talk about.

So not only did Big N create the PlayStation, but it also soiled their two greatest franchises in the process (but we don’t talk about those games so that’s fine).

That being said even after my PS4 purchase last week and my attempts to stave off a last minute Xbox One purchase, this weekend I’m most excited to hang out with Super Mario 3D World and A Link Between Worlds. So I think things turned out pretty good for everyone involved. Except maybe for Philips…