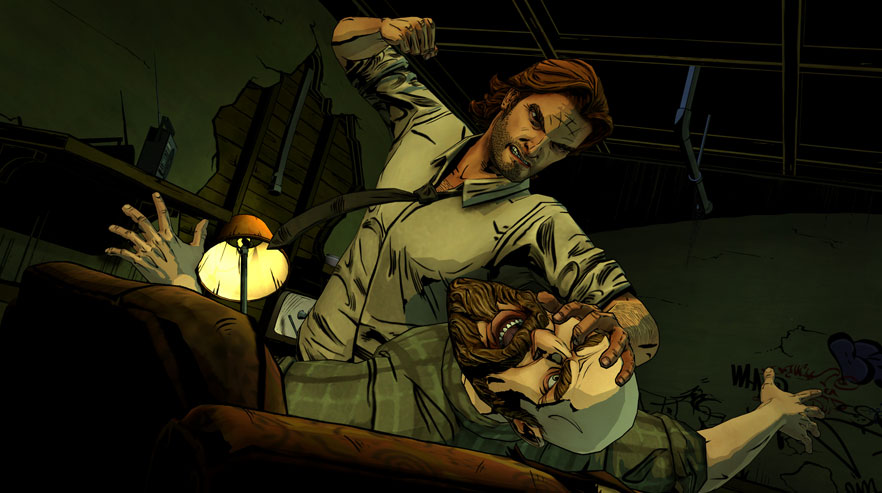 It has been a fun ride on the Telltale train the last few years. Full of ups, downs, and even a game of the year. I assumed Telltale had peaked. I was convinced that Telltale’s true test would be branching to a new franchise. It did not take long for Telltale to announce that the comic book series, Fables, would be their next franchise. Having no tie to the series myself, I had no idea what to expect from The Wolf Among Us or from Telltale.

You can watch the 5 part Gamethrough of The Wolf Among Us – Faith above. For more gaming videos from Horrible Night:

I know about as much as you do, Sheriff

While it’s too early to judge the entire series, The Wolf Among Us is off to an incredible start. The first episode is easily the strongest start for any of Telltale’s game series and any adventure game in my recent memory. My lack of familiarity with the source material ended up playing into the strengths of the design of the game. My favorite element of Telltale’s interactive stories are the emphasis it places on making quick decisions whenever you are given options. What this ends up doing for me as a player is allows me to play the game naturally and react with my gut rather than with my head. In other games, I tend to try to craft “the perfect story for my perfect character” and replay sections until I get the outcome I want, which ultimately lessens the impact of the story. The Wolf Among Us does a great job of making you feel ownership over your choices and that you and your character are reacting naturally to the situations around you. 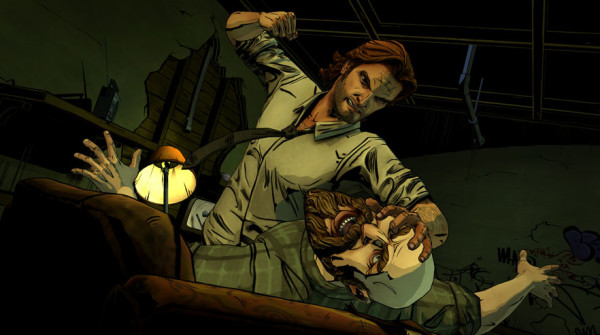 Sheriffs have to get their fists dirty.

You play as Bigby Wolf who is the sheriff of Fabletown, the part of New York where fairy tale creatures/characters live alongside modern day humans (mundies). The game opens up with Bigby investigating a domestic disturbance. It turns out that Telltale’s point-and-click adventure style once again fits perfectly for crime investigations (which shouldn’t have surprised me as a fan of the Sam & Max series). Telltale has been perfecting/evolving its gameplay choices and, for the first time in an adventure game, I failed to notice the breaks between environmental puzzles and normal conversations. This is an amazing feat. The pacing of The Wolf Among Us makes all of its parts flow together naturally. I consider it to be a huge compliment to the game designers when a quick time event can catch me by surprise, and there were multiple times during my playthrough where I thought I could kick back to enjoy a conversation and all of the sudden action broke out and I was scrambling to react. There are no seams in the first episode of The Wolf Among Us which makes it effortless to play and captivating to experience.

Why would I read?

Let me consult with my team.

It doesn’t hurt that The Wolf Among Us has some of the best graphic novel visuals with plenty of sharp outlines and brilliant colors to make it feel as the comic has come to life in 1980’s New York. Telltale also continues its stellar work at assembling a solid voice cast and I can’t say enough about how much I like the character of Bigby (nod to the Fables creators there, as well). I definitely want to dive into the comics as soon as I get through these episodes.

The Wolf Among Us probably won’t win any new fans to Telltale. Those that have played and disliked the gameplay of The Walking Dead, in particular, won’t find anything drastically different about this game. I, however, am a huge fan of its storytelling abilities and have always found its gameplay design to make the stories more immersive; the combination has never been better than in The Wolf Among Us’s first episode.

The Wolf Among Us – Faith is out now on just about every platform including PC, Xbox 360, PS3, and is coming soon to iOS devices.