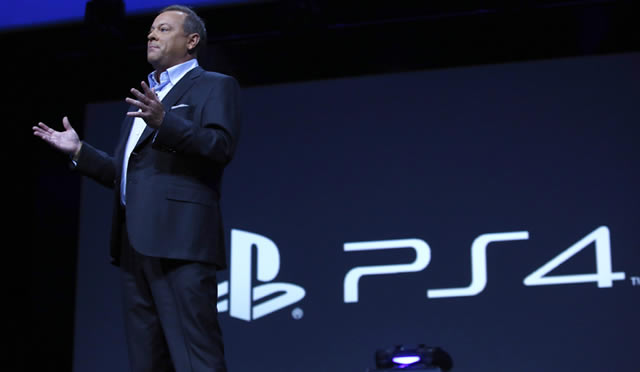 It was bound to happen, those of us with PS4 preorders are starting to get shaky knees whether from excitement or being nervous about their decision.

For those of you who are participating in the launch day purchases of the new consoles, what games are you getting?

Cole: I’ll be getting a PS4 on launch and I wanted to get Watch Dogs but with its delay the only game I have pre-ordered is Knack (which I’m not sure about). I wanted to get some input on what you guys are thinking about purchasing and the reasons why you might be purchasing for console over getting it on PC (if available).

Justin L: Still holding onto my PS4 preorder. But no surefire winners yet. Probably the game I’m most excited for is Resogun – read: Defender meets Geometry Wars. I’ll also grab Sound Shapes and try out Warframe and War Thunder (both F2P). AC4 has made a strong case with its pirate action, but I’m still on the fence. I’m waiting for reviews on Knack and Killzone (although Killzone is looking good, I just don’t trust it).

I still think Dead Rising 3 is the most promising launch title of all, but really it’s all about hanging on till the spring. I’m just spreading out my money a bit, getting one console now and one after the holidays.

Aaron: I’ve gotten all the joy I could out of having a launch day PS4 pre-ordered, so I’ve cancelled it. If I hadn’t, it would have mostly been a Watch Dogs machine with a little AC4: Black Flag on the side. 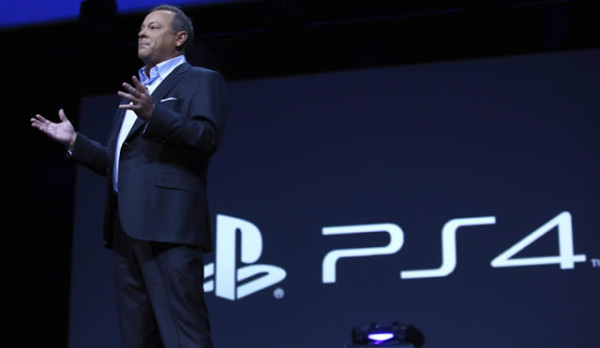 Andy: I just paid off my PS4 pre-order the day before Watch Dogs got delayed. Literally, the only game I could see myself buying after that was Knack, but I’m not a big fan of platformers. I don’t get into Assassin’s Creed, and I don’t really want the shooter of the month in any particular flavor.

I did pre-order Knack, and I think I might just spend my extra money on downloadable games and stuff. I kind of wish I’d waited, but who knows if they’ll be in short supply for an extended period.

Justin G: I’m not 100% positive that I’m pre-ordering, but I will buy the Xbone (seriously, MS, you might as well give up trying to quash that) shortly after it’s released. On my Amazon wishlist, which is how I keep track of stuff I want to buy without forgetting about it, I’ve got Halo, Quantum Break, COD: Ghosts, Titanfall, Destiny and Ryse. Only Ghosts and Ryse are day-one. I think you can count me out for a day-one Assassin’s Creed since pirates are stupid. I’d also consider Forza Motorsport 5 and Wolfenstein: The New Order, but to be honest, it’s going to depend on what my bank account looks like; I just bought a “glider,” changing table and crib. That’s like, 6 launch-window titles worth of furniture I won’t fit in / has zero utility to playing video games. 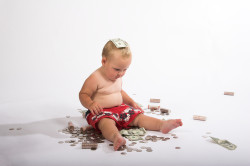 He may have a point.

Jason: Gotta love “launch title” vs baby math. Something to look forward to myself, I guess. lol

Justin G: I’m applying the “hours of playtime per dollar” equation strictly here. Bethesda hasn’t been my favorite developer, but they need to come out with a new Elder Scrolls ASAP.

Josh: PS4 pre-order cancelled. Other priorities at the moment.

Coop: I still have my PS4 preorder. I have no idea what exactly I’m going to do with it on launch day. I was going to get Watch Dogs, but may end up getting sucked into Killzone even though I know it won’t be awesome. It’ll at least look nice and I like to shoot things.

At some point I’ll get an Xbox. I want to see how the TV integration works. If it’s a slick interface that could completely replace my TiVo, I could be convinced to pick one up earlier than later. However both consoles will be primarily be for exclusive titles only.

Justin G: Since I’m the only one getting the Xbox at/near launch, does anyone want to subsidize my purchase for acting as the guinea pig?

Josh: Giff, I would pay you a 1990’s Blockbuster 3-Day console rental fee equivalent to borrow the ‘Bone for one week, if a copy of Dead Rising 3 is included.

Aaron: Giff is a filthy landlubber and the pirates wouldn’t want him anyway.

Jason: I’m curious about both consoles, specifically the Xbone, but it will be a little while before I get one. Unless someone surprises me with one… 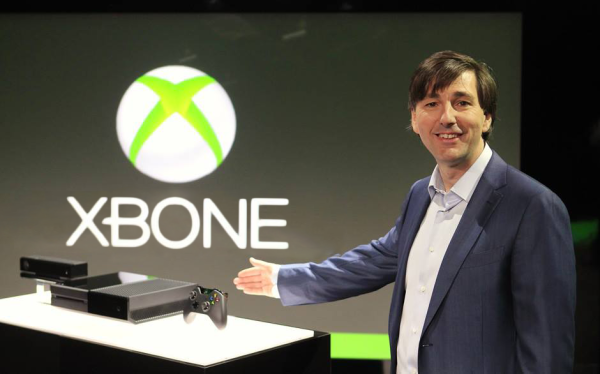 We say the name with only love.

Justin L: Come on. Vindicated by isolated review from a website that lost all of its journalistic talent to the Penny Arcade Report? You can do better than that, there are plenty of other bad reviews of the game :)

That being said, I’m probably pirating on the PS4 based on the hype trains I’ve been on.

Justin G: Lost all of its journalistic talent to PAR? I tend to disagree. I really wish:

Unfortunately, all those things are true. Xbone for me, extra $100 and all. #AngryAndExcitedAtTheSameTime

Justin L: Sell your unborn child and get both. Not only is it a great short term investment, but you’ll have even more money available for your gaming budget going forward.

Justin G: Unfortunately, that’s illegal. Total bullshit, I know – freedom to contract shouldn’t be impinged upon by The Man, but there you go. It’s the Government, pushing us all around, preventing us from selling babies and our own organs to make a buck.

Justin L: Once again the console wars have been ruined by lawyers.

Cole: I mean, at this point what games will any of us be playing this holiday season besides Nintendo titles (sort of a joke)? Lacey, why would you be hyped on AssCreed 4 when you were so disappointed in 3? What’s changed in your mind? Revolution vs. Pirates? I know that so many teams work on the Creed games that it shouldn’t come down to a COD Infinity Ward vs. Treyarch argument but are the main teams that work on these games different? 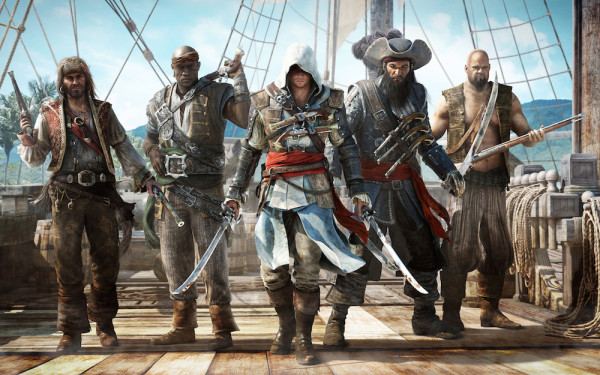 Gifford, you should wait on judgment of the new Dualshock until you get your hands on the new one. Supposed to be better, unless you just hate the placement of the analog sticks which makes my previous sentence invalid.

Justin G: I was wondering the same thing, Cole – Lacey give ACIII such a ‘meh’ review, when he said he was psyched about IV, I was all, “Did he play another AC that he loved after III that made him want IV?”

Cole, I have no doubt that the new Dualshock is an improvement on the 3 (and I had a Playstation 2), I just hate the controller, particularly the stick placement, but also the D pad and triggers. Which is most of the controller. I greatly prefer the asymmetric setup of the Xbox controller. I have adult size hands, child-length fingers.

Justin L: Yes I hated AC3. Yes I had given up on AC. And truthfully, I’ll be playing it as an open world pirate game and not so much an AC game because apparently some of the Far Cry 3 team weighed in on this one (sharks). There’s also this summary:

“Open-world game design works best when the player feels as though something fun is just around any corner. In this respect, Black Flag is the best Assassin’s Creed yet. Strong environment design props up the well-worn, on-foot gameplay and the slightly more persistent enemy AI can present a decent threat to the incautious, but no real ground is broken on land. Sea voyages are the brilliant contribution to the formula, with a range of variety and challenge strong enough to remain compelling through the game’s lengthy campaign and beyond, while the remainder is a more polished, streamlined experience than ever before.”

Aaron: The naval side of AC3 was a highlight, as I believe Justin and I might have had a conversation about before. I don’t find it surprising that he would eventually want to check it out, especially when there are people currently playing it *cough cough* talking about sending salty dogs down to meet Davey Jones and shit. 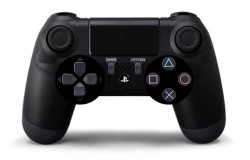 You have a better idea, Jason and Justin? Reddit did.

Jason: Have to agree with Gif on the dualshock controller. I hate the placement of the sticks. Makes me feel like I have arthritis. Interested in seeing and feeling the new one, that’s for sure.

Andy: I’ll put my new Dualshock in the stuff I’m bringing up for the stream, and you can all touch it.

Aaron: And I now refuse to touch anything after Justin has touched it without much disinfectant.

Feel the Dualshock 4 with our words and facial expressions:

It’s safe to say there are no system selling launch games out there, but there are plenty of system buyer gamers. It will be a fun launch season but this console war will not be settled during the 2013 holidays. Just keep your controllers locked away from those you don’t trust with nice things in the mean time.