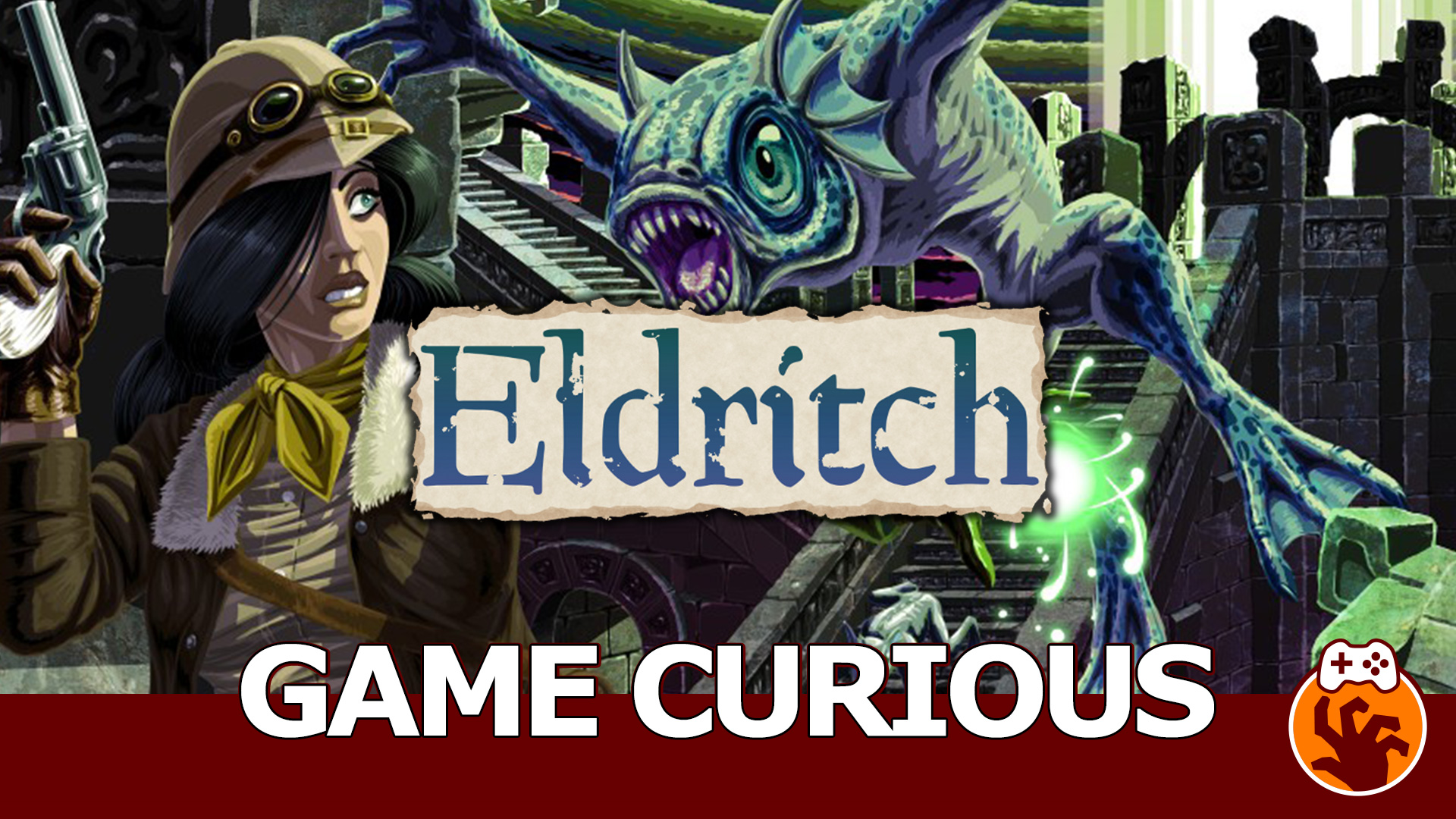 Justin just can’t stay away from randomized holes especially ones filled with Lovecraftian atmosphere. The real question is how tempting will Eldritch make its holes to return to? 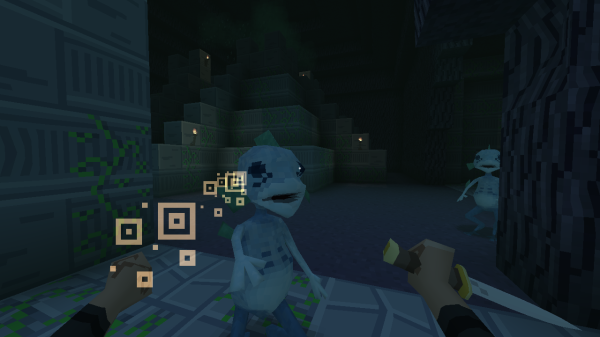 I’m really excited for someone to produce a great first-person action roguelike game. Eldritch immediately got my attention with its Lovecraft meets pixel art style. Having experienced developers from BioShock 2 and Borderlands behind the game also gave me hope that the gameplay would be better than I’ve come to expect from first person indie games. Eldritch is a joy to explore, but I can’t find much motivation to dig deep into its mazes.

Eldritch has everything it needs to be a solid roguelike game. Random items and levels, punishing permadeath with a decent escape clause, and an atomospheric game world that is fun and memorable to inhabit. The enemies are fascinating. Initially, I was overcome with curiosity rather than the desire to actually protect myself. Their dead faces and subtly hilarious noises made me curious and I wanted to watch them moreso than kill them. I couldn’t help but feel like an invader to their peaceful existence, but even the cutest duck man will get his ass shot if he attacks me first.

Mixing it up the right way

The best part of Eldritch’s randomization lies in the tokens you find and special powers bestowed upon you by the statues in each stage. My favorite token not only increased my damage, but it also allowed me to destroy the blocks around me to carve shortcuts through the environment. Each stage also has a few giant statues serving as monuments to gods that can grant you a special ability. I tried out cloak, teleport, and knock which distracts enemies and unlocks doors for a small monetary fee. Your special abilities use your in-game currency which can make your trips to the shopkeeper a bit more interesting depending on your strategy.

Maybe if I get drunk this will feel a bit more exciting.

From the outset, it looks like there 3 primary worlds to Eldritch. Each world is accessed through the game’s hub library stage and you enter each world through a magical book. However, the first world has to be finished before the 2nd is unlocked and the same goes for the 3rd world. Within each world is a 3 level (or so) maze that has a combination of paths, rooms, special items, enemies, shops, and plenty of secrets. At the bottom level is an exit which takes you to a new stage. Dig far enough into these stages to get to the end of the world to unlock the next world. I am really impressed at how verticality plays into navigating each stage. If you want to see every room on every level, you’ll be climbing up and down quite a bit (or creating your own shortcuts). This makes it easy to get lost, but thankfully the in-game map is well designed and easy to understand so once you catch your breath it’s easy to regain your sense of direction.

Stay in the light

Eldritch’s game design feels incredibly polished and getting around the maze is a breeze. It also has a nice introductory learning curve so the game is surprisingly easy to pick up for a world that changes every time you play it. I wouldn’t say I had any big issues with Eldritch, but after a while I did get a bit bored. This is definitely an exploration first kind of game but it could really use some form of tension or excitement. It turns out that I’m more of a danger to myself than the enemies are to me. I love the replayability offered by the game’s roguelike qualities and the foundation is there for a great experience. Eldritch is one of the most welcoming exploration experiences I have encountered, but nothing from its world is pulling me back with any sense of urgency.

Eldritch is available now on PC directly from Minor Key Games and on Steam.