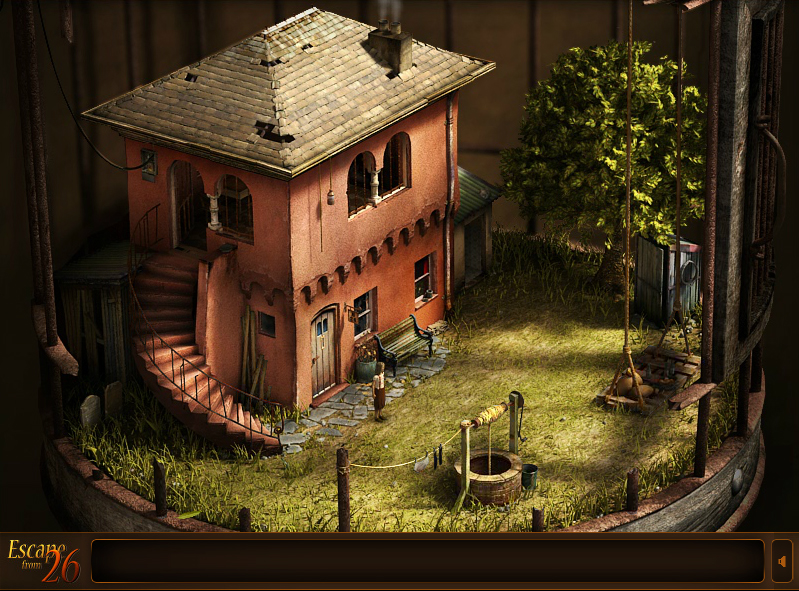 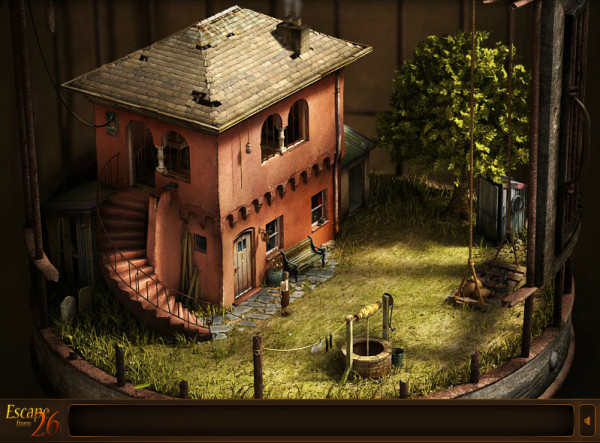 Today’s Cheap and Dirty is going to be short and sweet because that’s exactly what Escape From 26 turned out to be.  That’s never a bad thing, especially when you’re looking for something to kill the time during a long day of hanging around in a giant bird cage.

Escape from 26 is a point and click adventure that tasks you with helping a young woman find her way out of the surrealist prison she’s found herself in. As with most PCAs, this is accomplished by searching the area for items chatting with folks you run into and solving puzzles. This particular game is more casual that some titles I’ve played as of late, but sometimes it’s nice to take a break from the brain scorching problem solving that many PCA’s force you into. It took me maybe ten minutes to beat it and in the end I was kind of craving some more. I feel like wanting more is often times better than having too much.

I kind of hope the folks over at BigLoop studios make a series out of this as I dig the idea of escaping from the kind of “prison” featured in the game.