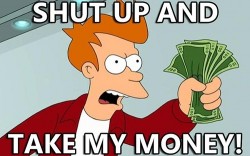 This was pretty much my exact reaction.

Playing Knights of the Old Republic was one of those defining moments of my gaming history. It was my first true RPG. It was my first BioWare game. It was the first game that genuinely surprised me with the ending. Plus, being a tween girl I was giddy over a romance option (Oh, who am I kidding, I’m still giddy over BioWare romance options. Alistair, Kaidan, I’m looking at you two). When I opened the iOS App Store and saw that Knights of the Old Republic (complete with Yavin Station DLC) was available on iPad I was ecstatic. I gladly paid my $9.99 and started playing.

The game is unchanged. The graphics haven’t been improved. The mechanics are the same. The voices are they same. It’s like I dug around in my bedroom in my parents house and found it and popped it in. And that’s exactly the experience I wanted. Often, these re-released games try to improve on what was there. But a game loses the magic of nostalgia when that happens. I’m glad they left Knights of the Old Republic alone. 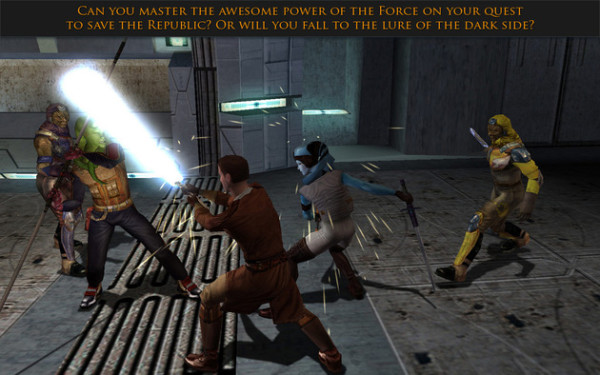 Did It Port Well?

When I played nearly ten years ago, I played the original on PC and the sequel on Xbox. Playing on a touch interface is…different. For me, it’s an awkward feeling. Like I’m always blocking my own view. Looking around is much more difficult, and I keep feeling like I’m going to miss something. I often find myself picking up my hand and repositioning it, trying to find a way to play without it feeling off. I eventually get used to it, but I have to readjust every time I play. It prevents me from getting that immersive feeling that I love in BioWare games.

Other than the controls, KOTOR runs smoothly. I didn’t experience any lag or hesitation during gameplay. The ability to save quickly and at any location makes it easy to take with you on the go.

Should You Buy KOTOR on iPad?

While Knights of the Old Republic is still amazing, I wouldn’t buy it on iPad again. It just isn’t a game meant to be played by touch. You’d be better off paying $9.99 on Steam, even without the Yavin Station DLC, and playing the game as it was meant to be played. Any reasonably new computer will run the game well, so even if you, like me, are not usually a PC gamer you should be able to play KOTOR without any issues. 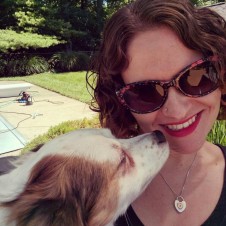