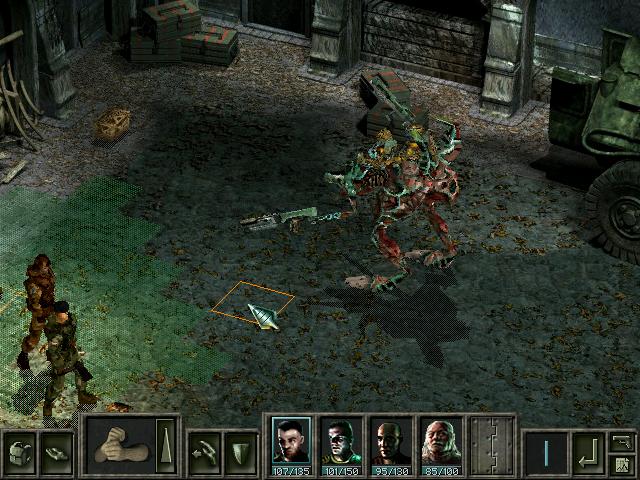 I can’t exactly explain what prompted me to purchase Gorky 17 this past week. While a low price is always attractive, I didn’t really have room in my queue for a game that was first released back in 1999. It’d be one thing if I’d done it for nostalgia related reasons, but I’d never heard of the game until I saw it pop up on Steam. Not only that, but I actually played the game for quite some time as opposed to just adding it to my ever growing collection of untouched titles. Being that this situation is quite mysterious indeed, I decided to write about my experiences with Gorky 17 and see which of its qualities pushed it to the front of my gaming “to-do” list.

Gorky 17 is your classic tale of boys meet quarantined town, quarantined town spawns horrible mutants and horrible mutants attack boys. As tends to be the case in reference to mutants, military experimentation is the cause of all the calamity and, as a member of a three person UN task force, it is your job to investigate the town and attempt to gain control of the situation. Unfortunately, your team actually turns out to be the back up for a group that mysteriously disappeared a bit earlier. It’s safe to say that things get hairy very quickly for our multinational crew. 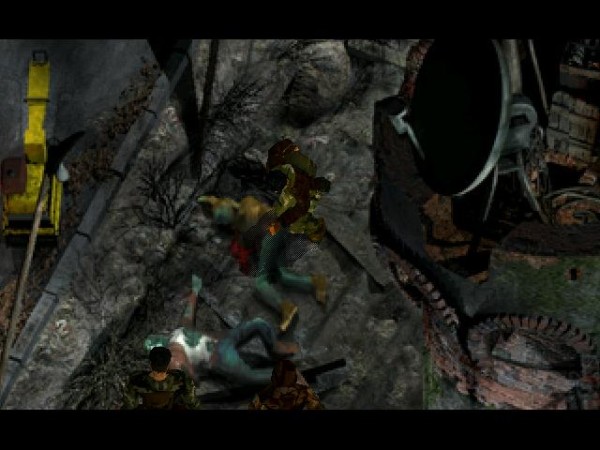 I hope this isn’t Chris’s blood…

There’s a delightful “direct to DVD” feel to it’s story, the characters being prone to overacting or underacting but never anything in between.  It immediately reminded me of Resident Evil based on the dialogue and the search-and-rescue operation I mentioned above (oh and mutants). Despite not intending to envelop myself in a cloud of nostalgia, there was something quite comforting about the game and I hadn’t even really began playing yet.

These are a Few of My Favorite Things

It turns out that Gorky 17 is actually a mash-up of two of my favorite genres; turn-based strategy and point and click adventure.  You move your squad throughout the levels, clicking on points of interest and stocking up on items with the occasional battle popping up via a system reminiscent of old school RPGs. Both the adventure and turn-based aspects of the game are simplified, however, which gives Gorky 17 a low barrier of entry but limits the appeal for gamers looking for something with more depth. It being an older game, these qualities can be excused a bit. 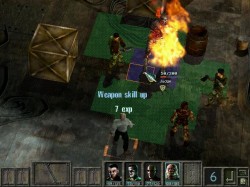 Setting things on fire is always fun, just keep your friends away.

Combat plays out on a grid, with your team and your enemies taking turns until someone is dead. Ammo and items are a bit scarce, giving the game a survival horror-like feel and forcing you to think carefully about how you go about fighting the monsters that attack you. Your squad can be equipped with a number of different guns, melee weapons, and throwable items like grenades. You can even throw a bottle of vodka at your enemies, making them flammable and prone to exploding into flames should they happen to get shot. Unlike many turn based games that allow you to attack via line of sight, Gorky 17 has a chess-like system to its weapons in that certain weapons can only shoot in straight lines while others can shoot diagonally, etc. They also have different areas of effect and effective distances as well. These mechanics, while unique, feel a bit restrictive at times. Being that the battlefields are quite small and most of your enemies only use melee attacks makes me assume that this is a necessary evil.

What felt at first like an overly simple combat experience eventually grew on me as I began to think of these fights from the perspective of a survival horror game. Making every shot count while ensuring my team took the least amount of damage possible made it challenging enough without forcing me to learn an intricate system.

In terms of aesthetics, Gorky 17 has not aged well at all. While the fixed-perspective backgrounds are full of detail, the colors are pretty muted and the polygonal character and monster models look pretty rough. Again, graphics have come a long way since then so you can’t really blame a game from 1999 for looking like a game from 1999. That being said, I really dug the atmosphere and my imagination was able to fill in the gaps that technology couldn’t.

One aspect of the art direction that really sticks out, however, are the creature designs. I really enjoy how crazy and different they all look, from insect-like creatures to what resembled two gnomes riding on top of a rocket launcher wielding dragon. I’m not sure what kind of scientists were working on these mutants, but they took a no holds barred approach to their experimentation and I appreciate that. 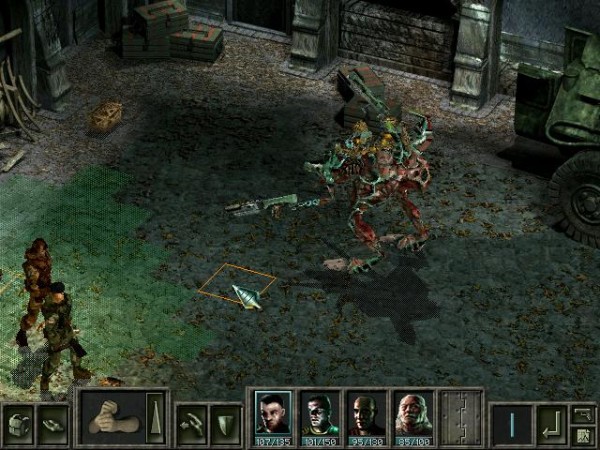 As with other older games, certain people may struggle with getting Gorky 17 to actually load and function like it’s supposed to. I had very few issues, but I did dip into the forums and saw a few complaints.  That is the price you pay for time traveling, I suppose.

Why This, Why Now? 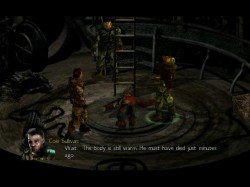 Very little gets past these guys.

It’s tough to really pinpoint why a game like Gorky 17 is appealing, especially given the circumstances I mentioned in my introduction. I think if anything, the simplicity and slower pace were a welcome change for me.  Going in, I knew there were going to be aspects of the game that I could overlook based on the age and the price, meaning I didn’t have to be overly analytical. Despite the fact that I do actually play games for fun, it’s sometimes tough to turn off the critic inside, thus going in without expectations can free up my brain to just enjoy a game for what it is. Additionally, I’m a sucker for a story that doesn’t take itself too seriously while also not going above and beyond in terms of ridiculousness.  Throwing in mutants never hurts things either.

Do I think all of this means you’re going to enjoy Gorky 17 as much as me? For a large majority of you, I highly doubt it. But for those looking for a cheap and entertaining adventure/ turn-based hybrid, I think you could do a lot worse.