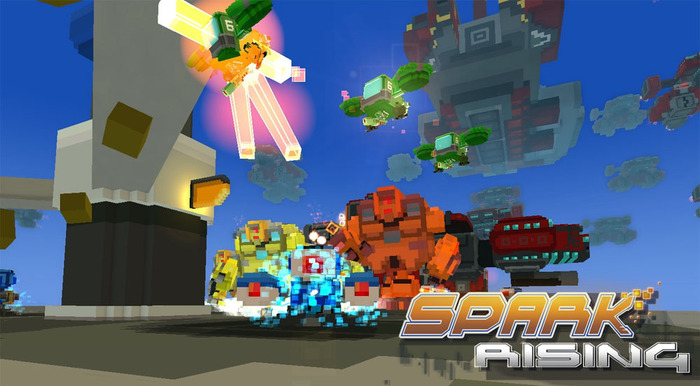 For those that think Minecraft is a bit tame.

Upon my daily perusal of Steam Greenlight, I came across a title called Spark Rising; a game marketed as a “Build+Battle sandbox game.” Being that I love to both build and battle, I decided to take a look at the trailer and was excited about the prospects of a game with equal parts strategy, creation and action. It was as if someone climbed into my mind and created a game based on things I like. In fact, there’s a very good chance that a large majority of other people’s minds were invaded as well during the conceptualization process. Check out the trailer above and you’ll know exactly what I’m talking about.

As cool as the project sounds, the critic in me can’t help but  feel that Spark Rising is uncomfortably ambitious at the moment, especially in terms of the proposed budget. That being said, there have been multiple examples of developers beating the odds (and our expectations) with little more than a tiny team and a month’s worth of grocery money. I, for one, hope the same rings true for Spark Rising.