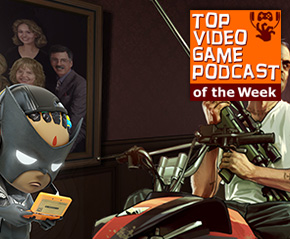 Aaron reports in from the streets where there is a whole lotta love for Nintendo. Cole finds some video cassettes and preps for sea. Justin is the 101st choice maybe that’s why Blizzard won’t listen to him. Plus Old Man Logan and watchable Minecraft.