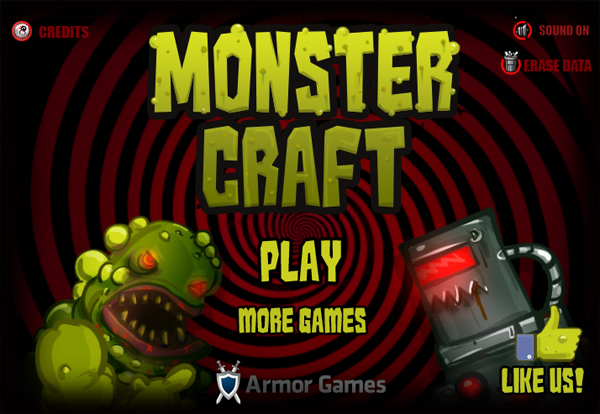 Regardless of how little energy I actually have to expend while playing video games, there are times when I’m too lazy to actually commit to anything that requires the least amount of effort. This is preciously how Monster Craft, a game with little to no actual gameplay, can make it on to Cheap and Dirty. 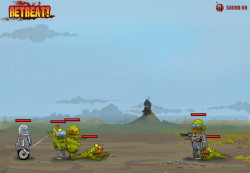 I’ll leave this up to you guys.

Monster Craft is a game about combining  monsters together in order to make better monsters and then forcing them to battle it out in a giant arena. You only have two base monsters to choose from (a total of 9 can be created) and a successful monster team is based entirely on trial and error as you won’t know who you’ll be facing until you actually start the battle. Once inside the arena, you simply watch as your squad walks laterally towards their foes, attacking them until one of the teams is destroyed. That’s basically it.

The interesting part about the Monster Craft is that mixing monsters is done via over-sized blender. I’m not exactly sure if the soupy mixture that results is placed into a mold and the warmed in an oven afterwards, but for one reason or another perfectly healthy robots, slime creatures or hybrids of the two pop out. Just remember, this is a work of fiction so anyone hoping to reenact this as a means of finally get the half-horse half-cat you’ve always wanted should be aware of the consequences (unless of course you were hoping for half-horse, half-cat chowder). 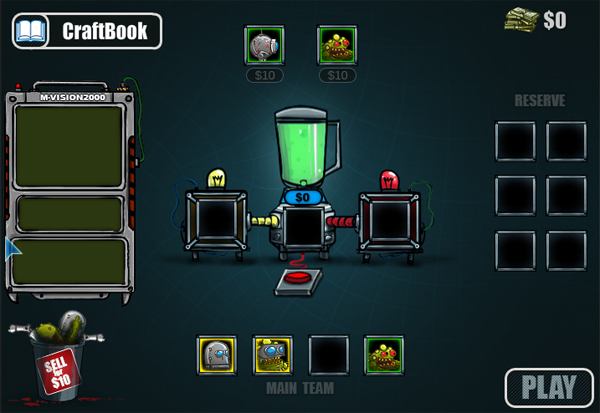 You’re going to need to suspend reality a bit.

What attracted me to Monster Craft originally was the possibility for creating an army of creepy crawlies and while my expectations weren’t exactly met, I do like the potential that such a mechanic has. Who doesn’t like to take on the role of a mad scientist, filling the world with nightmarish creations and cackling maniacally to himself as they plunge humanity into an inescapable state of terror. Whoa, kind of lost control there for a second, I suppose that’s what apathy will do for you.