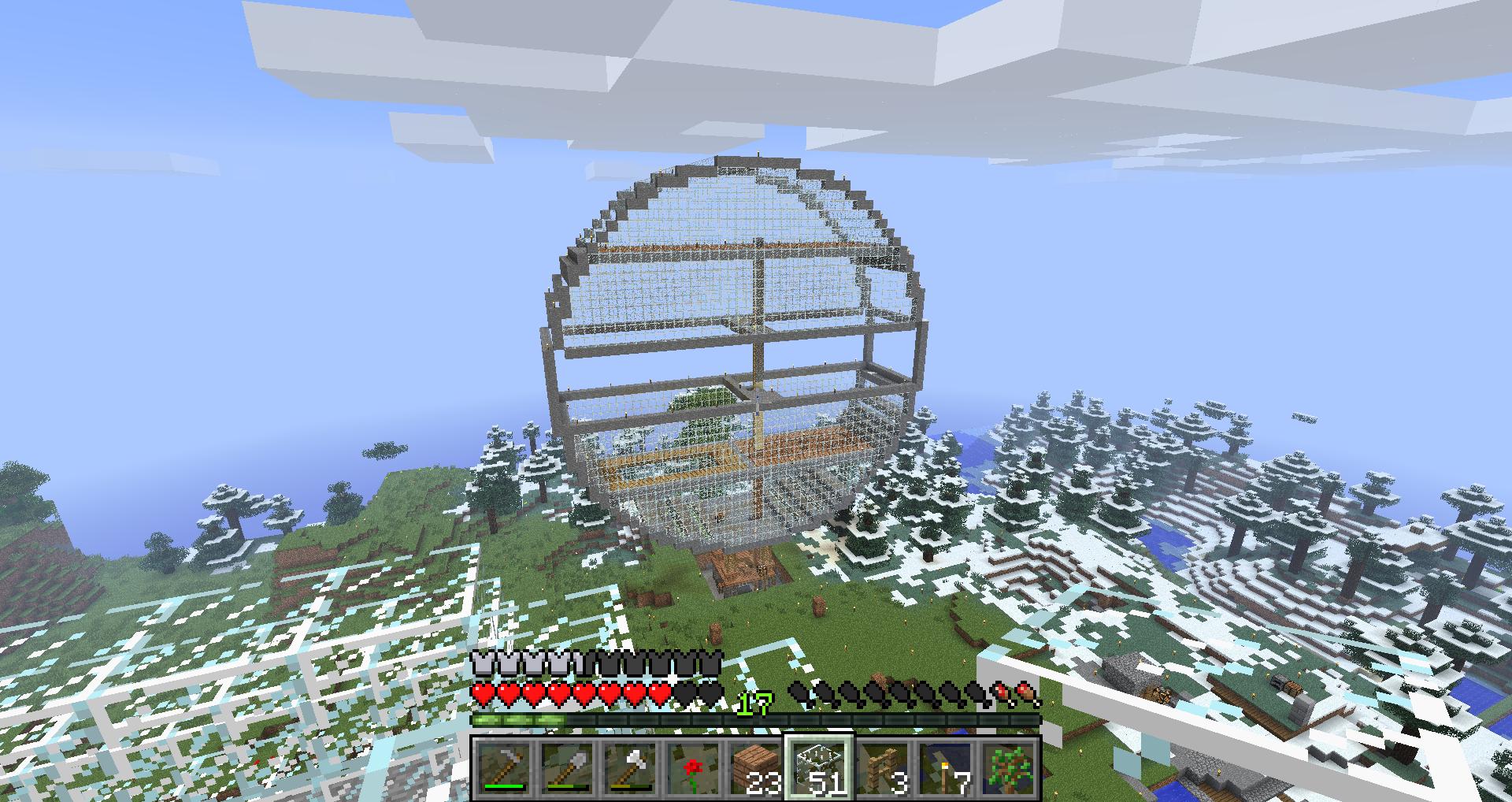 Jason and I have been talking about starting a Horrible Night Minecraft server for a while now and this weekend “Horrible Village” came to fruition. Initially, I saw it as an excuse to get back into the game without dealing with the mind numbing loneliness that comes with solo play. The fact that our tight knit community would have yet another place to interact on a regular basis was an added bonus. Long story short, a small group of us have been extremely active in the last few days and it’s been really fun, though there was a downside: it turns out I’m a Minecraft one upper. 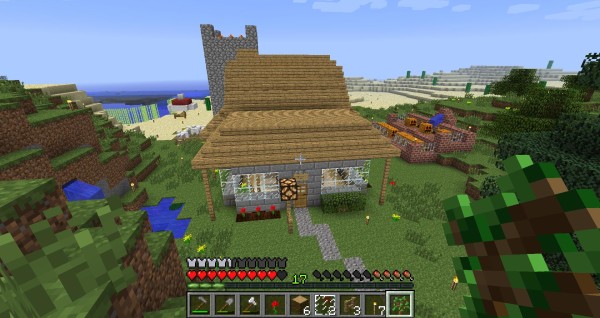 To say I’m not a very competitive person is an understatement: I flee from competition in all areas of my life. I’m not a coward per say, but the lengths people will go to prove they’re better than others borders on ridiculousness at times. I’d prefer not to be any part of it. Yet after four days of watching my friends build blocky structures in an imaginary world, I suddenly feel the need to achieve “alpha” status through outlandish construction projects, fueled not by creativity but by an overwhelming urge to dominate the skyline of our modest world.

I Chose This Life

I’d like to say that I was a victim of circumstance, forced into the fast paced, highly competitive world of Minecraft architecture and evolving into a person I didn’t recognize as a means of survival. The thing is, I think I threw the first stone by building a structure that went underwater. There were plenty of places for me to build my home in Horrible Village, yet for some reason taking the time to create a partly submerged building was my first priority, despite the complete lack of functionality such a thing has in the early moments of a new server.

While the rest of the server stocked up on supplies, I created hundreds upon hundreds of glass blocks in my furnace. While the others dug below the Earth to find coal, iron and other minerals key to long term sustainability, I climbed into the sky to peer down upon them as they buzzed around like worker ants. My mind was warped, my priorities out of order and my urge to compensate driving me to a point where I saw the accomplishment of others as a direct threat to my own success. I’d left myself completely open to zombie and skeleton attacks because I was blinded by my ego, a blindness that would eventually place me at the top of a penis shaped glass tower during a thunderstorm. 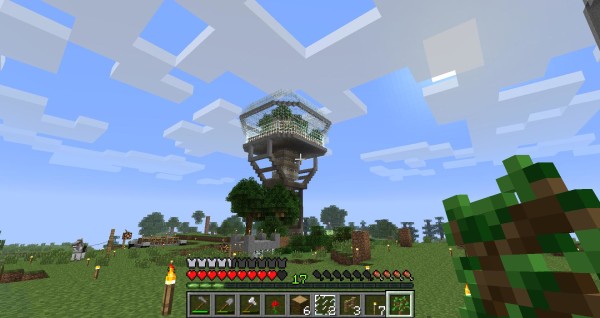 My home aka, “Compensation Tower”.

Just today, I awoke to check on the server and saw that our own Jason Thompson had created a structure that may have surpassed my own tower’s height. Instead of being happy that our server was populated by highly creative and motivated individuals, I felt disdain for his efforts and began to plan ways to increase the height of my own structure. I also thought about filling the world with lava, but I got a hold of myself before doing anything too devious. Not only was I becoming a one upper, I was starting to think like a villain.

While I’m concerned about my obsession, I don’t believe it’s something that will dissipate after a bit of soul searching. I guess everyone has a twisted, power hungry individual inside of them just waiting to burst out, mine just happen to be drawn forth by Minecraft. 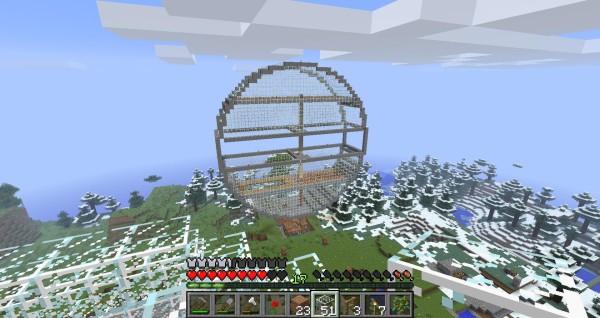