For someone who grew up living and breathing official Nintendo Power strategy guides, I’m strangely stubborn when it comes to looking for any sort of guidance in games of the 21st century. When I didn’t have a strategy guide, I learned by diving in head first, and failing, time and time again. I built up a high tolerance for frustrating gameplay even when my skills didn’t to adapt to the learning curve or my sense of observation missed obvious clues.

When Coop and I dove back into Warframe last week for the first time in over two months, it took longer than usual to get reacclimated to the game. The action is no problem as this is a fun third person shooter with satisfying melee combat so even when you suck the Warframe is still a blast. Once you are back in the menus though and confronted by upgrading your character, things get a bit complicated. We’ve just been getting by at guessing on which mods to combine and constructing the items that we have blueprints for. However, as you begin to understand how the loot works, you start to worry about wasting rare items because you are ignorant of their true value. This is especially important with free-to-play games where you want to find a good value for the time and money you choose to put into the game. After we finished, I decided that I had been playing blind for long enough and I need to do some research before my next Warframe play session. Not just for understanding our loot either, because apparently random assassin’s want to kill us and I have no idea why:

One other foreign world I almost drowned in this past week was the bizarre cold war universe of Papers, Please. I cannot believe this game is fun to play. I was absolutely obsessed with checking and double checking passports. Not only is working at a border checkpoint mundane and stressful, but you can also randomly die from a terrorist attack. Of course, when you do your job well, everyone is just pissed off at you anyway. No rewards whatsoever, but the fact that Papers, Please remains so addictively in spite of all of this is what makes the game so absolutely brilliant. I could not put it down. The random story events kept pushing me through the monotony of checking people in and detaining those that broke the law. 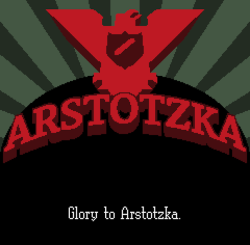 The first few hours felt like any first day on a new job as I had no idea what nuances of paperwork to pay attention to and which ones I could ignore. I was meticulous. I was slow, and I was terrible. I lost track of the number of times I let people pass through because I was confused and forgot that gender wasn’t that important of a detail. I kept at it though, and now I know this fake eastern block of countries better than a majority of the United States. Time to retire the website and apply for TSA. Actually, if they used my Papers, Please performance as a guide, I better not get hired.

When do you stop and ask for help?