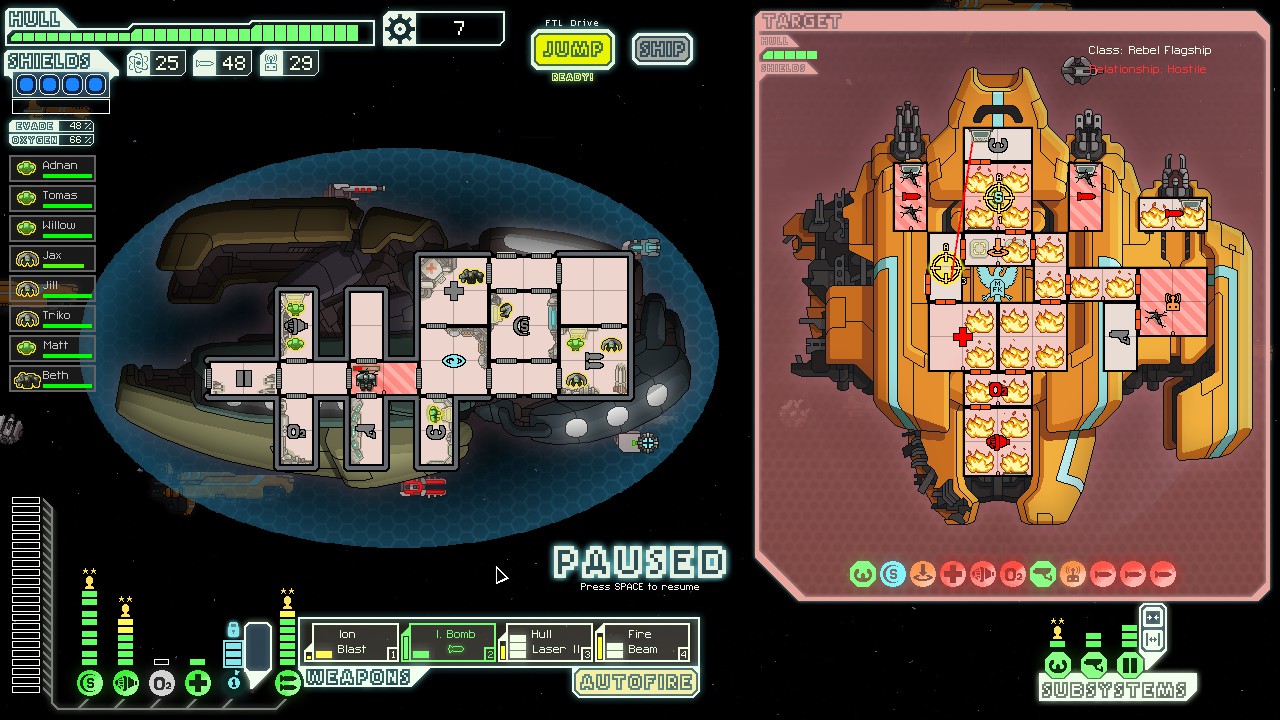 As some of you may know, I’ve developed a slight obsession with the game FTL. This is an obsession that has prompted me to talk about the game at length on the last couple of podcasts, produce a new Brotabulous Moments in Gaming and neglect the latest additions to my Steam library acquired during the summer sale. I’d honestly thought this obsession was running its course until the day I was perusing a page on Reddit dedicated to the game. This is the day that I discovered that my obsession may have just begun. 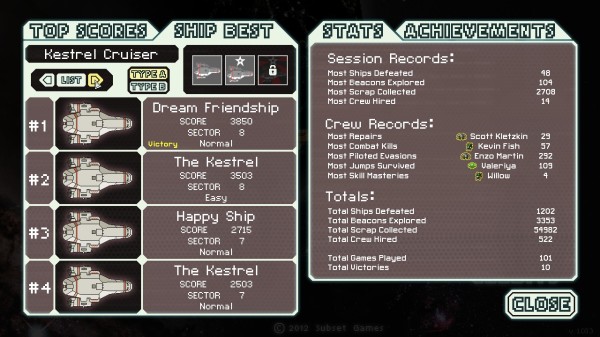 My greatest moment would eventually be reduced by the success of another.

When I finally beat the game on normal, I’d felt that I accomplished the main goal of FTL and could move on with a clear conscience. It is a difficult game where a combination of skill, experience and luck have to line up just right for a victory to even be remotely possible. My success didn’t feel as hollow as the completion of a game normally felt. I’d done something that only a fraction of gamers had done and was fortunate enough to have video proof of the event. The thing is, my FTL related accomplishments were nothing compared to the dedicated space explorer I’d find later on while sifting through r/ftlgame.

The True King of FTL

A user on the site had not only beaten the game on normal but had done so with every ship (except one). I was in awe of the accomplishment and praised them, but a part of me died that day. My victory may have made for an interesting episode of a show about giving inspirational speeches to imaginary video game characters, but it was nothing compared to the feats of this stranger. Perhaps it was naive to believe that a single victory on normal was anything to shake a stick at, but I shook my stick nonetheless.

My anger was most evident in the ways in which I began torturing the rebel flagship.

Being that I’m motivated by relatively stupid things, I vowed that day that I too would dominate FTL in a way it had rarely been dominated before. I was going to unlock every ship, beat the game on normal with all of them and then make a tasteful poster documenting my ascent into the FTL hall of fame. Unfortunately, like all journeys in life, this one ran into a bit of a problem along the way.

A Conflict of Interest

Because my wife loves me very much, she grows concerned when my fascination with certain subjects or activities turns into obsessive behavior. The “space ship game” as she’d begin referring to it, began to show signs of doing just that. I didn’t see it at first, but once the game’s soundtrack begin playing in my head while I slept, I began to understand her concern. Still, I had a goal and my mom always taught me to finish the projects I started or not start them at all. Besides, FTL sessions are often times short and can be saved and begun again in between battles.

The thing is, I was starting to get good at the game, which meant that a short game play session was becoming quite rare. Second, I hated to waste the momentum that comes with a string of victories and often found myself telling her, “just one more victory and I’ll come to bed.” While FTL had nothing to do with the growing conflict between my wife and myself, I’d placed it in an uncomfortable position and she’d grown to resent it. Everyone knows that if your significant other resents your favorite game, things will only spiral out of control. 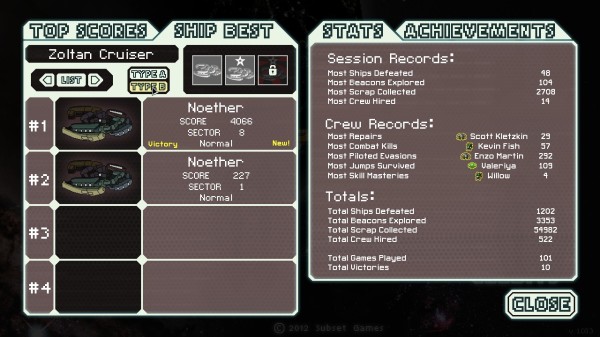 My last victory before the break.

For that reason and that reason alone, I am taking a respite from my quest to conquer FTL as I respect my wife’s concerns and do not want to sully the good name of that particular game in her eyes. Perhaps it’s for the best as I can begin to spend more time with other games, more current games, the kind I can actually review for the website. Still, you’ll all know where my heart truly is and that, my friends, is in space.