Remember back in the days of yore when game companies only produced games that came out on one system and one system alone? I believe they called those type of games, exclusive. Yeah, not happening much anymore. One of the greatest titles known to man, Mass Effect 2, is bringing its talents to Sony and coming out on the Playstation 3 in January 2011 (It’s too easy to make fun of Lebron in every post). 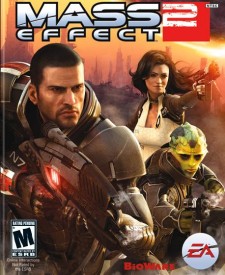 Shepard and the gang coming to PS3.

Announced at the EA press conference earlier today at the Gamescon Event in Germany, Mass Effect 2 will include hours of bonus content (assuming its the DLC releases on XBLA) and probably give a few PS3 fanboys a nerdgasm in the process. I’m looking at you The Prophecy (hurry up and raise those kids and get back to playing some games).

The reveal trailer doesn’t show much but hopefully Bioware takes the time to make the game as great as it can be on PS3 and not a lousy port like some recent games. Bayonetta anyone? The downside to this is it looks like there will be no Mass Effect release as that game was published by Microsoft. However, one can hope that this might mean a simultaneous release for Mass Effect 3 somewhere down the road.