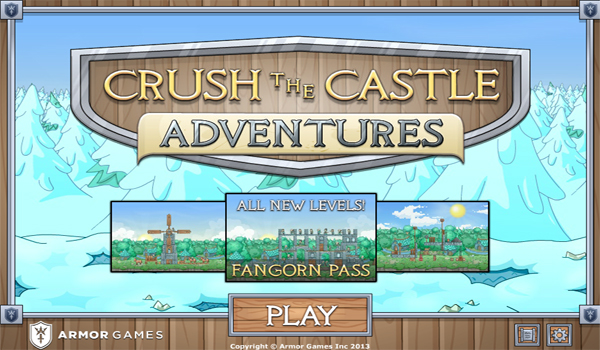 It’s really hot today and due to the lack of air conditioning, I am very lethargic and will be putting minimal effort into this week’s Cheap and Dirty. That’s probably not a bad thing considering the amount of content up on the site this week that features me is probably smothering you all. Besides, Crush the Castle Adventures speaks for itself considering it’s the next iteration of  the game that Rovio  borrowed from when creating their mega hit Angry Birds.

In Crush the Castle Adventures, you’re tasked with demolishing castles through the use of a trebuchet as opposed to the aforementioned game’s colorful cast of Disney friendly avian ammunition. This makes the game feel way more adult as only small-minded children with little regard for ecological concerns would ever shoot birds from a sling shot, but I digress. I’m not sure where the adventure aspect of this game comes into play, however unless navigating the overhead map is enough to qualify it as an adventurous title. If that’s the case, I should start referring to my study of Berlin’s public transportation system as “Ethan Tries To Find a Train Adventures.” Can I digress again? 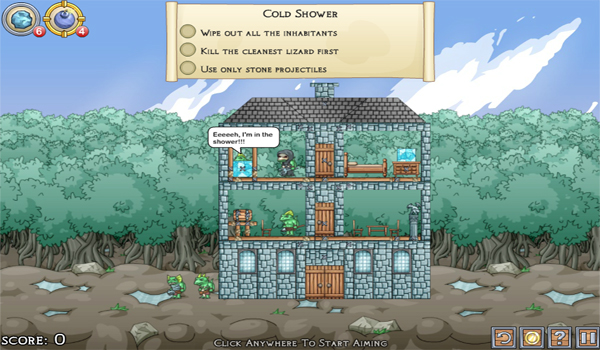 Like the original, the game is quite enjoyable and allows people to live out their dreams of wreaking havoc on medieval structures. Eventually, it looks like you’ll be able to build your own castles and compete against friends, though those features have a coming soon banner attached to them.

It’s hot, it’s muggy and the birth of the new royal baby has overshadowed anything of merit you’ve done in the last week, sounds like a good reason to break things doesn’t it?