Meanwhile… we’ve actually been playing games. Each week we recap our recent gaming experiences and tell you what we’re looking forward to, so you can use your time more wisely than we have. We are going to need an event coordinator, too many co-op games, and not days in the week. I think it’s time for a Horrible All Nighter. Who is with me? 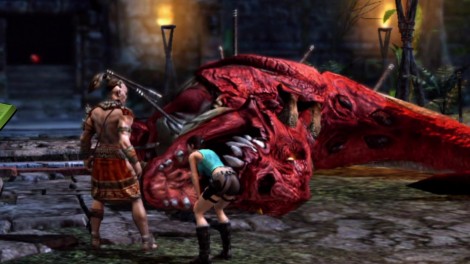 JDevL
Something has come over me, my vision has narrowed, and all I care about at the moment is thoroughly finishing Shadow Complex. I’m one achievement and half of a playthrough away from completing my goal, but I have to say I still continue to love this game more and more with every save point. The end is near though, and I’m excited to wrap this up and get my hands on Lara Croft and the Guardian of Light later in the week. Early reviews are looking good, and playing it co-op is going to be even better. Of course, like just about every other Summer of Arcade title, I will need to actually convince someone to co-op with me. One achievement at a time though, that’s what I always say, starting now.

Colefacekilla
Took a break from video game playing this week because of wedding anniversary things. Yes, sometimes we do have lives outside of video games. Sometimes. I’m hoping that the guys who talked me into buying Left 4 Dead (Coop and JDevL) will actually play sometime this week. Or I’ll just have to buy Castlevania HD or Monday Night Combat.

Wizardtrain187
Got back into The Elder Scrolls IV: Oblivion and might I say how great of a package that game is. Unbelievable amounts of love went into the production of that game. I also got Doom 3 during the Quake Con sales this week. I’ve been craving some Doom for awhile now and after tinkering with the configuration file, I’m able to play it past its resolution restrictions with just a bit of graphic issues. Still, it’s an awesome game and I love the Doom universe. 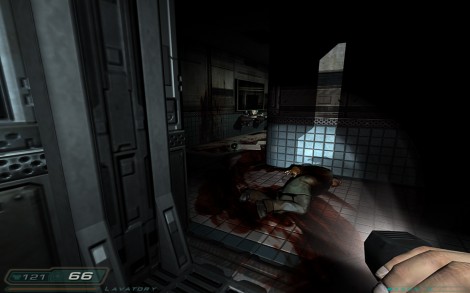 I hate flashlights to this day

Jadetiger CG
I played a little more of Braid this weekend. Didn’t get too far though. There seems to be an epidemic of princesses that need rescuing in the gaming community. Played a little more Bad Company 2 but couldnt really get back into it. After playing Modern Warfare 2, shooters seem so slow. I did purchase Thief: Deadly Shadows for PC via steam. I really did enjoy that game. Very much in the same vein as Splinter Cell and Assasin’s Creed. Hopefully they’ll make another soon.

Coopopolopolis
I’ll probably pick up Castlevania HD because I can’t say no to a good co-op game my friends are playing without me. I also recently installed Privates on my pc and conquered Mt. Vagina. That game is disturbing yet I find myself wanting to finish it.

Pixelmixer
I’ll be playing some Monday Night Combat this week as well as the occasional Modern Warfare 2 match. I’ve been playing the Monday Night Combat demo for a couple of days now and I’m starting to like it. There are a few quirky things that take some getting used to, but it’s a fast paced game that promises loads of fun when I finally get comfortable enough with it to buy it.

Robeque
No gameage for me this past week. I’m hoping to escape into more Mass Effect 2 or StarCraft II at some point this week.

EndlessBen
I’m sad to report I won’t have any time for games this week. The beginning of the week is all work / as much sleep as I can squeeze in, and then I will be out of town for the rest of the week. Last week I started a second playthrough of (shockingly) Mass Effect 2, so hopefully next week I can get back to that. I’m also looking forward to getting into Monday Night Combat and Scott Pilgrim whenever I have the time / they are released.

3 Comments → Meanwhile… I Bought the Game, Now What?