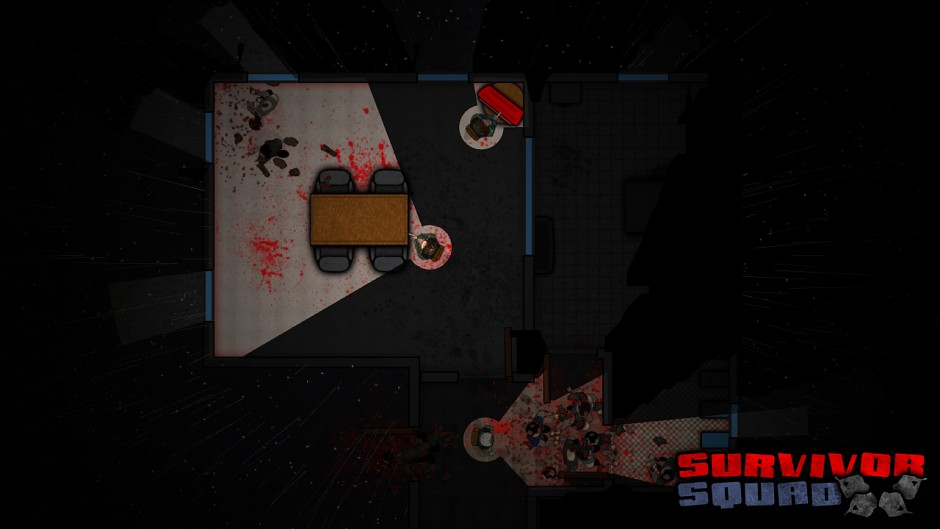 When I first saw Survivor Squad, I was pretty excited about what the team from FF56 were trying to do. I’ve played a number of zombie games in the last few years, but very few of them featured squad based combat. This excited me because having a team makes an apocalyptic world that much easier to contend with and scares away the loneliness to boot. While the development team’s intentions seem pure enough, the actual package feels a bit bare bones at this point in time, and features just enough frustrating moments to make it hard to justify spending that much time in its dark, undead-infested world.

There are Plenty of Fish in the Sea

The biggest and easiest gripe against Survivor Squad is that it’s yet another zombie themed game with survival mechanics. As a gamer with an undying love for zombie related content, this isn’t a problem for me personally. More objectively, however, I feel like Survivor Squad is hurt by the zombie saturated market that has led to zombie apathy and also a bit of anti-zombie sentiment. Using a played out theme can be excused as long as the other parts of the game, the surviving and squad management, overshadow the lumbering corpses that seek your flesh. Unfortunately, Survivor Squad’s mechanics don’t do enough to make it stand apart. 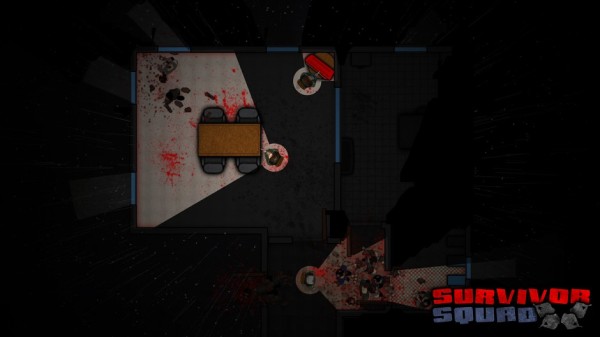 It’s so dark and rainy the whole…dang…time.

In Survivor Squad, you hop from hub to hub, clearing out zombies and collecting supplies to be used for securing locations and crafting a number of different items and item types. All of the locations look the same for the most part and zombie tactics don’t really vary all that much (at least in the beginning stages). The survival side of things is pretty bland and seems more like a bullet point to grab the “survival gaming” crowd’s attention, as opposed to being a mechanic that was fully fleshed out. Collecting items is a chore as you have very little backpack space and the sudden appearance of item blueprints sucks away the atmosphere almost as quickly as the constant bantering of your team.

Squad management, which was the aspect of the game that interested me the most, is less about strategy and more about finding a safe place to stand and letting your squad’s AI take it from there. I found myself simply setting up my team in a room with a couple exits, shooting all the zombies as they walked in until the zombie counter in the upper right hand of the screen told me they were all dead. This worked up until the point that I arrived at an escort mission (a buggy one at that) and found out the stage was filled with an unlimited number of flimsies. While it was cool to see the number of zombie body parts pile up, I began to feel like I was playing a watered down tower defense game.

The truth is that there is nothing about Survival Squad that gets me excited. The game just kind of starts and expects that you’ll give it the benefit of the doubt because it’s an indie game.  This is most evident in the bad art style. While graphics aren’t important, they are part of making a good first impression and Survival Squad fails miserably at this from both an aesthetics and gameplay perspective.

I plan to invest a bit more time into Survival Squad at a later date, but at this point in time there is very little about it that compels me to keep chugging away. There’s a lot of games that you can get for $8.99 (6.99 Euro) in and unless you’re desperate to play this sort of title, I’d hold off until they add a bit more depth to it.

Survivor Squad was released on June 6th, 2013 and is available now on PC.