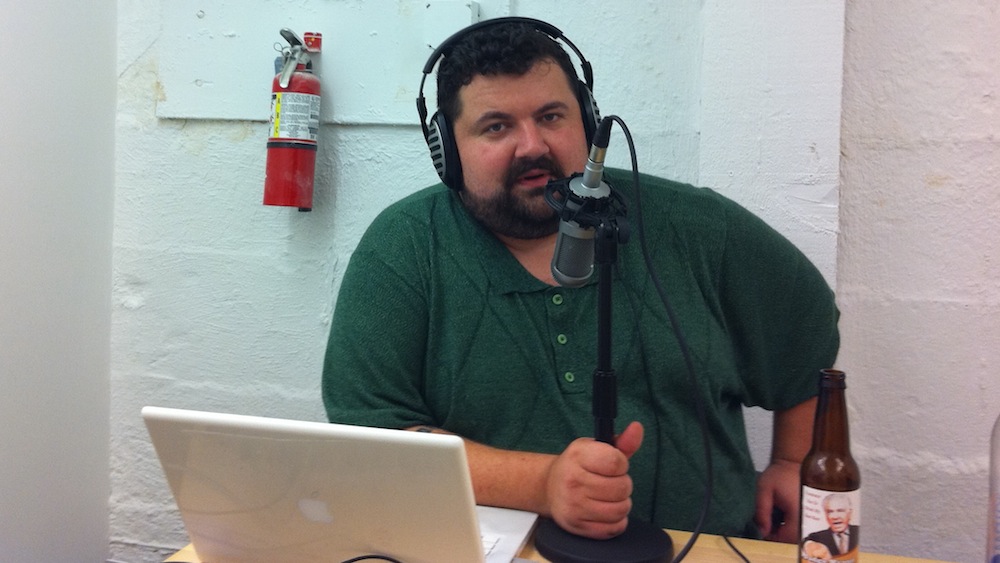 How do you quantify feeling really sad about someone you didn’t know? Someone you never even met. That’s all the feeling I have right now when I think about Giant Bomb’s Ryan Davis who passed away on July 3rd at the age of 34.

I used to always make fun of people who cried when a celebrity died. They had no idea who that person really was. Sure they liked them in a few movies, maybe saw a Tonight Show interview where that person was really charming. But they didn’t actually know anything about that person. I’ve never had a conversation with Ryan but I’ve spent a ton of time with him. 3 hours plus per week for 5+ years. That’s more time than I spend with my own family. I knew the guy. I have a right to be sad.

That doesn’t make me any better or any worse than the people who cry when a celebrity dies. To me, Ryan was a celebrity. Someone I idolized. Someone who helped inspire the creation of this website. I know many of us here looked to him as what we wanted to be in this industry. A guy who could be very eloquent about video games and yet devolve into some really dumb shit without losing any credibility. I think we’ve found our own way of doing just that, but we would have never started if it wasn’t for Ryan.

What haunts me the most about his passing is that he got married days before he died. For his wife to have so much joy and pain in the same week makes me tremble. I’ve been married for almost 4 years and the thought of losing my wife is unbearable. I can’t imagine thinking that his was thinking she was going to spend the rest of her life with this person only for it to be quickly and unmercifully taken away.

Then I start thinking about my bros. The guys involved with this site. The friendships we’ve made and maintained over the years building this goofy corner of the internet. I’ve known Ethan and Justin for a long time but was never as close to them as I am now and it’s because of this site. Josh came along and it felt like I had known him for years as well. I can’t imagine losing any one of my brothers at our current ages. It’s devastating to even comprehend. A lot of messages were shared between us on Monday basically boiling down to the fact that we just wanted to be together. Not only to celebrate Ryan’s life the way we experienced it, but to appreciate the fact that his death makes it very clear that any of us could be gone in a second.

I know it’s cliche to say hug your friends and family a little tighter because we’ve all lost a friend. But I don’t know what else to do. Hugs feel good dammit.