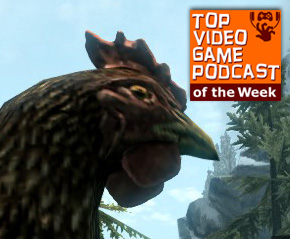 Justin tries to be a good person, but Skyrim’s chickens are irresistible. Coop can’t stop playing RPG’s even though Dark Souls will probably be the end of him. Plus Microsoft keeps tripping, The Walking Dead is out this week, and moshing babies.