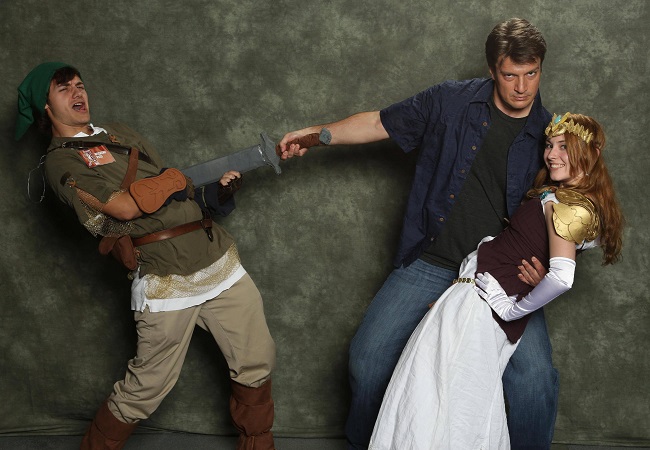 This article was supposed to have been written sitting outside, enjoying the rare 75° sunny and breezy late June day. It was supposed to have been written on my patio, with a beer at my side and enjoying the greatest single-disc album ever produced. The plan was to take some of the sting out of the confession – pretty much the opposite of the whole shadowed, screened, incense-scented cloister. Instead, I’m sitting in my basement, listening to a storm rage, questioning whether I’ve insulted one or more deities with my weak, weak association with one of the greatest franchises in gaming history: The Legend of Zelda. 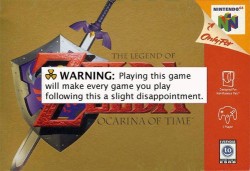 I don’t buy it, but I do have a game that I’m not going to mention that makes me feel that way about everything else.

A discussion on twitter with @Nintendo_Legend and @The_Valerie made me realize that the follow-up game to Ocarina, Majora’s Mask has to be one of the least-favorite games I’ve ever played. The futility I felt trying to get things done before the moon crushed Hyrule like a giant simile soured me from the franchise until Windwaker and its departure from most of the familiar scenery. The more I thought about it, the more I realized that the two games I enjoyed the most –  the RPG-esque and dual overhead/sidescrolling nature of Zelda II: The Adventure of Link, and the aforementioned Windwaker – are the least ‘Zelda’ like games of the franchise. (And while I’ve actually seen Ganon in The Legend of Zelda, I’ve never seen the end-game – we ran out of rupees to pay for the silver arrows before the frog-hopping bastard died.)

At this point, I almost feel like it’s too late to go back to find out if I’m missing out on a long-lost love for the princess/ninja-in-chief of Hyrule or if my semi-indifference towards recovering the Triforce of Power has held out over the decades. I’m sure Skyward Sword is awesome, but it’s a modern game and I’m not buying a Wii just to play it. The ones I really feel like I’m missing out on, the ones that I have to confess and hope that the elder gods don’t exercise their wrath upon me (a tree just fell and crushed my fence) are the ones that have had time surpass them mechanically. Feel free to vent your spleen over that one, telling me how perfect the mechanics and balancing are in a twenty-five year-old game, but I’m not going to listen. The D-pad has been passed up and, without digging into the code and screwing with the controls, an analog stick isn’t going to perfectly translate to the 8-directions possible in the original games, anyway. 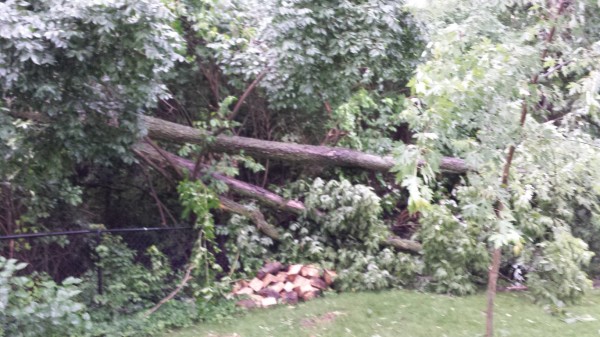 No, seriously. I was writing this and a tree fell over in my yard. I’m sure they’re not related.

I’m not going to touch the graphics of the 8- and 16-bit era, that’s neither here nor there, with the resurgence of retro-graphics, it’s hardly a point I’d criticize. The same goes for the MIDI sound, having heard indie-gaming music impressario Danny Baronovski talk about the importance and difficulty of crafting music that you can listen to at length, in a loop. The persistence of the music of the 8-and-16 bit era is somewhat staggering, particularly when you consider that the Zelda theme (dah dah dum dum dum dum dum bah bah bah, do doo doo doo, do doo doo doo, bah bah bah) has only changed the ‘instruments’ it’s played on across 5 systems yet people still cheer and bob their heads along with it anytime it pops up.

The mechanics that haven’t aged that well, but on top of that, I don’t have any interest in going back to revisit is the rough edges. You remember that opening screen of The Legend of Zelda when you get to the hedges with the arrow-shooting orcs? Keep going west. Without taking that second turn, it turns into a loop of enemies and left-scrolling. Don’t get me wrong, I’m not trying to attack a sacred cow. Considering it came out when I was 5 (I’m 32 now), it has totally earned its Mooby statue. But going back to that kind of design, where you don’t even program in a wall? I don’t think so.

To be fair, the map doesn’t show it this way and I’m totally open to the fact that this vintage 1987 memory of mine is horribly wrong. I’ve had a drink since then.

Still, not having ever gone through the trials and tribulations weighs on me. It doesn’t just make me lose sleep here and there because I haven’t played the original or found out that in The Adventure of Link that it was all a dream (it wasn’t, was it? Wait. I don’t want to know). It bothers me because, excluding Ocarina (which I suspect, in the long run, will suffer in comparison to both Metal Gear Solid and Half-life) after 25 years of gaming and three trying to write reasonably intelligent things about video games, I have to fake it when someone talks about how A Link to the Past is mind-blowingly good. And don’t get me started on my insecurity/jealousy when people  is or how much fun they had slashing topiary on their Game Boys on school field trips in Link’s Awakening. 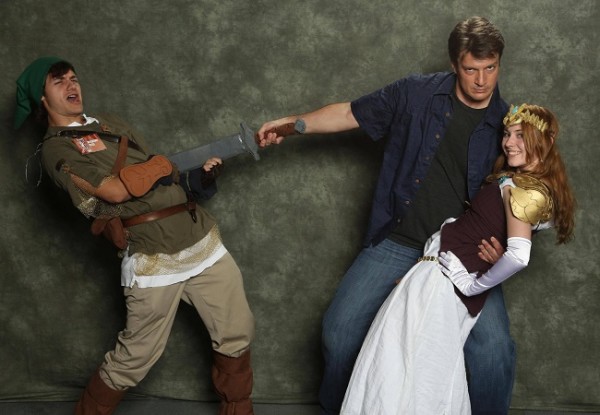 I’d rethink things if Nathan Fillion would hold me like that.

The flip side of things, the part of me who feels like not falling in love with the Princess is justified, is the part that looks at Ocarina (and everything before and after) and goes, “Oooh. Z-targeting. That’s great. I’m going to go back and beat head crabs with my crow bar as the last free man – Half-Life has physics puzzles, a great storyline and a gluon gun.” Am I sure that skipping a second chance with the prom queen is the right thing to do? If it were a given that the Zelda games were the only great games of their respective generations, so far above everything else that there was no room for debate? No, I’d run out and play them all, starting right now. But they weren’t. So while I have to confess, I’m not nearly as embarrassed as I would have been if I’d had to say, oh, I dunno, that I’d never finished Half-Life 2. (Boom).

I Confess We can’t get to every game, and even the one’s we get to, we can’t necessarily see them all the way through. Forgive us, for we have forsaken these “classics.”

2 Comments → I Confess: Never Fell In Love with Princess Zelda