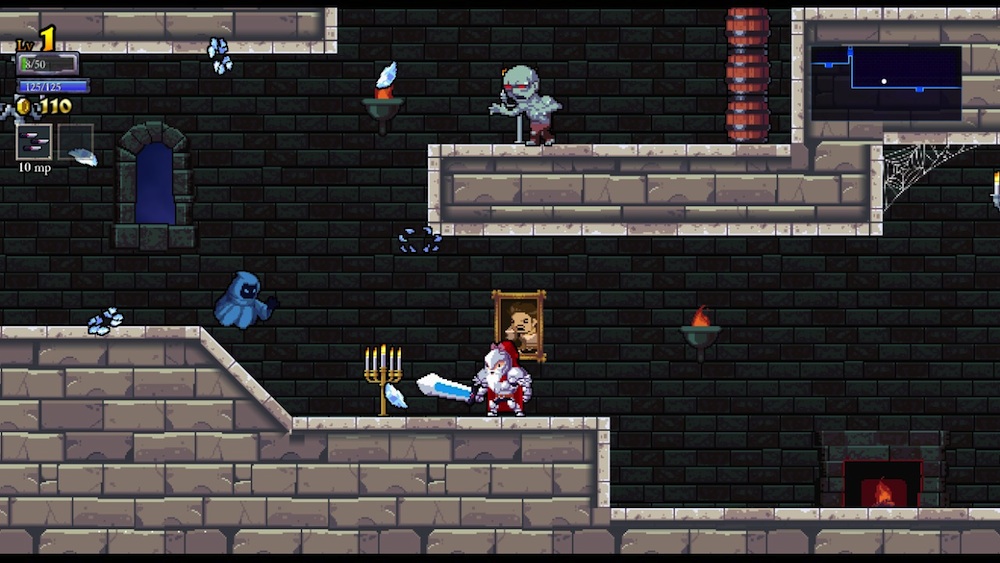 Rogue Legacy passes the joy of random dungeons/castles and permadeath to your children. Your children also have a few issues, some good, some bad. Justin keeps his heroic failure of a bloodline going long enough to enjoy one of the best indie games surprises of the year. 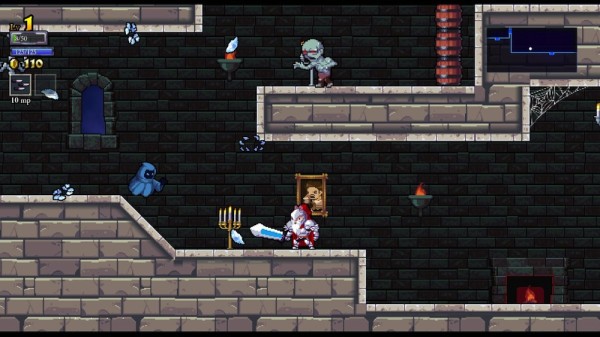 It has to be even more confusing to live in one of these cursed castles.

The same reasons I play a roguelike game is usually tied to why I stop playing that roguelike game. Roguelike games require a certain mindset when you sit down to play them. I certainly appreciate a good challenge, but this genre can wear you down and I’m not always in the mood for it. Rogue Legacy manages to manipulate my two favorite features of roguelikes – permadeath and random level generation – into the most approachable game the genre has to offer. To those of you that aren’t genre snobs, don’t worry, your knowledge of roguelikes will have nothing to do with why you will love the game as much as I do. Rogue Legacy is flat-out fun for everyone because it is a well-crafted, addictive 2D medieval action platformer with a hilarious lineage system that has you playing as your character’s children who inherit some interesting hereditary traits.

Avenge me! No excuses!

Rogue Legacy starts you out as a knight who dies in a castle. Your first real run actually begins as the child of this knight out to avenge your father by venturing into the ever-changing cursed castle. Of course, when this character is inevitably killed, you will start over as a child of that character in a new version of the castle. Between runs, you have your choice of three potential heirs all with their own combination of character class, magical weapon, and hereditary “traits.” These traits range from the potentially useful – “gigantism” to the useless – “irritable bowel syndrome” to the infuriating – “vertigo.” All of this is driven home by witty descriptions that had me chuckling almost as much I did when I saw the traits in action.

Once you’ve selected the heir of choice, you start the new round only with the gold, armor, and weapons left to you by your parent character. Gold can be used to upgrade a variety skills, classes, armor, runes, magic, etc, but the gold you have leftover is forfeit the moment you enter the castle. The castle is randomly generated for each run, so there is no telling how difficult the layout will be for your new heir. 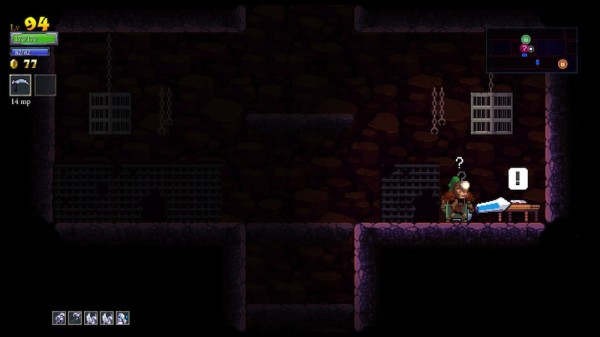 I found something new in somewhere I’ve never been before. I think. Wait. Have I been here before?

What makes Rogue Legacy so addictive is that each run instills a sense of progress for your family and the sheer variety offered by the combination of your character, skills, gear, and the castle itself. Even the worst attempts can usually provide at least some sort of upgrade for your child. That doesn’t mean the devastation that comes with the abrupt ending to a run that is going well is gone either because this game will crush you. Rogue Legacy just manages to balance the highs and lows a lot better than other roguelikes and gives the player a fulfilling experience… for most rounds.

You have a wonderful family

On top of this great core game design, Rogue Legacy plays as well as it looks and sounds. The pixel art looks great and doesn’t overdue it on the retro influence. Your character sprite allows for plenty of cosmetic loot upgrades to your armor and weapons. The enemies are just as creative looking, and the castle never suffers from unplayable or boring randomly generated layouts. On top of this, Tettix & A Shell in the Pit have also put together a great ambient chiptune soundtrack. Every piece of Rogue Legacy fits together like it was a carefully authored experience, yet every game session feels unique.

My only frustration with Rogue Legacy is that I’m not better at it, as I have yet to put together an impressive run throught the castle. Of course, I’m sure some day one of my heirs will figure it out (hundreds of in-game years later) and maybe I’ll even try out New Game+. In the meantime, Rogue Legacy is about to go into heavy rotation in my playlist as one of the best indie titles of the year. Rogue Legacy is as much for the 2D action game fans as it is for hardcore roguelike fans and those gamers who have been looking for the best introduction possible to the genre.