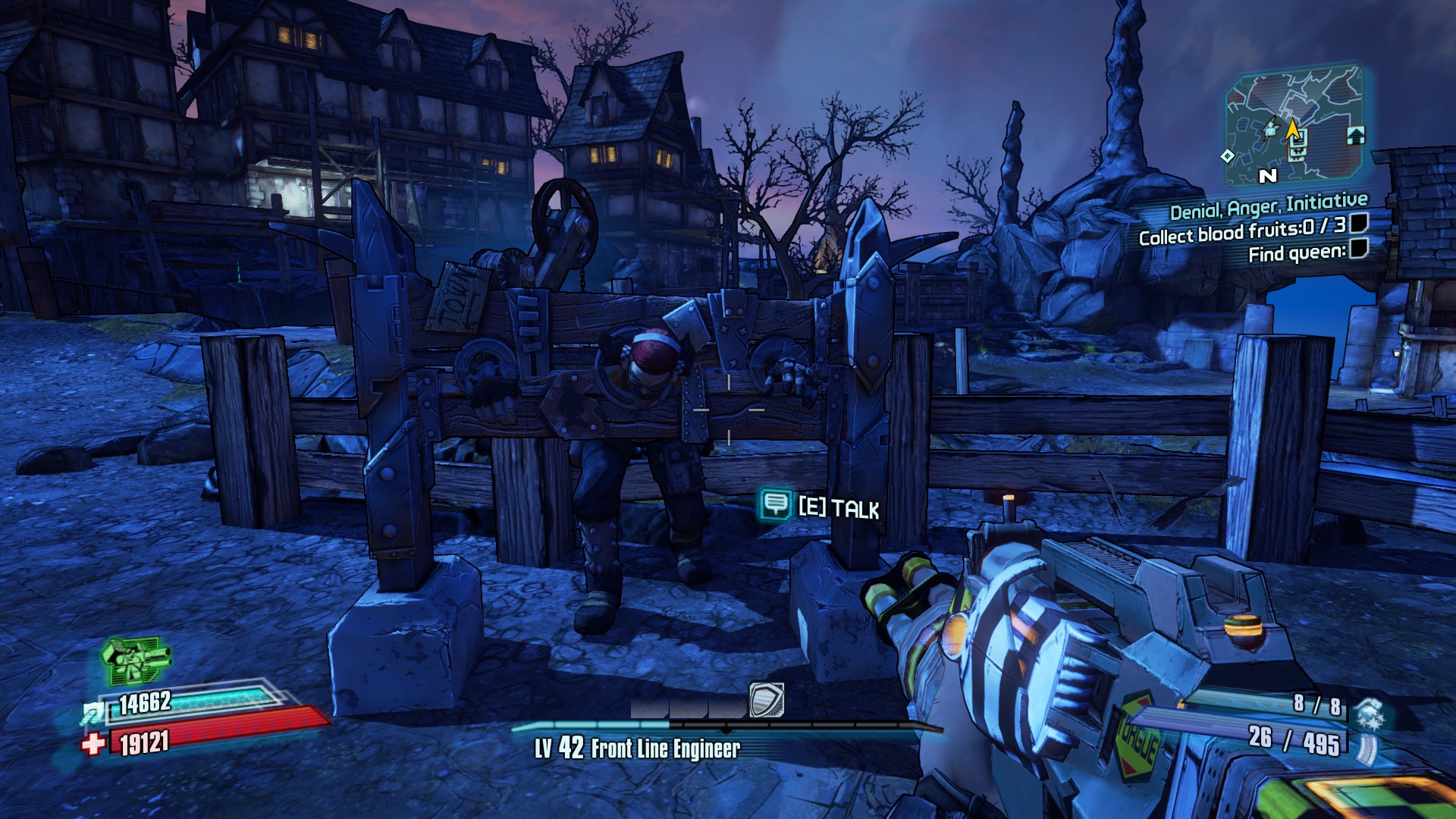 While I’ve felt pretty good about being an early adopter of the Borderlands 2 season pass, I’ve not exactly been overwhelmed by extra content that’s been made available since the game’s release. I’ve definitely gotten my money’s worth out of the package, the last 3 pieces of DLC played it a bit too safe for my taste. The content was different enough to tickle my curiosity but not enough to make spending too much time outside the game’s main story arch that enticing. Apparently, Gearbox wanted to save the best for last as Tiny Tina’s Assault on Dragon Keep is a great example of how to do DLC content right. For those looking for a bit of brevity in a review, go purchase it now, it’s great. 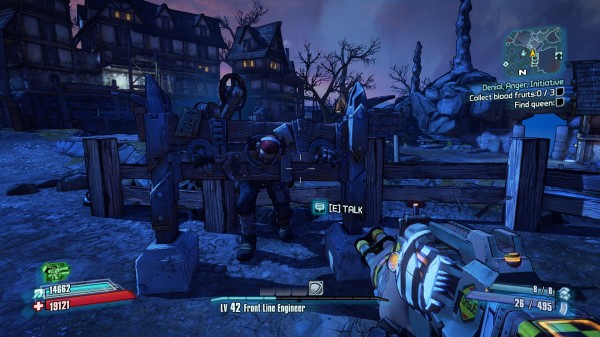 Things are about to get fantastical.

Stepping Outside the Lines

TTADK works so well  because it utilizes that same principles that made Red Dead Redepmtion: Undead Nightmare and most recently Far Cry 3: Blood Dragon such successes. Gamers need a break from the normalcy of a storyline, regardless of how ridiculous a premise is to begin with, and TTADK’s Dungeons and Dragons (or Bunkers and Badasses) allows it to have a bit of fun while not worrying about ruining canon. Instead of traveling to a new part of Pandora and partaking in quests within the game world, you’re instead thrust into a pen and paper RPG that’s being played by Borderlands 1 characters and the titular Tiny Tina (say that 5 times fast).

Because Tina is a an inexperienced game master, you’ll run into a bevy of amusing situations as the 4th wall is demolished when Tina struggles to create an enjoyable experience for her crew. For example, Tiny Tina doesn’t exactly have a grasp on how to properly balance the game and will sometimes throw challenges at you that are impossible to overcome. The cast quickly reminds her of this and with a poof of purple smoke, the game is altered. The poof of purple smoke actually factors into the game quite a bit as Tina adjusts the scenario. In fact, I began to consider it just as important of a character as everyone else I met.

The developers have gone above and beyond when it comes to creating content that makes TTADK feel fresh. The setting, enemies, characters and even music that is used to take Borderlands 2 from sci-fi to fantasy adventure were spot on and really did change the game quite a bit (though the mechanically it is still the same). Frankly speaking, I was surprised at the effort that went in to it and would have happily paid more money for such a well thought out piece of DLC (I hate using that word because this is much closer to an expansion).

While some of the enemies are re-skins of other characters from the BL2 universe, they’re done in a way that is quite seamless (the best example of this being the orcs). That being said  there are numerous other new and unique baddies to fight throughout, all of which have a fantasy flair to them.  I think my favorite opposition to face were the adventurer parties, which were groups of human enemies placed into fantasy archetypes that fought as a group. The most clever aspect of these enemy squads was how they utilized their roles when facing me, so the tanks absorbed damage, the archers hit from me afar and the mages bombarded me with AoE attacks. 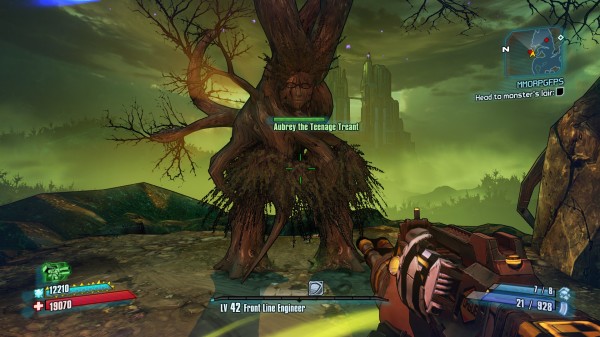 I didn’t know there were any teenage treants.

I found myself playing TTADK a bit differently than the other DLCs in that I wanted to explore every nook and cranny the game world offered. This was not solely because I wanted more loot (though the prospects of a sword shooting gun didn’t hurt anything), but because I was actually entertained throughout and wanted to see what was next. Outside of the fact that the dialogue and story were actually quite funny, I felt like every speck of map area was jam packed with things worth investigating. Even the fetch quests (which BL2 veterans are no stranger too) pulled me away every now and again.

What TTADK amounts to is a tongue in cheek love letter to pen and paper RPGs that fits surprisingly well in the world of Borderlands 2. I’m not sure if a Season 2 of DLC has been confirmed, but if so, this is a nice precursor to more Borderlands 2 zaniness from here on out.

See TTADK in action from our recent livestream: